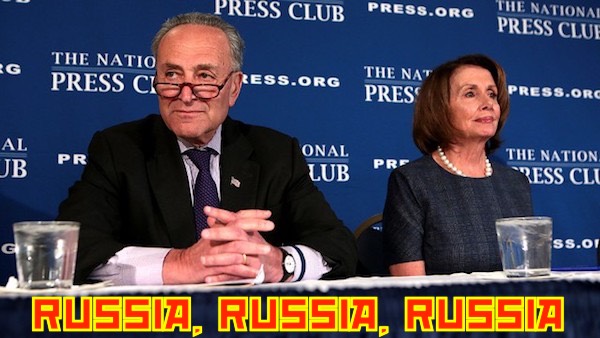 Its been a crazy year…some days there were 2-3 major stories/year, on others there was nothing. This being a presidential year there were a ton of campaign stories, and readers of this site got to see a behind the scenes look at the second presidential debate.

I started out the year writing on this site every day, Breitbart 2-3x week,  The Jewish Star weekly and Hot Air’s Green room.  Sadly after Andrew passed away, the Breitbart sites became more of a closed shop as writing was handled mostly by internal employees, and the nature of the Hot Air Green Room became a site for short posts by Hot Air and other Salem employees. On the other hand while reach in terms of sites shrunk, total number of readers for this site grew.  And I thank you, the readers for that.

On Sunday President Obama seemingly (and unnecessarily) committed US troops to a war with Iran. His statement “wiggle room,” a mistake an amateur would make. Today he took one giant step backwards from that over-zealous commitment making himself look like a wavering fool, totally void of any backbone.

As Barack Obama approached the podium at the AIPAC convention two days ago, Israel was not looking for the US to get involved in any attack, just to stay out of the way. On the other hand Obama had to balance is desire for an Israeli guarantee to wait for the severe sanctions to work (but they don’t even start for three months), and his political need to reverse the bad feeling in the Jewish community generated by three years of his administration’s anti-Israel policy.

#29: …And Yes, Barack Obama is a Marxist March 29,2012
Some who brand Obama Marxist use as their evidence his policies such as the takeover of the domestic auto business, Obamacare, “redistribution of income” etc. Others examine his associations, from Frank Marshall Davis and Bill Ayers to people he hired such as Van Jones and Rev. Jim Wallis. While valid, the examples above are purely circumstantial.

I use a simpler and more direct method of proving my case. When the President was running for the Illinois State Senate, not only did he run with the endorsement of a local socialist organization, but also he signed a contract with one of them, The New Party. The party was a Marxist Political coalition. This was not guilt by association thing. Senator Obama sought out their nomination. He was successful in obtaining that endorsement which required that he sign a contract with the group.

#28 Dave Weigel Calls Me a Troll-Is Exposing Changes In the DNC Platform Trolling? September 9, 2012— Dave Weigel, is perhaps most famous as the”Conservative” columnist who was outed when the Daily Caller exposed the Journal-list, a cartel of liberal writers who conspired to slant stories Obama’s way in 2008.   A week after the Democratic party convention, Dave was calling me a Troll for doing some investigative work regarding the Democratic platform.  He said he meant it in a nice way….he got all his facts wrong.

#26 The REAL Al Sharpton: Incitement of the 1991 Crown Heights Pogrom  March 27, 2012–Al Sharpton is a user.  He exploits tragedy to get headlines for himself.  It’s what he did in the Trayvon Martin Case–it’s what he has done his entire career.  Though this story has been told before, I thought it appropriate to reexamine some the exploitative handiwork of this Reverend who has long forgotten the golden rule, a purveyor of hatred who  is given a place of honor as a civil rights leader by the mainstream media and by the President of the United States. Twenty-one years ago a tragic car accident in Crown Heights Brooklyn escalated into a pogrom against the Jewish people, thanks in part to this faux-preacher.

Back in the days Capitalism was taught in public schools as the best economic. For those of you who were taught that the various forms of Marxism (such as Socialism, Communism or Fascism for example) were just as viable as Capitalism ask anyone who graduated High School prior to the mid-80’s, they will back me up on this point.

What the hell did they teach kids in Hawaii 40 years ago?? We learned that the way to lower prices was to increase supply or lower demand. Either they didn’t teach that in Hawaii or President Obama played hooky during those lessons, because he constantly demonstrates a lack of understanding of the basic assumptions of capitalism.

#24 The Obama Administration’s 15+ Scandalous “Achievements” April 22, 2012
Sometimes I think my conservative compatriots go a bit too far.  They say that the three-year-old Obama administration is totally void of achievement. That is total nonsense; in three short years Barack Obama has increased the national debt by $5 trillion dollars, that’s more than George Bush did in eight years and almost as much as every president from Washington-Clinton combined.

I don’t want to give you the impression that Obama’s only achievement was the record increase in debt, but the man who promised change Washington D.C. can also count some scandals among his achievements. Posted here were just some of his “achievements.”

#23 If Bain Capital Is So Evil Why Did Obama and All These Democrats Take Their Donations? July 17,2012.  This is an example of the sources are available to everyone-all you gotta do is look. .  When the progressives started attacking Bain Capital, I went to Opensecrets.com to expose their hypocrisy. According to the Democratic Party, Bain Capital is nothing but a bunch of vampire capitalists. They outsource jobs to other countries, close steel mills and take lollypops from little babies.  According to Open Secrets, during the present election cycle these Democratic Party candidates took a total of $340,750 from Bain, its lobbyists and employees. Even the Obama re-election campaign took money from Bain Capital. So if the Democrats believe Bain is so evil, why are these candidates taking their money?

#22 Robert Gibbs Confirms Existence of Obamacare Death Panels August 19, 2012 They all laughed at Sarah Palin when she started talking about death panels.  They aren’t called that but the President Obama’s health care law empowers  IPAB an “unelected, unaccountable” panel of bureaucrats to make decisions that will cause people to lose access to health care treatments. Who says so? After a bit of adept questioning by Fox’s Chris Wallace–Robert Gibbs, Obama’s former press secretary admitted it.

Angelina Marrero . . . Cynthia Martinez . . . Luz Ramos . . . Mayra Rentas . . . Olga Garcia . . . Garnette Ramautar . . . Kareem Brunner their names will forever be remembered as the seven victims of the massacre at Freddy’s Fashion Mart.  Their deaths can be traced to the racial incitement of one man.. the faux Reverend Al Sharpton.

The United House of Prayer, a large African-American church was also a major landlord in Harlem. They raised the rent Freddy’s Fashion Mart, a Jewish-owned clothing store which had operated from the same Harlem location for over 40 years. In turn Freddy’s had to raise the rent on its sub-tenant, a black-owned record store. A landlord-tenant dispute ensued. As he has done so often in his life, Al Sharpton turned this non-racial economic dispute into a racial conflict.