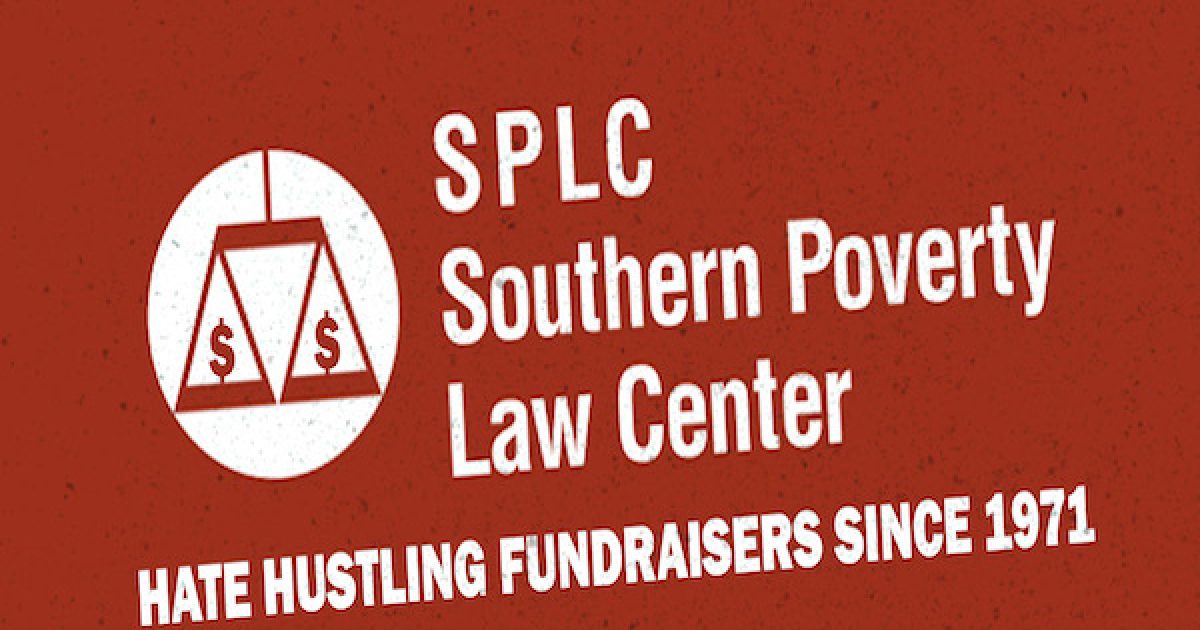 Senator Tom Cotton (R-Ark.) sent a letter today to Commissioner of the Internal Revenue Service Charles Rettig urging an investigation into whether the Southern Poverty Law Center (SPLC) should retain its classification as a 501(c)(3).

The letter said in part:

“Recent news reports have confirmed the long-established fact that the SPLC regularly engages in defamation of its political opponents. In fact, the SPLC’s defining characteristic is to fundraise off of defamation.

Cotton is correct, the SPLC is an over-the-line, liberal, loony-toons group dedicated to fighting anybody or anything that identifies as conservative. It’s supposedly an anti-hate group, but it has been spreading lies, misinformation, and hate for years.  The SPLC targets many groups and people as “haters” who aren’t actually spreading hate but have different political or religious beliefs than the SPLC.  The SPLC thinks that orthodox Christians are “hate-filled” for their belief that gay marriage is a sin.

SPLC’s lies have led directly to violent attacks on conservative organizations like the Family Research Council and the more recent shooting of Rep. Steve Scalise. And in a case that was crazy even for them, was the SPLC’s slandering of a peaceful Muslim as an Islamophobic extremist. Maajid Nawaz is a former Muslim extremist who now spends his time fighting against the spread of radical Islam in the West. For his efforts, he was threatened with death by Islamists, and been slandered as an “Islamophobe” and a hate group by the SPLC. Maajid Sued in June 2017, and a year later the SPLC settled with Maajid for $3,375,000 and a public apology.

This business model has paid well. The SPLC has accrued more than $500 million in assets. According to the group’s most recent financial statement, it holds $121 million offshore in non-U.S. equity funds. The SPLC uses these assets to pay its executives lavish salaries far higher than the comparable household average.

Further, CNN reported that the organization ‘suffers from a pervasive racist culture,’ and the SPLC’s leader has ‘been disciplined after a prior investigation into inappropriate conduct.’ The New York Times has charitably described the organization as ‘in turmoil’ and cited employees’ claims that SPLC leadership is ‘complicit in decades of racial discrimination, gender discrimination, and sexual harassment and/or assault.’

Based on these reports, and in the interest of protecting taxpayer dollars from a racist and sexist slush fund devoted to defamation, I believe that the SPLC’s conduct warrants a serious and thorough investigation.”

Gee $500 million in assets? For a non-profit. it sure makes a lot of profit. And that’s what Charity Watch thinks also. They gave the group an “F” rating : 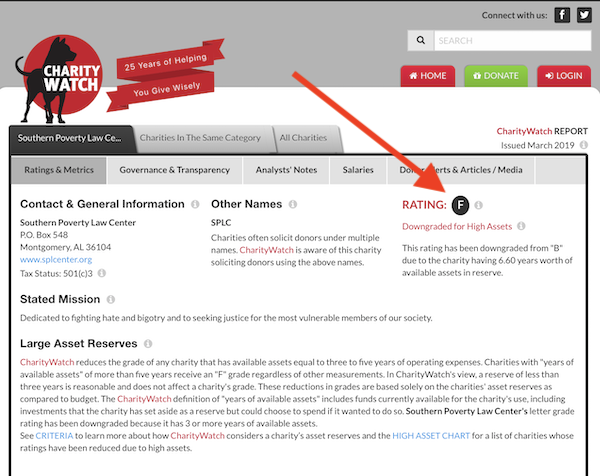 Last month, the SPLC’ lost their leadership. Its founder, Morris Dees, was fired for “workplace misconduct.” Its president, Richard Cohen, and its legal director, Rhonda Brownstein, were forced to resign, and many current and former staffers publicly accused the SPLC of institutional racism and ignoring widespread sexual harassment.

“Perhaps the SPLC was founded for a notable purpose and decades ago, it performed some good work, but what is left of the SPLC is no longer operating in a consistent manner with the IRS guidelines and applicable law, Based on this concerning information, and the flood of recent reports, I encourage you to take immediate action,”

Hopefully, his words will be heeded. The SPLC hasn’t been well-intentioned in a long time. It started as a civil rights organization with good intentions, fighting racists such as the KKK. However, in recent years it has gone crazy.  The SPLC unjustly leveled accusations of racism. They branded as “bigoted” many groups and individuals whose only crime lies in their refusal to embrace the SPLC’s left-wing agenda,   including Tea Partiers, The Federation for American Immigration Reform (known as FAIR), Christian organizations that don’t believe in same-sex marriage or abortions. Heck, they even declared the term “Drain The Swamp” as racist which is ridiculous charge unless of course comic character “Swamp Thing” really exists.

My Mother, of blessed memory, taught me the only way to stop a bully from bullying is to stand up to them, look them in the eye, and push back…I hope Senator Cotton’s push back works.