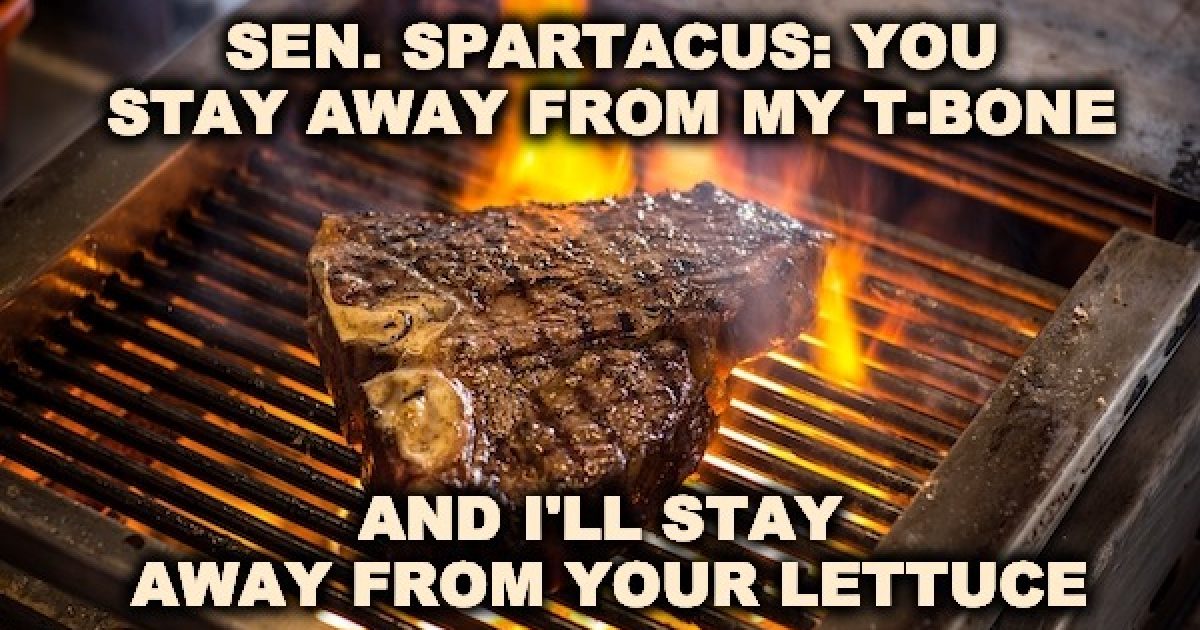 Scratch a liberal Democrat, find a tyrant seeking to influence every aspect of your life.  In an interview with the vegan magazine VegNews, 2020 Democrat presidential hopeful Cory “Spartacus” Booker declared that planet Earth “simply can’t sustain” people eating meat, even though it has done so for millennia.

Although Booker claimed he really doesn’t want to tell people what to eat, he did say that “Americans need to be nudged into fake cheese because the planet cannot sustain the ‘environmental impact’ of the food industry,” the Washington Free Beacon reported.

“You see the planet earth moving towards what is the Standard American Diet,” he said. “We’ve seen this massive increase in consumption of meat produced by the industrial animal agriculture industry.”

According to Booker, as China and Africa “…move toward consuming meat the same way America does because we just don’t have enough land.”

“The number-one reason for rainforest destruction now is animal grazing land. We see greenhouse producing gases produced; the devastating impact is just not practical.” Here we go again with the animal farts. It’s time for livestock to tell the global warming crazies what John Cleese said in “Monty Python And The Holy Grail.” 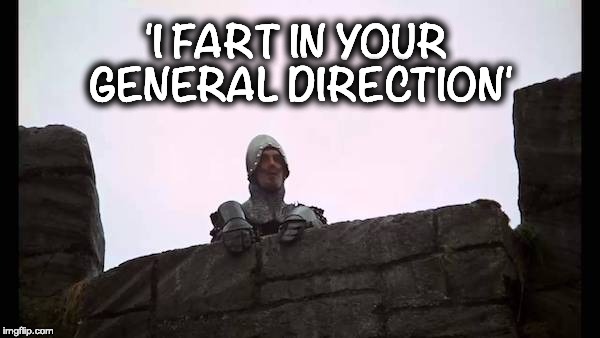 Booker also declared that while government shouldn’t dictate Americans’ diets, efforts should be made to offer alternatives he thinks consumers will like better.

Booker is not alone in calling for transformations of major sectors of the U.S. economy. The 2020 Democratic presidential field has already called for the elimination of private health insurance, and to “reshape” capitalism.

Booker, along with every other prominent 2020 liberal candidate, signed on to the Green New Deal, which calls for the “economic transformation” of the United States by transitioning to 100 percent renewable energy in just 10 years. Renewable energy currently accounts for just 17 percent of electricity generation.

The Free Beacon also noted that Booker “became vegan after coming to the realization that eating eggs ‘didn’t align with my spirit.’”

Sorry, Cory, but “fake cheese” and politicians like you interfering with my dietary choices doesn’t align with my spirit, either. Or to paraphrase Charlton Heston, “Senator Spartacus, You can have my steak when you can pry it from my cold dead hands.”