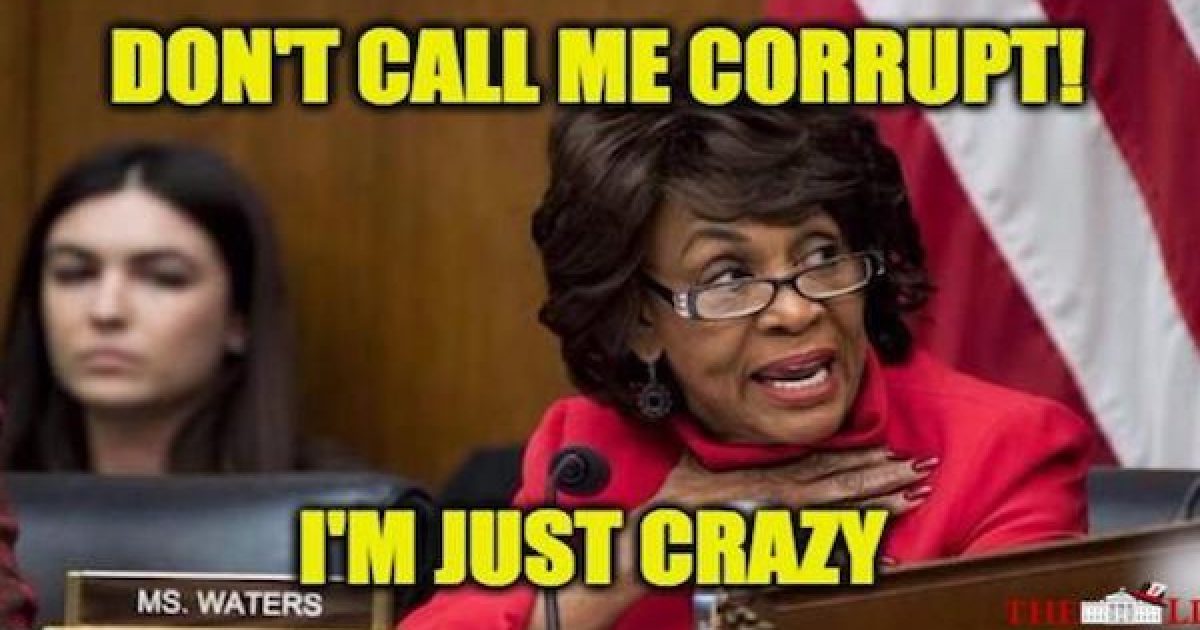 Waters made the comments during an interview Sunday on MSNBC’s AM Joy, calling Trump allies unpatriotic and insisting they don’t possess the intestinal fortitude to stand up for America.

“The president is all about himself. Now, if you want to know something, I am disgusted with those spineless members of the Senate who don’t have the guts to stand up for this country.

Do I want to know something? There’s very little that comes out of Water’s corrupt mouth that most people want to know—the only exception is people who saw The Joker and didn’t think the character was crazy enough.

“Many of them have defined themselves as patriotic. They’re not patriotic, they are spineless, and they’re not willing to step up and do what needs to be done in recognizing the danger of this president.”

Is Maxine brave? Or Patriotic?  If one believes corruptly enriching one’s family and when getting caught making one’s grandson take the hit—is brave and patriotic, well then the answer is yes.

“I have no respect for any senator, any member of Congress, who is not willing to put themselves on the line for this country,”

In 2017 the Free Beacon reported that Karen Waters has been paid over $600K by her mother since 2006, the bulk of that money coming from campaign dollars.

In 2010 Waters was accused of helping an unsound bank (OneUnited) receive government aid to help her husband, who was an officer and stock-owner of the bank. She avoided any problems by throwing her grandson under the bus.

Waters avoided the ethics charges by getting her Grandson and Chief of Staff, Mikael Moore, to take the fall.

So, what does Mad Maxine consider to be courageous and patriotic as opposed to Americans who support their president?

Maybe Mad Maxine thinks it was brave when she called on Americans to take to the streets screaming, calling for Trump’s head, and was the initial instigator of political violence, telling supporters to harass administration officials in public every chance they get.

Meanwhile, last week the woman calling others “spineless” complained that President Trump was “setting some of us up to be killed.” “I mean, I can’t go to the grocery store anymore by myself,” she whined. But is that because of  President Trump or because the supermarket knows how you tried to steal from the American public and they are afraid you were going to steal from them also.

A video of Mad Maxine’s rant is below.