Dem Congressman Wants To Amend US Constitution, But He Doesn’t Understand It 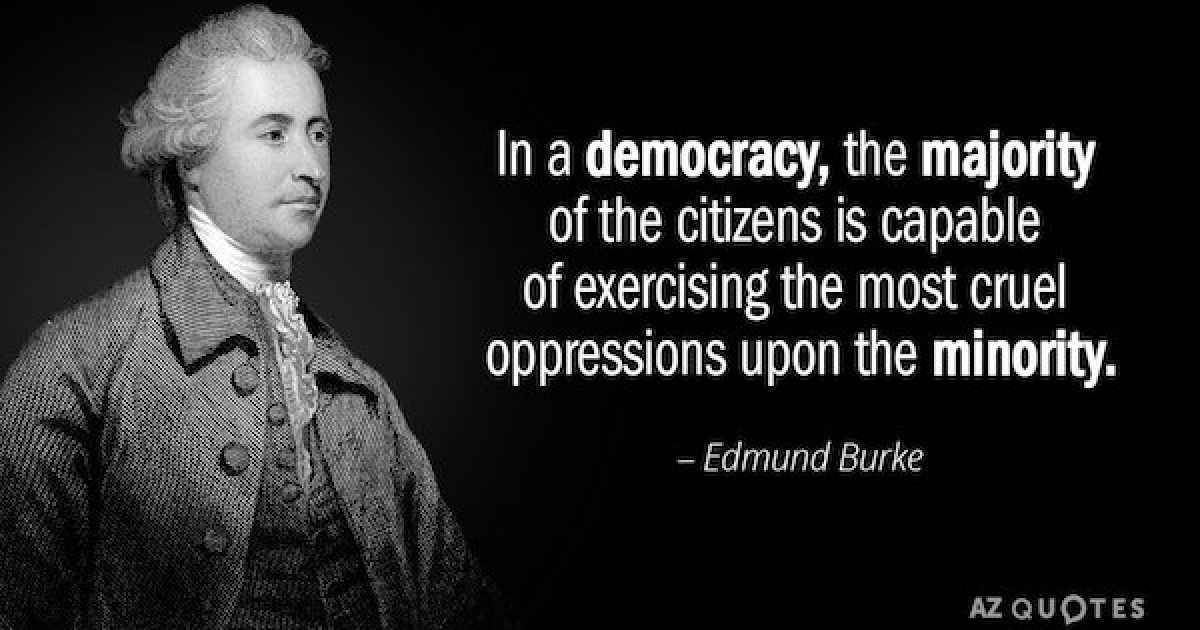 Once again a Democrat refuses to understand how the framers built the United States Constitution. They not only built it as a check on the power of a national government but also check on “ the tyranny of the majority.” It was crucial to the founders to check the powers of the big states, to prevent them from dominating and taking away the voices of the smaller ones. The constitutional framers were determined to prevent the inherent dangers of what Alexis de Tocqueville called “the tyranny of the majority.” So they constructed something more lasting: a republic—something with checks and balances. A system of government carefully balanced to safeguard the rights of both the majority and the minority. The way they ensured that in the constitution was the Senate and the Electoral College.

Rep. Steve Cohen (D-TN) doesn’t believe in preventing the tyranny of the majority. On the first day of the new Congress,  the far-left Cohen introduced two constitutional amendments one of the two eliminated the Electoral College the other put checks on presidential pardoning power.

“In two presidential elections since 2000, including the most recent one in which Hillary Clinton won 2.8 million more votes than her opponent, the winner of the popular vote did not win the election because of the distorting effect of the outdated Electoral College. Americans expect and deserve the winner of the popular vote to win office. More than a century ago, we amended our Constitution to provide for the direct election of U.S. Senators. It is past time to directly elect our President and Vice President.”

It also happened twice in the late 1800s. Overall in the history of our constitutional government, there were only five presidential elections where a candidate won the presidency without winning the popular vote, John Quincy Adams in 1824, Rutherford Hayes in 1876, Benjamin Harrison in 1888, George W. Bush in 2000 and Donald Trump. In 53 of the 58 total presidential elections (91%), the popular vote agreed with the electoral college.

The 2016 election was the perfect example of the big state vs. small state reason for the electoral college. Hillary Clinton won the popular vote by almost 2.9 million voters. She received 4.3 million more votes in California and 1.7 million more in New York. Take those two away, and she loses by over 3 million voters.   That’s what the founders were trying to prevent the opinions and strategies of two large states from electing the president.

Another way the founders protected the small states was the procedure to amend the constitution. First, it needs to be passed by a two-thirds majority in each of the two houses of Congress. So the Senate provides a check on the big states.  After it’s approved by Congress, an amendment needs to be ratified by three-quarters of the states, a broad coalition of big and small states. This check on the Tyranny of the majority is one of the reasons that this amendment will never be part of the Constitution.

Cohen’s second proposal is more of a direct swipe at President Trump:

“Presidents should not pardon themselves, their families, their administration or campaign staff.  This constitutional amendment would expressly prohibit this and any future president, from abusing the pardon power.”

This is Cohen’s second attempt to push this amendment through. The first time was in November 2017. His rationale is that he would like to see the entire Trump family in prison. As reported by the Hill, Cohen is a big believer in the Mueller witch hunt and previously predicted that Trump’s eldest son, Donald Trump Jr., and his son-in-law Jared Kushner will both be indicted by special counsel Robert Mueller. He did not offer evidence for his assertion.

It is doubtful that either amendment will get out of Congress because of another principle was put forth by the framers of the constitution using different words,  “the tyranny of one congressional blowhard.”

the tyranny of the majority.