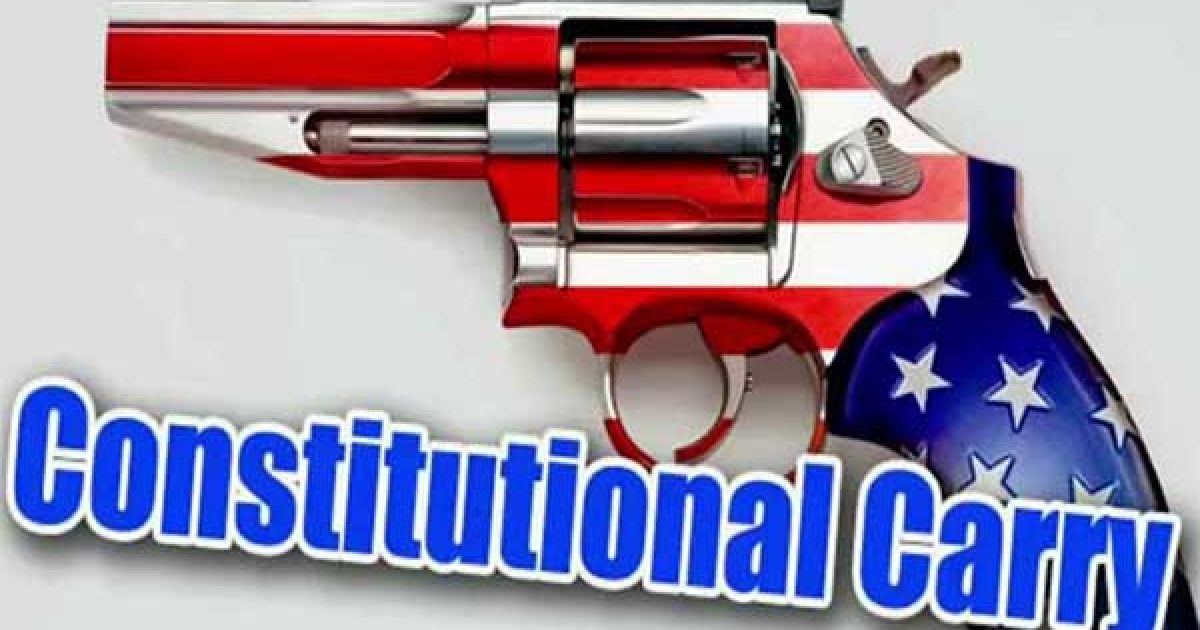 It’s almost funny to me that we have to even sit through these pieces of legislation when our own Constitution is clear in that the God-given right to keep and bear arms shall not be infringed.  However, instead of simply enforcing those words and not requiring a permit to either carry concealed or openly, political bureaucrats believe it is their duty to write more words to deal with pretended legislation that infringes on the people’s rights.

Thus, in Michigan, the House just passed the House.

In a piece titled “Michigan House passes bills allowing concealed pistol carry without a license,” as if we need to be “allowed” to exercise our rights by our representatives, Emily Lawler reports:

House bills 4416 through 4419strike the requirement that a Michigander have a license to carry a concealed weapons. People banned from possessing firearms would be banned from carrying them as well. The bills also reduce penalties for certain infractions relating to carrying a pistol without proper identification or disclosure as well.

Rep. Michele Hoitenga, R-Manton, is a sponsor of one of the bills. She and other sponsors refer to the bills as “constitutional carry” in reference to the second amendment enshrining the right to bear arms.

“People who can legally own a gun should have every right to carry a concealed pistol without jumping through bureaucratic hoops and landing on a list,” Hoitenga said.

But some Democrats, including Rep. Jewell Jones, D-Inkster, spoke against the bill. Jones questioned why the right to carry a weapon should override the right of people to live their lives and feel secure.

“What about the young black and brown men, men like me, who are killed every day?” he asked.

Well, there are several things here.  First, doesn’t it strike anyone else that we are losing the war often in politics in the way we are handling things and the terms we use?

I mean, people use the term “gay” to refer to sodomites and lesbians, we use “affair” to speak of adultery, we use “untruths” to speak of lies and on and on.

Consider that this bill is referred to as “Constitutional Carry.”  What does that mean?  Doesn’t that imply that the words in the legislation are simply reiterating what is in the Constitution in the first place?

If that is true, and it is, then why write more words?  Why not just enforce the limits of government, which is bound by those words?  Wouldn’t that be simpler?  I think it would.

I agree with Rep. Hoitenga, people should not only be able to obtain a weapon, and without a background check (because government should be exercising capital punishment in the form or the death penalty for anyone who commits violent crimes such as rape, murder, kidnapping and so on, and a few other crimes, which would eliminate the need for background checks), and be able to “keep” those arms and “bear” them.

Just so we’re clear on what those words actually mean, let’s let founding father Noah Webster define them for us.

1. To hold; to retain in one’s power or possession; not to lose or part with; as, to keep a house or a farm; to keep any thing in the memory, mind or heart.

2. To have in custody for security or preservation.

The crown of Stephanus, first king of Hungary, was always kept in the castle of Vicegrade.

The Lord God, merciful and gracious, keeping mercy for thousands–Exodus 34:18.

Webster then goes on to define the term “bear” as:

BEAR, verb transitivepreterit tense bore; participle passive born, borne. [Latin fero, pario, porto. The primary sense is to throw out, to bring forth, or in general, to thrust or drive along. ]

1. To support; to sustain; as, to bear a weight or burden.

2. To carry; to convey; to support and remove from place to place; as, ‘they bear him upon the shoulder; ‘, ‘the eagle beareth them on her wings.’

3. To wear; to bear as a mark of authority or distinction; as, to bear a sword, a badge, a name; to bear arms in a coat.

So, when we read the Second Amendment, the idea is that the people have the right to both keep and bear arms, to have them in their custody for security and preservation, to wear them (or carry them).

Friends, no further legislation is needed in any state, but for the people to simply tell their representatives they have overstepped their bounds and have become lawbreakers because they acknowledge our rights come from God and then seek to usurp them, and the Second Amendment isn’t the only law they are breaking.

The laws of the Constitution have always been for those in government, not for the people of the states they represent.

As for Rep. Jewell Jones question, I have an answer.  What about it, Sir?  Why don’t you man up and start taking responsibility for the security and protection of yourself and your family and ensure that those around you are able to do so rather than leave them defenseless and yourself, as well?

There was a time in our country when men knew the answer to Jones’ question.  Sadly, men have become emasculated and effeminate in the wake of the modern feminist movement

Additionally, the report mentioned Rep. Jim Runestad, R-White Lake, who “said he found that comment ironic because historically gun laws were established to keep black and brown people from owning guns. And he was among a handful of supporters who made the argument that Michiganders can already open carry guns with no training or permit.”

“The legislation would repeal these unnecessary criminal penalties for putting on a coat over a gun,” Runestad said.

Personally, I believe the Second Amendment already does that.

While I applaud the fact that those pushing the legislation in Michigan recognize the right of the people to keep and bear arms how they please, the words of the Constitution’s Second Amendment are already there.  Why are we not simply attacking every single piece of legislation and removing it that challenges those rights?