‘The Week’ Claims The Constitution Is ‘An Outdated, Malfunctioning Piece Of Junk’ 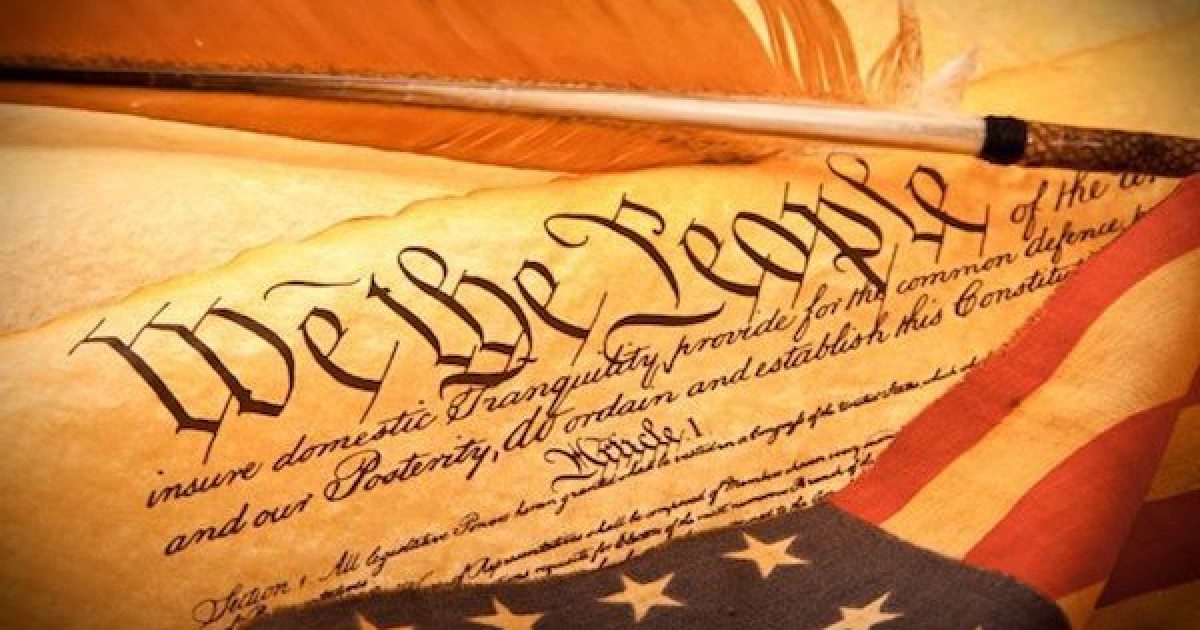 On Friday, Ryan Cooper said in an article posted at the left-wing “The Week” that the U.S. Constitution is an “outdated, malfunctioning piece of junk” and should be replaced.

America’s Constitution is terrible. Let’s throw it out and start over: https://t.co/ASh6FLvZky pic.twitter.com/pdWtYSlwiO

“When written, the Constitution made a morally hideous compromise with slavery that took a war and 750,000 lives to make right. And while its basic structure sort of worked for a while in the 20th century, the Constitution is now falling prey to the same defects that have toppled every other similar governing document the world over,” he wrote.

To the liberals, the 3/5th figure is an indication that our founding fathers were a bunch of racists who thought that the African Slaves were less than human.

The truth is that it was the framers of the constitution from the northern anti-slavery colonies who insisted on counting the slaves as less than “full persons.” Their reason was to prevent the slave states from getting too many congressmen and electoral votes lest they become too powerful and prevent Slavery from ever being abolished.

The Northern States did not want them counted at all, to prevent the south from getting too powerful. The “three-fifths of all other Persons” refers to the slave population as a whole, it was not an indication of a belief that people of color had only 60% of the “value” of Caucasians

Slavery will always be a horrible chapter in American History,  but the three-fifths compromise was not. The three-fifths clause was not a measurement of human worth; it was an attempt to reduce the number of pro-slavery proponents in Congress. By including only three-fifths of the total numbers of slaves into the congressional calculations, Southern states were actually being denied additional pro-slavery representatives in Congress and electoral votes for selecting the president. And it worked because, without that compromise, American wouldn’t have been able to elect an Anti-Slavery President, Abraham Lincoln.

Mr. Cooper continues with “The truth seems clear, America is going to have to overhaul its basic structure of government, or eventually, it will fall to pieces.”

One of the biggest problems with the Constitution as written is it makes changing anything nearly impossible. Other countries regularly ditch or overhaul their constitutions to deal with new problems — and even America has done so in the distant past. When the first stab at a U.S. Constitution proved totally unworkable, Americans of the day didn’t fuss around with stipulations that “the Union shall be perpetual.” Instead they threw the whole thing out and started from scratch.

What Cooper is referring to here is the Articles of Confederation, which didn’t work at all.

So what does Cooper suggest?  For starters, he wants a parliamentary system of government similar to those in Europe, and he wants the House of Representatives to select the president:

The point of “separation of powers” was to create a check on tyranny, but it has ironically worked to increase tyranny and undermine democracy. The separate executive branch is a major factor behind the rise of the lawless imperial presidency in the United States, and most other American-style constitutions fell apart due to standoffs between the president and legislature.

The idea of trashing the entire Constitution and its “ancient, janky mechanisms” certainly did get a response. Let’s throw it out and start over?

p.s. The Constitution is brilliant, especially if we actually followed it. https://t.co/ujRyzsknGB

At least the left is honest now about its hatred for our system of government. https://t.co/mGlHDiM5da

Democrats after losing an election: https://t.co/E8bh7W2Eyx

Indeed, this certainly seems like sour grapes on steroids.

Essentially, what Cooper is saying translates to: “My candidate lost, so let’s completely destroy the country so I can have my way.”

If Americans don’t like the Constitution, they can work towards amending it – something we’ve done 27 times since 1789.

Otherwise, stop complaining. You’re free to seek another form of government in another country. Don’t let the door hit you on the way out. https://t.co/F6bHpiXhUf