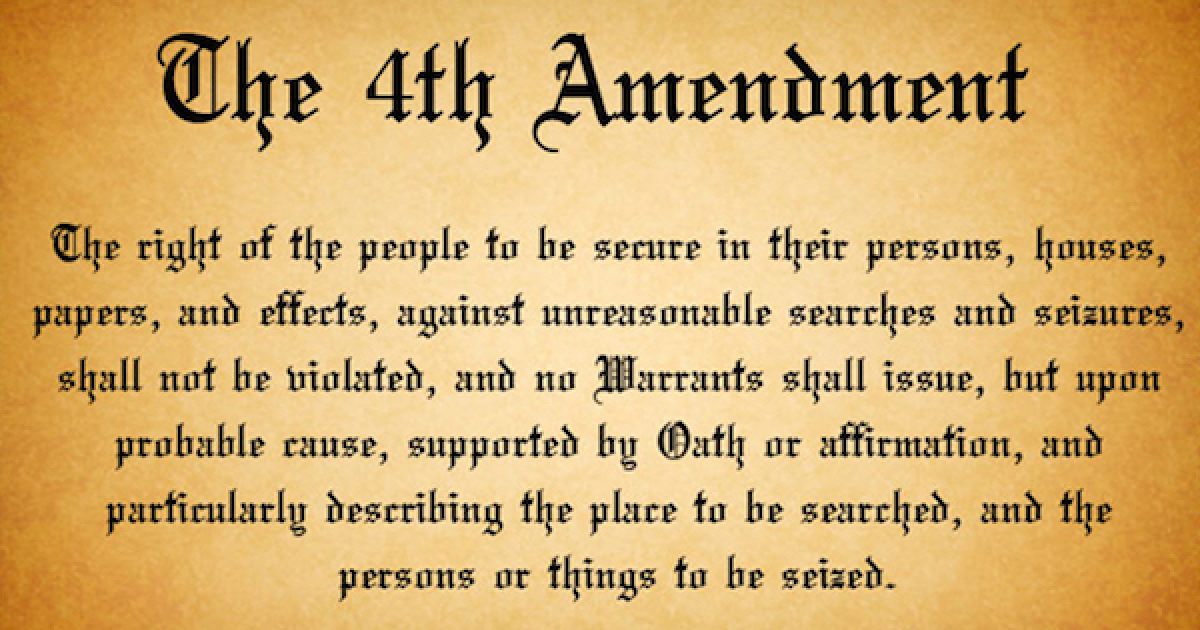 Here’s another Obama Administration affront the the 4th Amendment. Reuters has revealed that the Drug Enforcement Agency (DEA) has created a special unit which illegally uses data from intelligence intercepts, wiretaps, informants and a massive database of telephone records to launch criminal investigations of Americans.  Most of these investigations have little or nothing to do with the national security which was the rationale for obtaining the source information in the first place.

To hide the program they are teaching agents how to hide how such investigations truly begin – not only from defense lawyers but also sometimes from prosecutors and judges:

The undated documents show that federal agents are trained to “recreate” the investigative trail to effectively cover up where the information originated, a practice that some experts say violates a defendant’s Constitutional right to a fair trial. If defendants don’t know how an investigation began, they cannot know to ask to review potential sources of exculpatory evidence – information that could reveal entrapment, mistakes or biased witnesses.

“I have never heard of anything like this at all,” said Nancy Gertner, a Harvard Law School professor who served as a federal judge from 1994 to 2011. Gertner and other legal experts said the program sounds more troubling than recent disclosures that the National Security Agency has been collecting domestic phone records. The NSA effort is geared toward stopping terrorists; the DEA program targets common criminals, primarily drug dealers.

“It is one thing to create special rules for national security,” Gertner said. “Ordinary crime is entirely different. It sounds like they are phonying up investigations.”…

…The unit of the DEA that distributes the information is called the Special Operations Division, or SOD. Two dozen partner agencies comprise the unit, including the FBI, CIA, NSA, Internal Revenue Service and the Department of Homeland Security.

This collection and use of personal data is much worse than the NSA scandal revealed in June. In that case while the ends (national security) may not have justified the means, but in this latest revelation there is no justification for either.  It is an simply an “illegal search”  for a criminal case. The DEA must know their methodology is tainted, why else would they be training their agents to cover it up?

A former federal agent in the northeastern United States who received such tips from SOD described the process. “You’d be told only, ‘Be at a certain truck stop at a certain time and look for a certain vehicle.’ And so we’d alert the state police to find an excuse to stop that vehicle, and then have a drug dog search it,” the agent said.

After an arrest was made, agents then pretended that their investigation began with the traffic stop, not with the SOD tip, the former agent said. The training document reviewed by Reuters refers to this process as “parallel construction.”

The two senior DEA officials, who spoke on behalf of the agency but only on condition of anonymity, said the process is kept secret to protect sources and investigative methods. “Parallel construction is a law enforcement technique we use every day,” one official said. “It’s decades old, a bedrock concept.”

A dozen current or former federal agents interviewed by Reuters confirmed they had used parallel construction during their careers. Most defended the practice; some said they understood why those outside law enforcement might be concerned.

“It’s just like laundering money – you work it backwards to make it clean,” said Finn Selander, a DEA agent from 1991 to 2008 and now a member of a group called Law Enforcement Against Prohibition, which advocates legalizing and regulating narcotics.

Last time I checked…money laundering is a crime.

Despite the best efforts of the progressives who run the Senate and the Executive Branch, the Constitution of the United States has not been overturned. Reasonable people can argue with the  information discussed above should be used for national security reasons, however there should be no argument whether the data can be used to launch criminal drug prosecutions.  The 4th amendment says no!

This Obama Administration exploitation of personal information needs to be stopped today!

Ed Morrissey is Asking if the DEA is Going NSA