Constituent Confronts Mad-Maxine Waters, I Want To See YOU Impeached 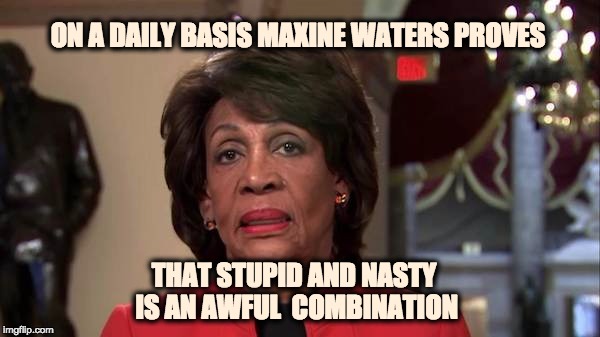 By Joe Newby and Jeff Dunetz

On Monday, Josh Caplan, editor-in-chief of Vessel News, posted a video to Twitter of a conversation between Rep. Maxine Waters, D-Calif., and a Trump-supporting constituent who wanted to know why she is so obsessed with impeaching the president.

Waters responded with a string of mostly fact-free talking points and conspiracies, including one in which she claimed Trump and Putin are working to bring America down over oil.

Here’s a partial transcript posted by the Gateway Pundit:

Constituent: “Well I just want to talk about your representation in Washington and our President as well.

Waters: “I can’t stand him! He’s the most horrible man I’ve ever seen in my life!”

Constituent: “I love my President.”

Waters: “I’m glad you do! Your President is a dishonorable, lying man. He mocked a journalist. I’ve never seen a grown man do that! He talked about grabbing women by the private parts. He’s lies everyday. He’s in bed with Putin and the Russians about oil! And everybody around him are allies with the Kremlin and with the Oligarchs of Russia. They’re gonna take us down!”

The unidentified constituent, however, made it clear to Waters that she would “work every day to make sure that [Trump] isn’t impeached and that” Waters is.

The California Democrat responded by saying that a congresswoman can’t be impeached, which is true, although she can be censured, kicked out of Congress or voted out, which is what should have happened when she got caught using federal funds helping her Husbands bank.

NEW: Constituent confronts Maxine Waters: “I’m going to work every day to make sure that [Trump] isn’t impeached and that you’re impeached.” pic.twitter.com/Bcv55wmpJx