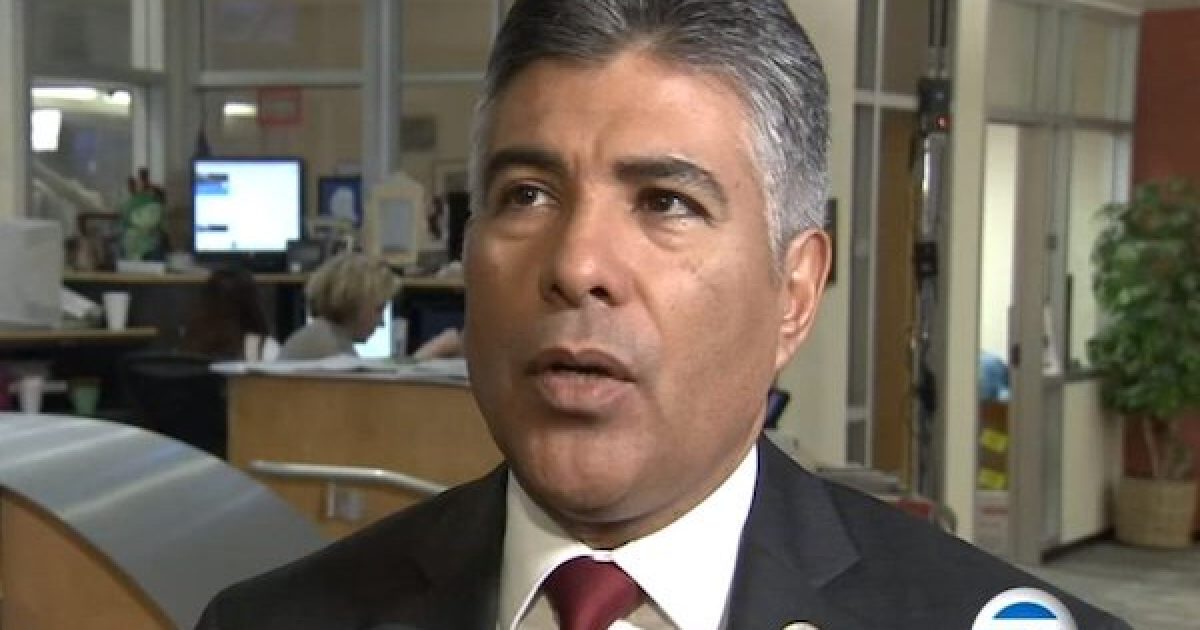 The House Committee on Ethics approved a defense fund that allows Dem Rep. Tony Cardenas to receive up to $5,000 annually from donors to cover legal costs for a molestation allegation against him.

Silence from the MSM… This should be investigated, and if there’s any supporting evidence and the girl is credible, this guy has no business in Congress. I don’t care what party he is with.

Keep this in mind when you vote in November that there’s two standards of justice rule, one for Democrats, minorities, and the well connected, another for Conservatives, Whites, Christians, and Republicans.

The House Committee on Ethics approved a defense fund that allows California Democratic Rep. Tony Cardenas to receive up to $5,000 annually from donors to cover legal costs for a molestation allegation against him.

Cardenas was accused of drugging and molesting a 16-year-old girl whose father worked for him at the time in 2007, when he was a Los Angeles City Council member, according to reports by Politico. The girl, who was a rising golfer, went with the Democratic lawmaker to a golfing event and collapsed after drinking a glass of water that Cardenas gave her, which she recalls “tasted distinctly different from both tap and filtered water.”

The girl alleged that en route to the hospital, Cardenas touched her breasts and genitals. She did not tell anyone because she feared his power and influence in the community, according to Politico.

Because the incident happened before Cardenas became a congressman, it may not be fodder for investigation by the Ethics Committee. However, because the accuser’s father was employed by the congressman, that may give the committee means to probe further, although it is unclear if they will.

Cardenas is being sued in California state court for allegedly drugging and fondling a teenage girl in 2007, when the Democratic lawmaker was serving on the Los Angeles City Council.

In court documents, Cardenas’ accuser — who is now in her 20s — said he invited her to a golf outing. The woman was a rising young golf star at the time. After receiving a drink of iced water from Cardenas that “tasted distinctly different from both tap and filtered water,” the then-teenage girl collapsed. Cardenas took her to the hospital, but during the trip, allegedly reached under her clothes and fondled her breasts and genitals, according to court documents.

And here’s a little fun fact:

“The congressman has established a defense fund in accordance with House rules,” said Brian Svoboda of the law firm Perkins Coie, who is advising Cardenas on the fund. Svoboda noted the House Ethics Committee has reviewed and approved the move, as is required prior to the creation of such defense funds.

Does the name of that law firm sound familiar?

It seems a bit strange that President Trump is accused of using his money to pay off two women he supposedly had affairs with, a totally legal move, but the mainstream media is talking about nothing else.  On the other hand, a Democratic Party Congressman is raising taxpayer money to fight charges of “drugging and fondling a teenage girl,” it barely becomes a blip on the media radar. Now tell me again how the MSM is fair.