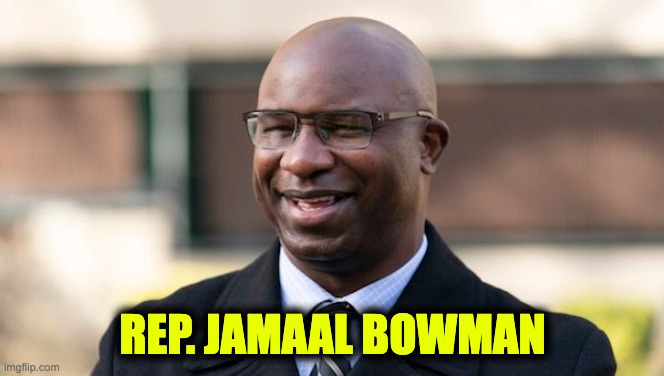 Facebook Twitter Flipboard
by Rafael Medoff
Maybe he didn’t mean it the way it sounded, but a United States Congressman this week insinuated that Israeli Jews are all mentally unbalanced. He would have been widely denounced as a bigot if he had said that about another national or ethnic group.
Following a visit to Israel, Rep. Jamaal Bowman (D-New York) said on November 29: “I felt a tension in Israel, from the Jewish community, the psychology of occupation impacted the Jews who live there who are free….there’s a history of complex trauma that people are living with every day. Yad Vashem brought that home to me.”
Congressman Bowman is not the first observer to make the insulting and false claim that Israeli Jews are mentally disturbed due to the Holocaust and that they are therefore incapable of making rational decisions about government policy. In fact, that allegation has become almost standard fare among armchair psychiatrists looking for ways to deride the Jewish state.
One of the first to level that charge was New York Times columnist Thomas L. Friedman. In his 1989 book, From Beirut to Jerusalem, Friedman wrote at length about what he called “the Holocausting of the Israeli psyche,” that is, an excessive interest in the Nazi genocide of six million Jews.
“Israel today is becoming Yad Vashem with an air force,” Friedman asserted. He alleged that Israelis’ memories of the Holocaust were to blame for, among other things, their impatient driving habits, unethical business dealings, meek acceptance of high taxes, and reluctance to make more concessions to the Arabs.
Many others picked up on that theme in the years to follow. Clinical psychologist Alon Gratch, writing in USA Today in 2015, asserted that “the trauma of the Holocaust has penetrated every aspect of Israeli life,” filling Israelis with “anxiety and rage” over Jewish helplessness. This supposedly has created a “psychological burden” that shapes their attitude toward Iran and influences them to vote for nationalistic political parties.
University of Pennsylvania professor Ian Lustick wrote an entire book in 2019 about the problems supposedly caused by what he dubbed “Holocaustia,” the mental illness that he said results from Israelis paying too much attention to the mass murder of Jews by the Nazis.
Lustick’s harsh perspective sometimes led him into very questionable territory. He wrote, for example, that Israel put Adolf Eichmann on trial “so as to extend the period of usable gentile sympathy and guilt.” Invoking Holocaust-related language, Lustick charged that Israel is engaged in “the continuous mass shooting of Palestinian civilians [in Gaza]…murder[ing] and maim[ing] so many men, women, and children trying to escape from the ghetto within which they have been concentrated.”
Last year, the Israeli author Yishai Sarid wrote a novel about an Israeli tour guide whose frequent visits to the sites of former death camps led him to the conclusion that “we need to be a little bit Nazi, too.” It received a very positive review in the New York Times. Perhaps it is fitting that Sarid’s book is a work of fiction since that is the only genre in which one could seriously argue that the tour guide’s remark represents how Israelis actually think.

As for Congressman Bowman, it is difficult to know how carefully he considered the implications of his remarks before he made them. Public figures sometimes simply recite the cliches that their speechwriters recommend. And speechwriters on deadline may find themselves tempted by pop psychology theories that purport to “explain” the inexplicable Israeli-Arab conflict.

Still, that’s no excuse for Rep. Bowman’s offensive and baseless allegation. A little background reading and some thoughtful contemplation by his staff could have spared the congressman from embarrassing himself with the suggestion that his visit to Yad Vashem revealed to him the roots of Israel’s psychological problems.
The false diagnosis of “Israeli Holocaust trauma” ultimately stems from implicit bigotry. It’s rooted in the assumption that all Jews think alike and act alike. It posits that since many Jews were killed in the Holocaust, and there are many Jews living in Israel today, therefore these Jews must be reacting to what happened to those other Jews.
The absurdity of that argument should be obvious. The Holocaust happened more than seventy years ago, primarily to European Jews. Most Israelis today are not old enough to be Holocaust survivors. And most of them are not children or grandchildren of survivors because their parents and grandparents did not come from Europe. The majority of Israelis are immigrants, or the descendants of immigrants, from Arab or African countries. Their relatives were not gassed in Auschwitz. The notion that today’s Israelis are somehow “traumatized” by the Holocaust is baseless.
Israelis, of course, are deeply interested in the history of the Holocaust. And they may view aspects of the Nazi genocide, and the world’s reaction to it, as a kind of cautionary tale, in the same way, that many contemporary Western policymakers regard the failed appeasement of Nazi Germany in the 1930s as a lesson in how to deal with dictators today. But that is a far cry from being traumatized or mentally unbalanced due to what happened to that generation.

Dr. Medoff is the founding director of The David S. Wyman Institute for Holocaust Studies (www.WymanInstitute.org) and the author of more than 20 books and several hundred essays about the Holocaust and Jewish history.

Jeff Note: During his victorious campaign against incumbent Elliot Engle, Rep.Jamaal Bowman blasted Engle for his close relationship with Israel. In May 2021, he called for more restrictions on U.S. aid to Israel. Bowman is the only male member of the Squad.