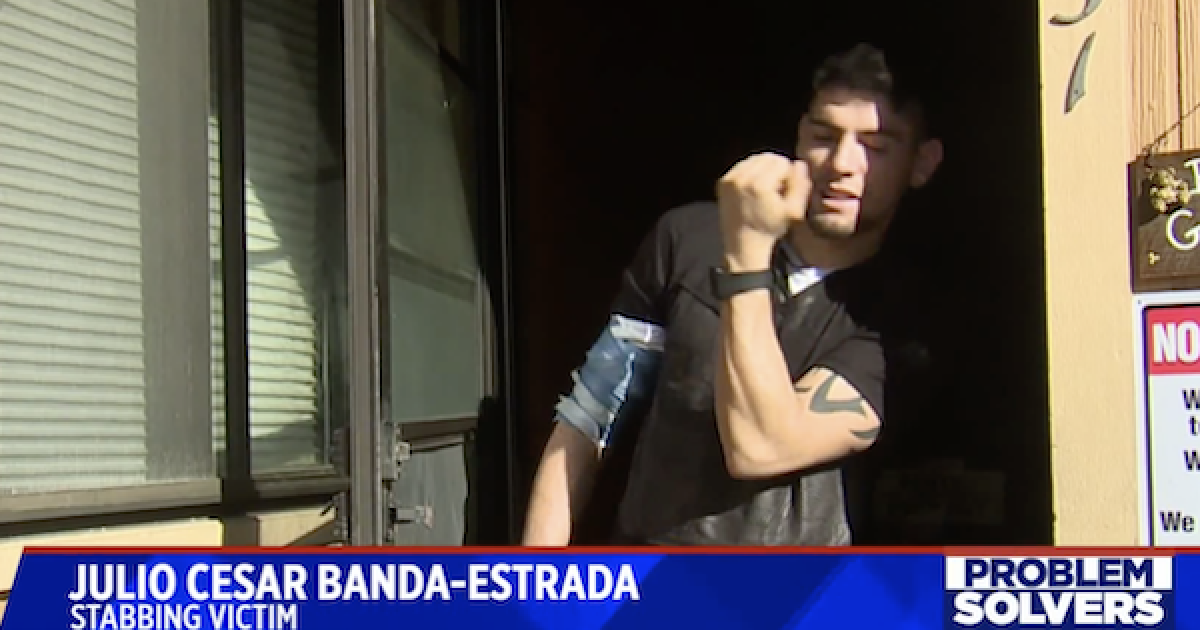 Osmani Garces-Ortiz was arrested in October in Arapahoe County, Colorado on trespassing and drug charges, but that was just a stepping stone.

ICE had a detainer on the suspect, but the sheriff’s office ignored it due to a policy of not holding the criminal unless a warrant is issued. He was released just four days after the detainer was secured.

Garces-Ortiz was arrested less than one month after that, involved in a stabbing and charged with attempted murder, assault and violation of a bail bond.

RT if we should defund all sanctuary states, counties, and cities!

Homan appeared on ‘Fox & Friends: Weekend’ to address the situation in Colorado, slamming the Sheriff and his department for seemingly caring more about an illegal alien than the safety and rights of the county’s citizens.

“Sanctuary city policies [are] just ridiculous,” Homan declared. “Here’s a person who was in the custody of local officials because he was arrested for a crime, so they chose to lock him up and put him in a jail cell, and ICE notified them: ‘We want him before you release him.’ And, it didn’t happen. They didn’t honor a detainer.”

He then revealed that the decision to release was a question of politics, not legality.

“I’ve read the story. They were saying, ‘Well, there’s a legal issue.’ There is no legal issue,” Homan insisted. “The detainer’s honored by most law enforcement agencies across the country. This is a political decision – not a legal decision.”

The law prohibiting law enforcement officials from holding individuals based only on requests from ICE was signed by Colorado Democrat Governor Jared Polis in May.

“It is thrilling. We don’t have words to express what this feels (like),” Maria Mercedes Garcia of the Colorado Immigrant Rights Coalition, said.

Garces-Ortiz’s victim Julio Cesar Banda-Estrada knew what it felt like. It felt like a knife attack. Obviously, Banda-Estrada was not happy the Ice detainer wasn’t honored. Justifiably he believes Garces-Ortiz should have been deported:

Speaking through a translator, victim Banda-Estrada’s told Denver’s Fox affiliate (above) that he answered his front door on Nov. 17 to a pair of men and was immediately stabbed in his right arm. According to the police report, The criminal Illegal alien Gonzalez-Gomez was the ex-boyfriend Banda-Estrada’s current girlfriend.

Police say Gonzalez-Gomez stabbed Banda-Estrada, then pointed a gun at his head as if to shoot him.

Gonzalez-Gomez is now back in jail and ICE has sent another detainer that won’t be honored.

Only a month prior, Osmani Garces-Ortiz, 37, was incarcerated on trespassing and drug charges, but was released after he posted bond – despite an ICE detainer. https://t.co/OSHd71eKDE

ICE slammed the legislation in a press release:

The recently enacted sanctuary law in Colorado prohibits state-based law enforcement officers or probation officers from arresting or detaining criminal aliens solely on the basis of an immigration detainer. What this means for the safety of Colorado citizens is that local law enforcement jurisdictions must release aliens with criminal convictions and/or criminal charges without notifying ICE so they can be placed in removal proceedings. Aliens convicted of serious crimes – sex assault on a child, driving under the influence, and other crimes – now must be released to the streets without notifying ICE so they can re-offend in Colorado’s local communities or elsewhere.

“Our sworn federal law enforcement officers unapologetically continue to do their job by removing criminal aliens who are a threat to public safety, and those who have violated U.S. immigration laws,” said John Fabbricatore, acting field office director for ICE Enforcement and Removal Operations in Denver. “We will also continue to warn the public that these misguided sanctuary laws put individuals and communities at risk by releasing criminal aliens without notifying ICE first.”

In other words – an illegal escaping the grip of ICE, with a criminal history, predictably committed a far more egregious crime because he knew he wasn’t bound by laws in a sanctuary county.