Colin Kaepernick Will Be Back In The NFL Within Ten Days 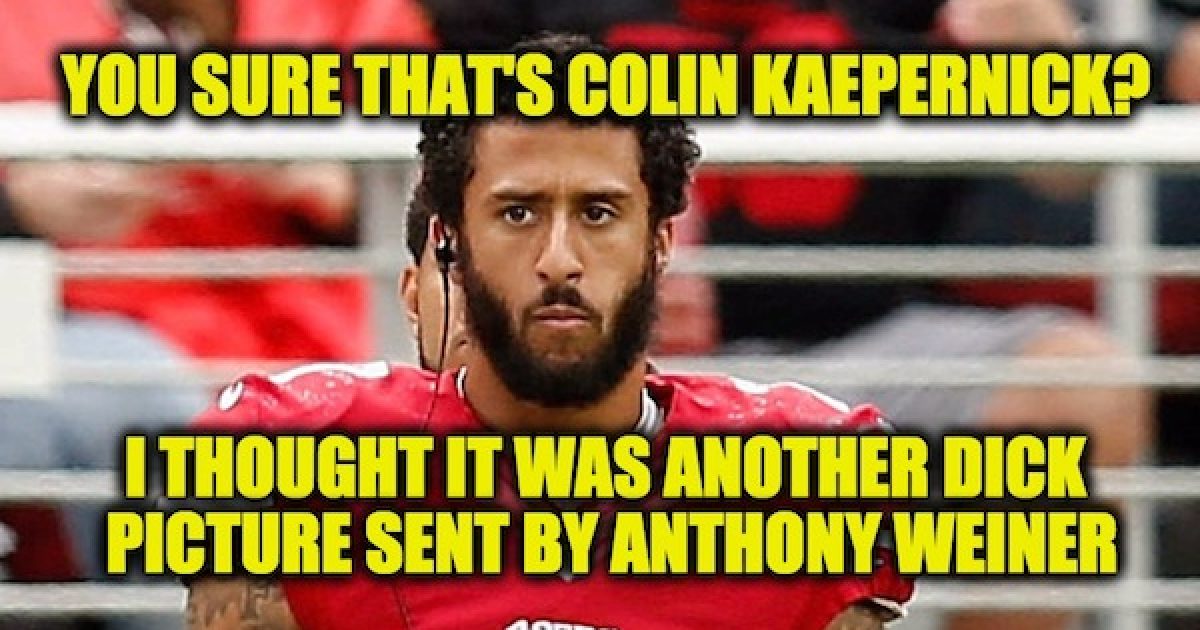 Per his lawyer, Colin Kaepernick will be playing for an NFL team within the next ten days, which means by week nine. While that may please the few who believe he was shut out for racial reasons, a Colin Kaepernick return cannot be good for the NFL, those who pay to broadcast its games, or its sponsors as the protest he began has put a huge dent into the league’s reputation as a premier advertising vehicle.

Advertisers who use the NFL do so because there is no other way to build a broad reach of men quickly than the NFL. No other sport comes close, which is why marketers are willing to pay the high out-of-pocket cost for buying commercials and/or sponsorships with professional football (last season the cost of a 30-second commercial averaged $665,375 or more if purchased during the season).

As one would expect nearly all of the league’s longtime sponsors, from Papa John’s to USAA are getting rattled by the ratings drop:

Papa John’s, long connected to the league through its sponsorship since 2010 and an endorsement deal with Peyton Manning, told the league that in-game pizza sales had fallen since President Donald Trump criticized protesting players Sept. 22, leading into the season’s third weekend, sources said.

Another league sponsor, USAA, reportedly said it has been in contact with the league about the issue. Several NFL sponsors contacted for comment for this story did not reply.

Much of the league’s revenue is contractually obligated, so owners and others are talking not necessarily about a revenue drop, but rather how to manage a crisis that could threaten future business.

Keep in mind that he wasn’t fired from the 49ers, Kaepernick opted out of his 49ers contract in March to become a free agent.  During the offseason, there were some who claimed he was being kept out of the NFL  because he took a knee to protest racial inequality. A preseason article in the Daily Caller reported the unemployed quarterback had turned down job offers from NFL teams:

Despite patriotic fans backing away from the game because of the anti-America protests, an NFL team could instead be bringing back the player who started this entire debacle in the first place and then refused a contract.

“Colin Kaepernick’s lawyer Mark Geragos claimed Tuesday that his client will be on an NFL roster within the next 10 days.

“’I think within the next 10 days somebody will sign him. I think somebody’s gonna sign him. I think the NFL has to come to their senses, and realize every day that goes by just proves the collusion case even more,’ Geragos said during an appearance on The Adam Carolla Show.

“You can listen to the whole interview here. The part about Kaepernick signing with an NFL team starts around the 40-minute mark.

“We’ll have to wait to find out if Geragos knows something the rest of us don’t, but it’ll be the biggest news of the NFL season if a team makes the decision to sign the former San Francisco 49ers quarterback.”

The absurd idea that Colin Kaepernick is at the center of some grand conspiracy to silence his political beliefs is incredibly far-fetched, to say the least.  If the NFL were truly concerned about the circus that Kaepernick brings with him, then they would have amended the league rules to require players to stand of the anthem or face disciplinary or financial activities.

According to some football observers, Kaepernick had lost his step and looked sluggish in the weeks leading up to his grandstanding display of disrespect for the National Anthem.  When he looked to get a new contract for 2017 he was offered the opportunity to sign as a backup but wanted to start.

The man who single-handedly began a protest that may permanently damage the goose that lays the golden marketing eggs was out of work because of his own ego. Is there really an NFL owner willing to increase the anger of the patriotic NFL fans, just to satisfy a mediocre backup quarterback?