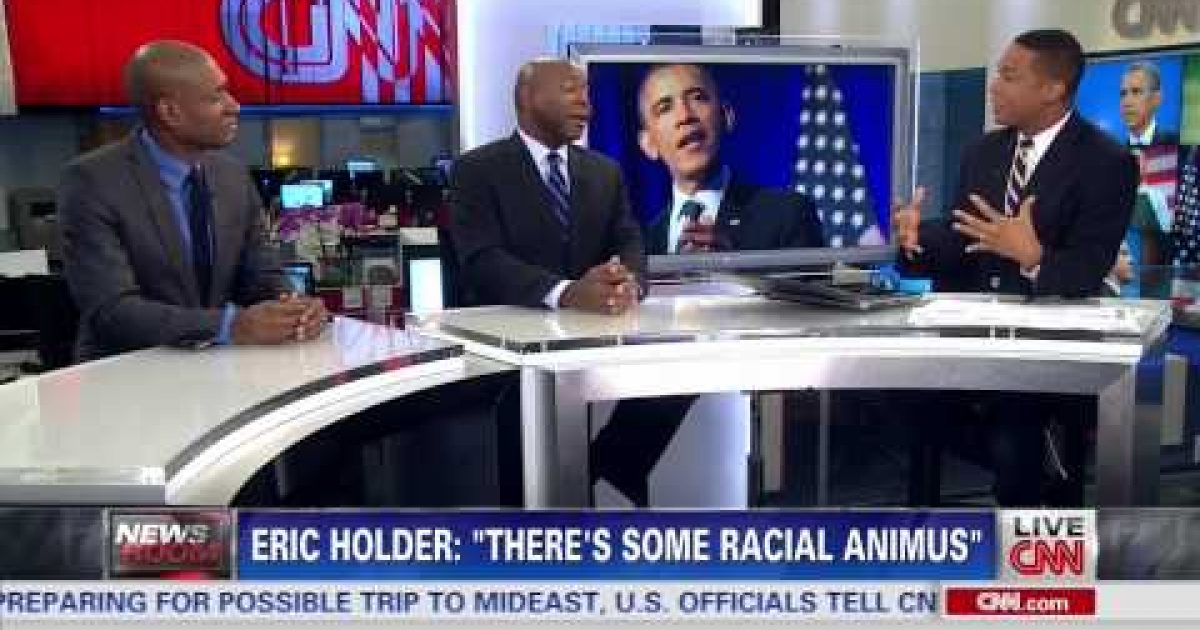 CNN anchor Don Lemon and Jason Riley from the Wall Street Journal editorial board had a spirited discussion about Al Sharpton on Monday. Riley contended that Sharpton is “one of the most racially divisive people in this country,” but Lemon responded, ” if you bring up someone like an Al Sharpton, the right goes oh, my gosh, there goes Al Sharpton, made out to be a bogeyman.”

Lemon: But how is that not having a serious conversation about race?

Riley: Does Al Sharpton strike you as the person you turn to, to have a sober considerate discussion about race? I submit you go to Al Sharpton when you want to have the opposite conversation. The question is why did —

Riley: He’s one of the most racially divisive people in this country. You do not go to Al Sharpton to help bring people together racially in America.

Lemon: Is Al Sharpton one of the most racially divisive people in the country or do people make him out to be that way in certain ways? Because if you bring up someone like an Al Sharpton, the right goes “oh, my gosh, there goes Al Sharpton,” made out to be a bogeyman.

Riley: I think the former. I think this is the agenda that the black left pushes, that  racism is an all-purpose explanation for what ails black America.

If Lemon wants proof of Sharpton’s divisiveness he could ask Angelina Marrero, Cynthia Martinez, Luz Ramos, Mayra Rentas, Olga Garcia, Garnette Ramautar or Kareem Brunner, but he can’t because they were the seven people massacred in the Sharpton-incited fire bombing at Freddy’s Fashion Mart. Maybe he can speak to Colin Powell, Sharpton called Powell George Bush’s house Negro. Maybe Lemon could read about Sharpton’s fake charges of racism against Bill O’Reilly, or how Sharpton helped to incite the Crown Heights pogrom, or any of the other Sharpton articles posted  at TruthRevolt.