CNN Benches Steve Cortes, Its Own Latino Contributor Because He Supports Trump 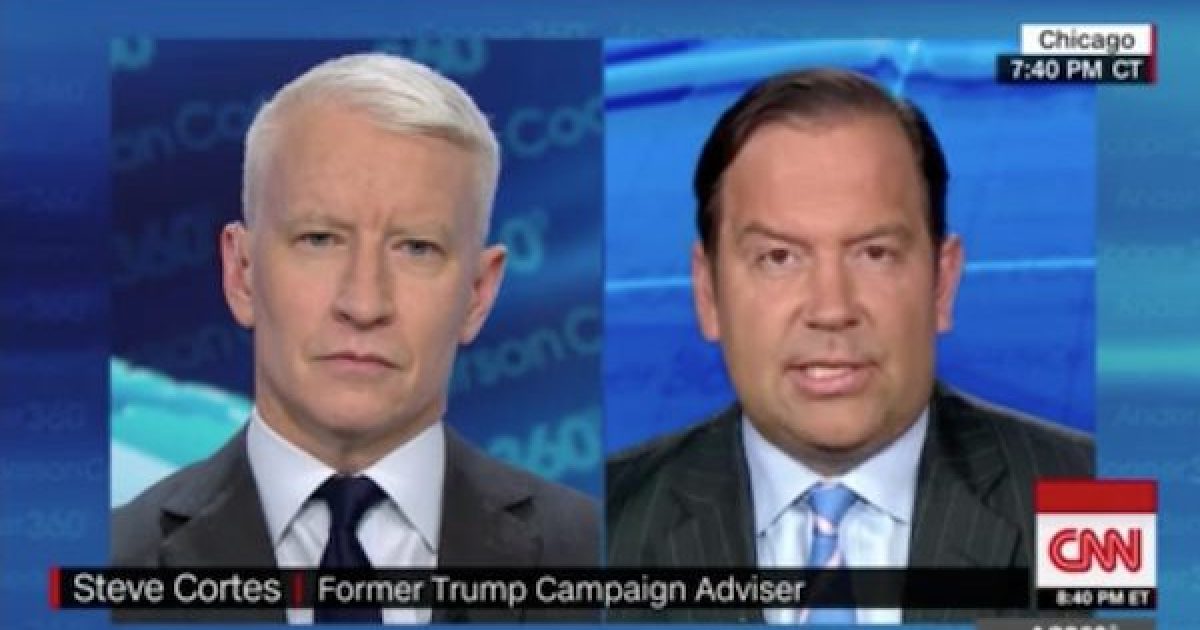 CNN has benched one of its own TV commentators Steve Cortes,  because he is a Hispanic man who supports President Donald Trump and who also said that CNN is pushing a fake “racist narrative.”

Now, just stop and think for a second what CNN has done here. They have kept their own guy off the air because he does not have the exact same homogeneous opinion as to their other “commentators.”

Clearly, CNN does not want “commentators,” they want parrots of the company line.

So, whenever you watch CNN know that not a single one of their “commentators” are giving an honest opinion or a logical reading of the news, they are parroting the strictly anti-American and anti-Trump company line.

According to Daily Wire:

Steve Cortes, a prominent conservative and Trump campaign surrogate, has not been put on air by the network in over six weeks as the network shifts its coverage of the president from tying everything to “Russia” to trying to cast him as a racist ahead of the upcoming elections.

A source familiar with the matter told The Daily Wire that CNN’s Steve Cortes met with Trump on Friday at the White House to discuss the situation at CNN.

The source said that Trump, who is “extremely angry” over the matter, had asked Cortes to go to CNN two years ago to combat the network’s narrative, but, with the recent developments at the network, the president no longer sees value in Cortes staying there for the 2020 campaign.

“People who work at CNN allegedly told Cortes,” Daily Wire added, “that the network did not want to have him on air anymore because they could not have a Latino Trump supporter on television pushing back against the network’s attempts to paint the president as a racist.”

“They just won’t book [Cortes],” a former CNN contributor told The Hollywood Reporter. “They’ll just pay him. They won’t fire him, because that’s just blatant. But they won’t book him, and they’ll tell all the producers not to book him.”

Once again, CNN does not do serious political discussion.

Here is an example of Cortes’ commentary: