CNN SHOCKED to Learn that ISIS is Sneaking into Europe Among Refugees! 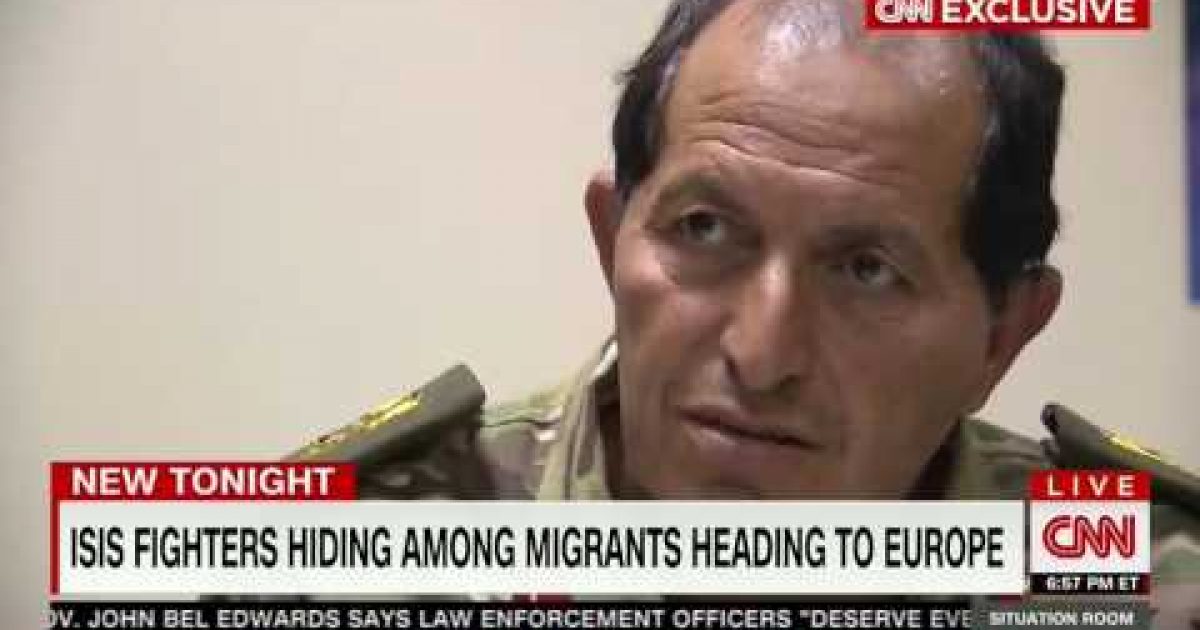 Um. How could this possibly be surprising to CNN? Conservatives have been explaining the dangers of allowing mass migration from the Islamic world for the last few months, and yet CNN seems shocked by their discovery in Libya.

“But there is a new threat here, smugglers and police telling us that ISIS have hidden fighters among other groups of migrants bound for Europe. This trade in human souls is awful enough until you think that perhaps ISIS are using this passage of human life into Europe to try and infiltrate the continent with sleeper cells. Police tell us off-camera they’ve caught different, other migrants with ISIS links and a top Libyan intelligence officials warns us, the threat is real.” (Video below)

A Libyan police commander told Walsh that the threat is real and that ISIS is sending soldiers across the Mediterranean every day. “ISIS can be among the illegal immigrants on the boats. travel with their families, without weapons as normal illegal immigrants. They will wear American dress and have English language papers so they cause no suspicion.” In a conversation with one smuggler, Walsh learned that the flow from ISIS was almost constant and that the smugglers who are being paid to ferry the ISIS fighters don’t care about what happens next. “Smugglers are only interested in smuggling. Only money matters.”

Of course, none of this is news to you or to any conservative who has been paying attention over the last year. We’ve been arguing that the situation in the Muslim world had grown untenable, and that while millions of people were likely fighting to escape the ISIS (and other terrorist) threat, thousands of the refugees were very likely working for the same terrorists they say they are fleeing!

While we should have sympathy/empathy for the plight of the refugee, we must also be wise as a serpent in dealing with the influx of Islamic migrants. Instead of freely importing their number into the West (where travel is easy and relatively unguarded), perhaps we should be spending the intake money on setting up camps and refugee programs in the Middle East and North Africa. Instead of warmly receiving tens of thousands of refugees, let’s work with neighboring nations at rehoming these people in neighboring countries where they speak the language, share religious beliefs, and understand the culture.