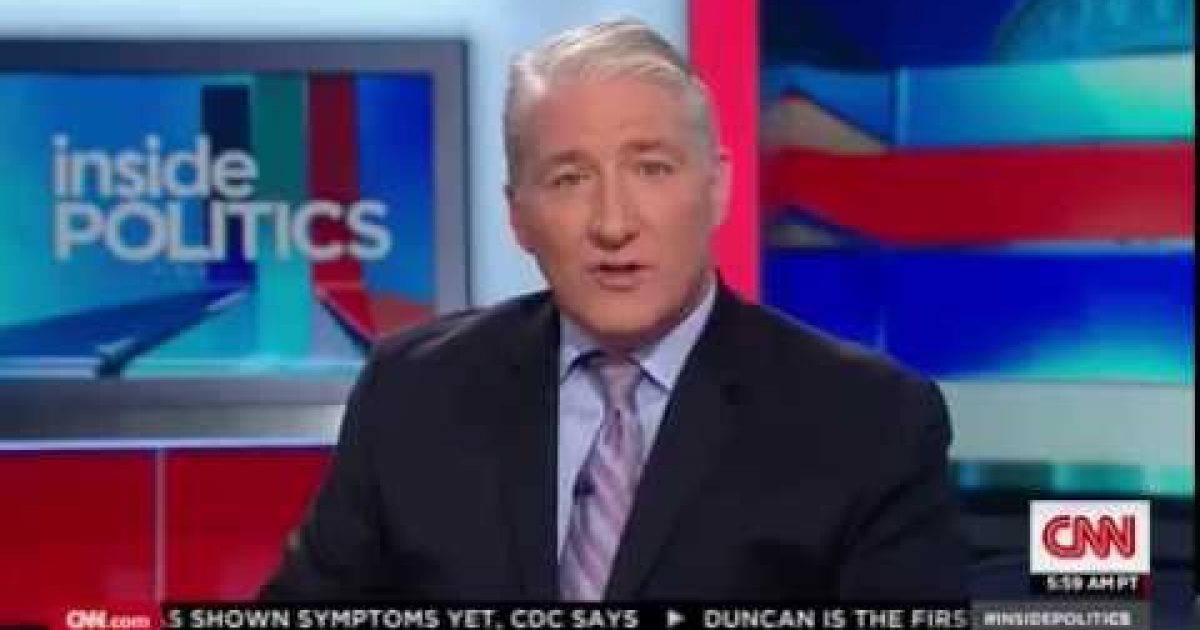 At the end of Sunday morning’s “Inside Politics” on CNN, host John King announced that New Hampshire 2nd district GOP Congressional candidate Marilinda Garcia has stopped receiving campaign money from the National Republican Campaign Committee (NRCC), ostensibly because she refused to commit to supporting John Boehner for speaker in a recent radio report. The report was false.

King’s entire report about Garcia was less than a minute long (video below):

I’ll close with this one. Maybe it’s a conspiracy theory, maybe it’s hardball politics, maybe we just need to connect the dots. At issue is Marilinda Garcia, she’s the Republican candidate in New Hampshire’s second congressional district. Ten days ago, John Boehner, the House Speaker, came up to help her raise money. Then a few days after that she did a radio interview in which she refused to commit to voting for Boehner if he, as promised, runs for speaker again in January. Now, New Hampshire Republicans are saying that they are being told by the National Republican Campaign Committee (NRCC), the financing arm, the fundraising arm run by top Boehner deputies says that there won’t be any more money coming up to that district in the final 30 days of the campaign. Maybe that’s hardball politics. Maybe it’s a misunderstanding. We’ll keep an eye on that but suffice it to say, the speaker was not happy hearing that after making that trip.

As someone whose “beat” is politics, King should know that if the NRCC had indeed cut off funds (he did not confirm that as the case) it was much more likely caused by the fact Ms. Garcia is down by 11-15% in the polls against incumbent Democrat Ann McLane Kuster. Additionally, major prognosticators such as Larry Sabato see the race as solidly for Kuster, and the district went for Obama in a big way in 2012 (+10%). The NRCC would more likely spend its money in more competitive districts.

King updated his story Sunday afternoon about eight hours after the original report:

Camp Garcia reached out after the show Sunday to clear things up — and to give an unequivocal response to the question the candidate did not directly answer on the radio show.

“Marilinda is focused on running her race and talking about the issues relevant to New Hampshire voters, not inside-the-Beltway politics,” Garcia campaign manager Tom Szold told CNN. “But she fully intends to support John Boehner for Speaker if she is elected to Congress in November.”

That should put to rest any understanding. Now we’ll see if the NRCC helps out in the final month.

Based on Ms Garcia’s standings in the polls, if the NRCC helps out in the final month someone in the organization is making a huge error.