CNN Ratings Fall Even More, Entire Lineup Did Not Equal Ratings of One Fox Show 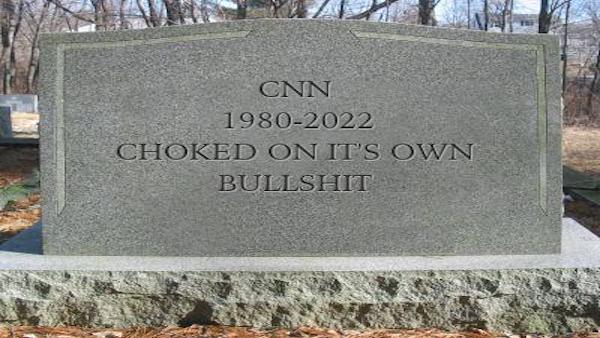 CNN’s ratings are so bad that last week, ratings for its entire lineup didn’t equal the ratings of even one Fox News show.

The cable news station used to be one of the top rating makers on cable TV. But today, decades-old repeats beat them in the ratings.

CNN is falling apart, of course. It has fired some of its former stars and re-jiggered its schedule, hoping to bring the fire back. But, if the first week of Jan. is any indication, it ain’t a’workin so well.

Things only continue to erode for CNN on the ratings front, with the reality of a very rare and eye-popping metric that emerged last Friday. When that day’s numbers came in, there was some surprise, but nothing too glaring – at first. First, Fox News held more than just the top 10 positions in the cable news ratings. Chris Hayes’ was the first non-Fox program to break the logjam at the top, coming in at #18 for MSNBC. CNN’s programs do not appear until Jake Tapper shows up, with the ironically and inaccurately named show “The Lead,” not appearing until #28 on the list.

To clarify, this is not the ranking in all of cable television ratings, this is only among the cable news programs. Now, let’s take a look at the very top of this list, and here is where things become especially embarrassing.

The top-rated program was 2022’s overall leader in cable news, “The Five.” That panel show logged 3,469,000 viewers, in line with its average figures. What is the standout statistic is this: That audience figure for the one-hour broadcast surpasses all of CNN’s primetime lineup! Beginning at 5 p.m., with “The Lead,” all the way through the 11pm hour with “CNN Tonight,” the combined audience of those shows did not total as much as Fox drew – for just the 5 p.m. hour.

That is the viewership of seven CNN programs failing to draw as much as the lone show for Fox. It is rather tough to even process that disparity between what are supposed to be broadcast rivals.

None of CNN’s shows managed to draw over 700,000 sets of eyes. From Wolf Blitzer, on at 6 p.m., through the 11:00 p.m. hour, the network drew fewer than three million. One-time superstar Anderson Cooper’s show has been expanded to 8:00 p.m. – 10:00 p.m., covering the absence of Chris Cuomo. (Jake Tapper was given that extra hour ahead of the midterms, with a chance of being the permanent replacement, but he was quickly moved back to afternoons before the election even took place.) In his two-hour stint, Cooper barely draws one million viewers.

CNN is looking to continue making changes in the hopes of being seen as real news again instead of extremist, sold-out, left-wing partisans pretending to be journalists.

But they have hurt their reputation so bad that they may never be able to get it back.
Cross-Posted with iPatriot
Facebook Twitter Flipboard