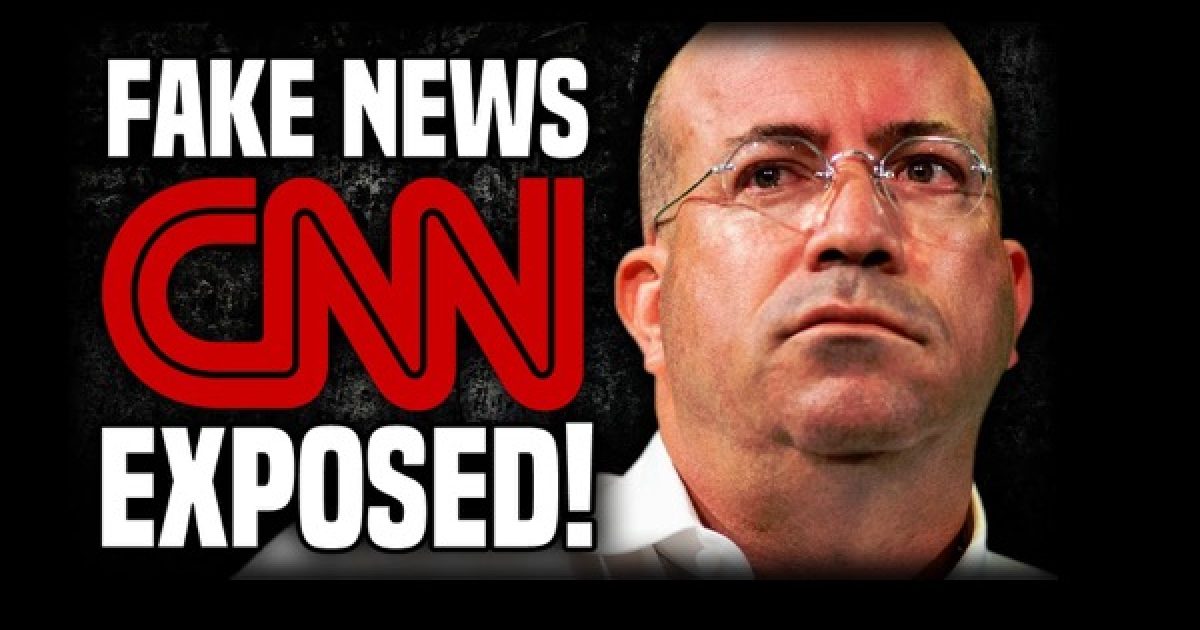 There has been little doubt that “news” organizations such as CNN have completely earned their dubious reputations as of late.

Every four years, America experiences a bias shift in the media, coinciding with the years in which we hold a general election.  We don’t mean to say that the media abandons its leftist lean for something else, (that’s certainly not the case).  We mean to say that the news that we watch during election years will be extremely biased as opposed to just a little biased.

This year, led by outlets such as CNN and MSNBC however, our media never returned to its normal state of leftist lean.  It stayed pegged to the redline, way off in La La Liberal Land, thanks to the overwhelmingly unpatriotic “resistance” to President Trump.

That sort of blind rage doesn’t bode well for accuracy, as it turns out, and CNN has been doing their fair share of flubbing the truth in recent months.  Now, as the archaic news outlet continues to broadcast tirade after obnoxious tirade against the President, they have been once again caught attempting to forge a story out of nowhere (aka Fake News).

“CNN published an exclusive Russia story Friday, reporting that an unearthed email indicated that WikiLeaks may have reached out to then-candidate Donald Trump’s team during the campaign to offer hacked documents — only for the story to be undermined hours later by the Washington Post.

“The article, titled, ‘Exclusive: Email shows effort to give Trump campaign WikiLeaks documents’ and written by Manu Raju and Jeremy Herb, reported that the Trump team was sent an email on September 4, a month before the John Podesta emails would be leaked day-by-day to the public via WikiLeaks and three weeks before Trump Jr. exchanged direct messages with the outlet on Twitter. That email offered a website and decryption key to the team.”

Not so fast, Sparky

“But hours later, the Washington Post reported that the email was actually drawing attention to information that was already publicly available.

“Crucially, the Post, whose reporters have seen a copy of the email, reported that the email flagged an upload of Democratic National Committee files by WikiLeaks and was actually sent Sept. 14, not Sept. 4 as CNN reported. The difference in the date is vital, as WikiLeaks had reportedly published the information linked to in the email on Sept. 13, making it publicly available and meaning that the writer was flagging information that was already in the public domain.

“According to the Post: ‘The message also noted that information from former secretary of state Colin Powell’s inbox was available “on DCLeaks.com.” That development, too, had been publicly reported earlier that day.’”

Sometimes their fake news is an accident. While this sort of hellacious error is nothing new for CNN, it comes at a time when the network is under increased pressure to at least pretend like they are attempting to get it right.