CNN Has A ‘Come To Jesus’ Moment 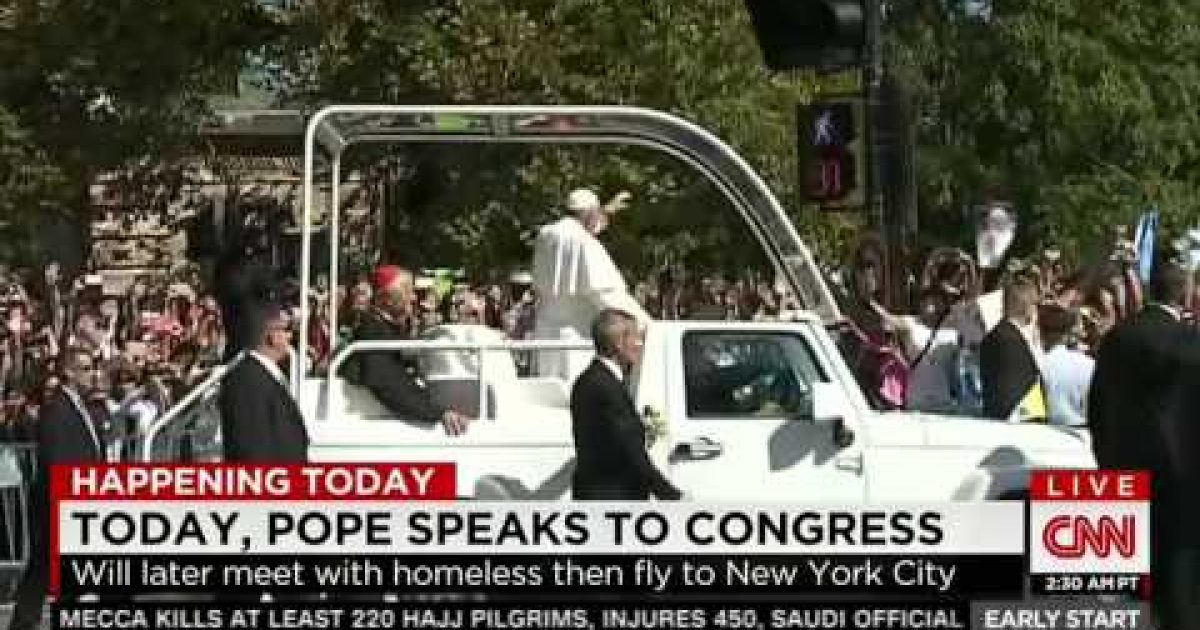 If you are a regular reader of this site, you know that early this morning I packed my writing equipment, some clothes, etc. and made the 377 mile drive (according to Waze) from Long Island to our nation’s capital for the Values Voter summit which begins this afternoon. Driving down I heard something on CNN that I thought was a bit strange.

CNN’s Rosa Flores was reporting on the Pope’s trip to the United States:

In very much Francis fashion, he meets with the homeless at catholic charities and he heads to New York where he speaks before the United Nations, another anticipated speech. He has been critical of Christians. We are expecting that perhaps he will make some comments to put countries in the hot seat asking them perhaps to do a little more to help the refugees in Iraq, Syria and Afghanistan. We don’t know, of course, what Francis will say. No one knows that. That is exactly who he is. We know if he speaks off the cuff, he could have these countries experience a coming to Jesus moment. John.

Now perhaps it’s because I am not Catholic or any other type of Christian.  Maybe the Pope has some secret role I do not understand. And please correct me if I am wrong in this assumption, but isn’t that the Pope’s job?  I mean isn’t the Pope the head of the Catholic Church?  And as the head of the Church isn’t he supposed to encourage people to accept Jesus? In other words isn’t everything the Pope says a “come to Jesus moment?”