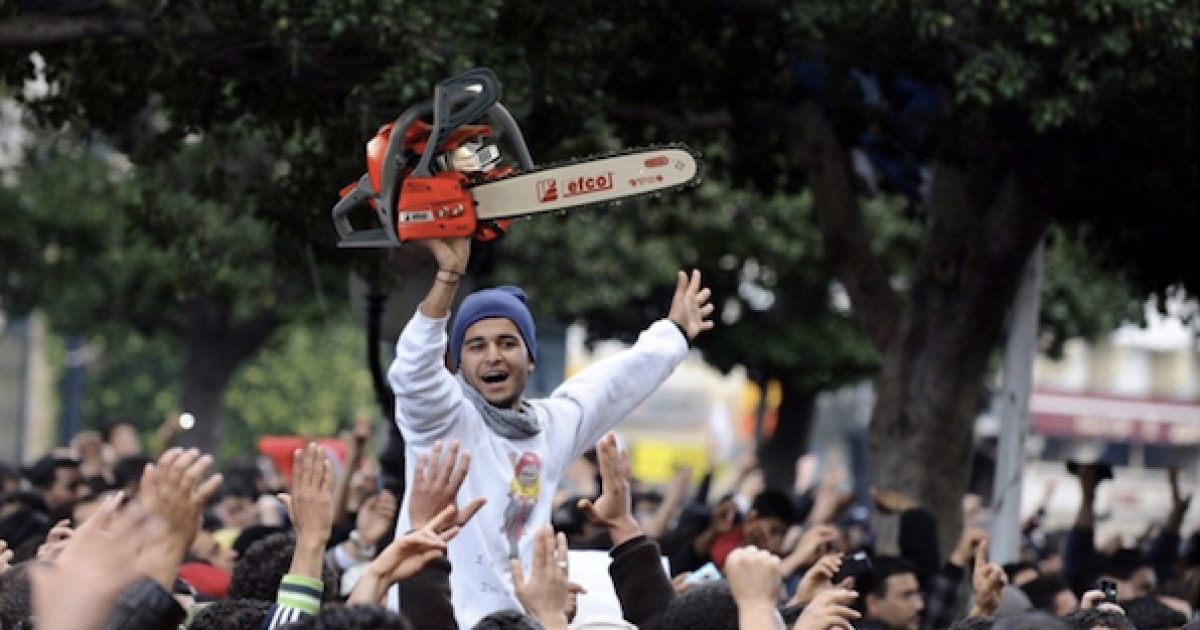 Saudi Arabia has enough reason to be smeared as a nation, but CNN went the fauxtography direction by falling for a faked picture, obviously photoshopped photo that tried to make the country look bad.

The faked photo shows a Tunisian being hoisted into the air by protesters but, strangely, he is holding a chainsaw in the air.

Despite being an obvious photoshop job, Ben Wedeman, CNN’s senior international correspondent, tweeted the image out praising Tunisians in the quest to oppose the Saudi government.

“The [sic] IS the shot of the day as Tunisians, who managed to preserve their revolution against tyranny, protest the upcoming visit of #Saudi Crown Prince Mohammed Bin Salman. #Khashoggi #Tunisia,” Wedeman tweeted on Monday, November 26. 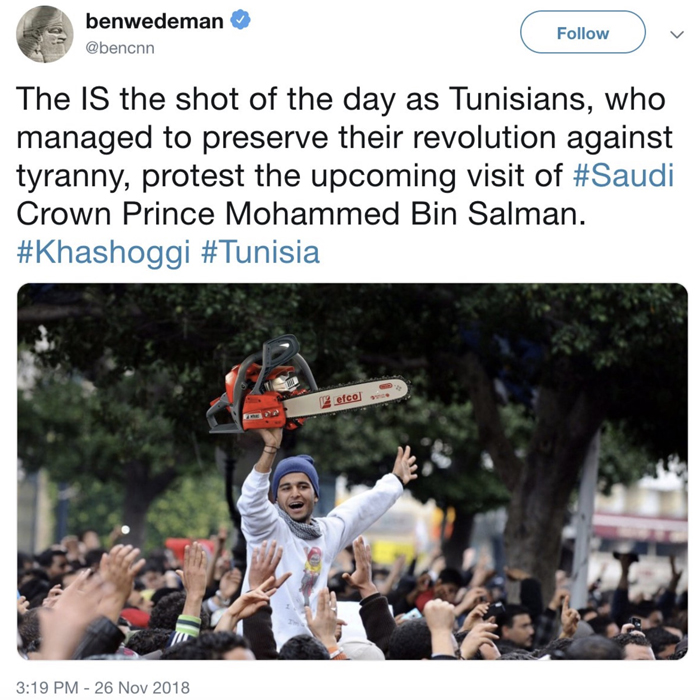 Another CNN “reporter,” Jim Sciutto, re-tweeted the faked image adding “wow” to his tweet. Apparently, Jim Sciutto thought it was a real image.

But, it turns out that both CNN fake newsers got schooled. The image is faked.

Indeed, the original photo is seven years old (and the chainsaw was crudely photoshopped into the image).\

Here is the original picture: 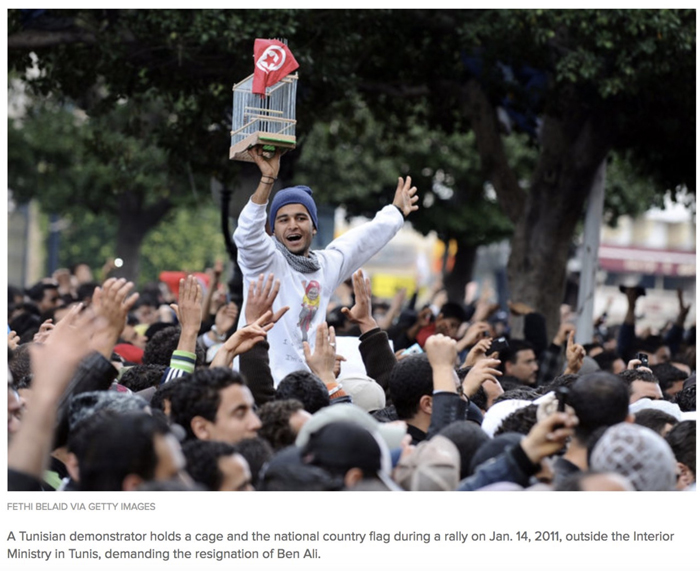 One of the first to notice the  fauxtography was Peter J. Hasson who slammed the “news” network:

But it was too late to avoid being noticed. As Daily Wire notes, Twitter wags jumped on CNN’s idiocy and started a whole new batch of faked images:

The IS the shot of the day as Tunisians, who managed to preserve their revolution against tyranny, protest the upcoming visit of #Saudi Crown Prince Mohammed Bin Salman. #Khashoggi #Tunisia pic.twitter.com/ix93Rrm1Z6

They love #PBJ, too. pic.twitter.com/Gnf39X9rGJ 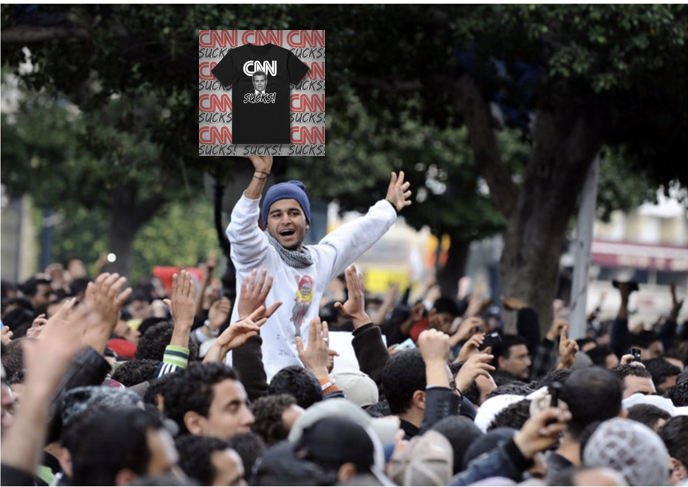 And for the Star Wars Fans 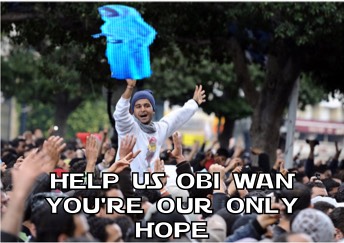