CNN May Have Blackmailed THE WRONG GUY 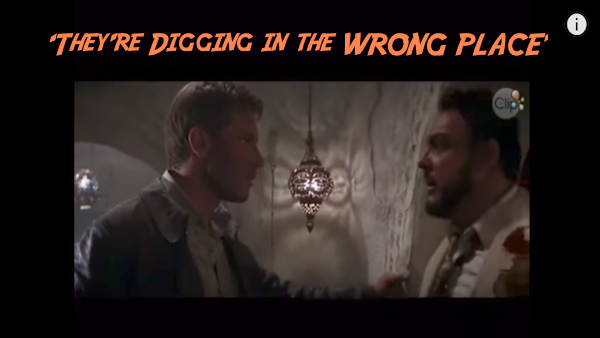 CNN blackmailed Reddit user HanAssholeSolo for creating the “Trump beating up on CNN wrestling video.” They got him to apologize by threatening to reveal his real name. There is only one problem….the video HanAssholeSolo created doesn’t match the one the President tweeted.

“one user pointed out that what Trump tweeted wasn’t actually HanA**holeSolo’s GIF.” Trump’s gif included both video and audio – whereas the Rebel smuggler wannabe’s gif did not include audio. Furthermore, the original HanA**holeSolo gif “was shorter, had a different aspect ratio, and had a WWE logo in the corner…Not even the colors are processed in the same manner… HanAssholeSolo’s GIF has an NTSC aspect ratio, because it was cut directly from a taping of analog Wrestlemania footage. Trump’s video has an aspect ratio of 16:9.”

(…) “Someone downloaded the GIF that HanAssholeSolo originally posted to Reddit. Then that person cropped it to better fit a video player like Facebook or YouTube. Then they went through the effort of syncing it back up with audio from the original clip. Then that person put it somewhere where Trump or one of Trump’s people could see it and download it. Then whoever found the video version had to get it to Trump’s phone”

There is much more evidence at the Buzzfeed link above. Here’s the bottom line, things for CNN,  the network which has had an awful few weeks may have just gotten worse. The network has gotten roundly and appropriately bashed for blackmailing Reddit user HanAssholeSolo, if Buzzfeed is correct they targeted the wrong guy. Media watchdogs, and internet users will have a field day, ripping the network a new one.

At the very least this episode is reminiscent of the scene below from “Raiders of The Lost Ark.”