Where are the stories about the problems Biden is creating with his programs? 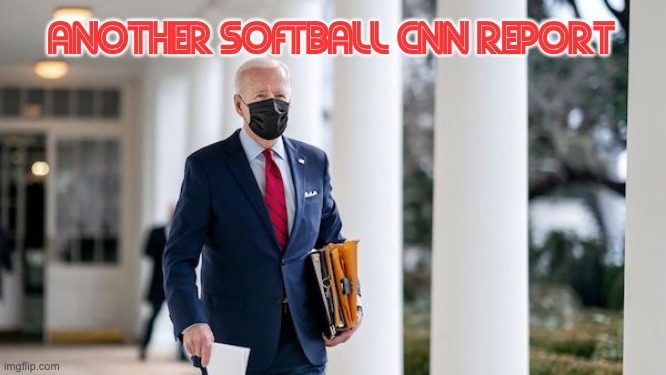 The media let us know when Joe Biden was declared president-elect that they weren’t going to be as tough on him as they were Trump. After four years of trashing just about everything Trump said or did and if they couldn’t find something to trash Trump about making something up, they offer up nothing but softballs to the new president. That makes sense, considering the MSM serves as the communications wing of the Democrat Party. It doesn’t make it right. It’s just additional proof that journalistic integrity is all but dead.

Here’s how they promoted their softball report:

President Biden has expressed a preference for a fire built in the Oval Office fireplace, and sometimes adds a log himself to keep it going.

Unlike his recent predecessors, he's more of an early-to-bed type. Here's how Biden is settling into his new job. https://t.co/FdCGtxPXkM

And here’s some of this report…

The flight, after all, was only 25 minutes long. He was headed home to Delaware for the weekend, in part to have his foot X-rayed at his orthopedist. And unlike his most recent predecessors, Biden was already familiar with the unique combination of executive swank and military rigor aboard the presidential jet, having flown more than a million miles aboard Air Force Two.

Unlike his most recent predecessors — night owls who spent the dark hours reading briefing materials (President Barack Obama) or watching television (President Donald Trump) — Biden is more of an early-to-bed type. He has continued a tradition of reading letters from Americans, a handful of which are tucked into the briefing materials he brings home in the evenings. Recently they have focused on the pandemic; Biden has also spoken by video conference with business owners and laid-off workers weathering the economic crisis.

On the bright side, they didn’t describe Biden as a father from a 1950s sitcom wearing a sports coat with sleeve patches.

He has expressed a preference for a fire built in the Oval Office fireplace, and sometimes adds a log himself to keep it going. His dogs, two German Shepherds called Major and Champ, sometimes join him.

Now just imagine if Donald Trump had the same routine. CNN would report that he was a slacker who didn’t put in enough hours, Created a carbon footprint (or tried to burn down the White House as he burned wood from deforested rain forests in the Oval Office fireplace. They would have probably also asked why he kept two dogs as personal slaves.

The softballs wouldn’t be so bad if CNN reported that Biden’s programs were costing jobs, or that his anti-energy programs are raising the cost of oil which will make it harder for people to warm their houses in the winter.  They don’t talk about all the lies Americans were told about the Iran deal but Biden will try to get us back into it anyway or that he loaded his foreign policy team with Isreal haters. I could go on and on but the truth is that if one wants the real news about the re-Bama administration of Joe Biden, CNN isn’t the one to believe.