CLUELESS! NY Gov. Cuomo Says There Were No Hurricanes Before Global Warming 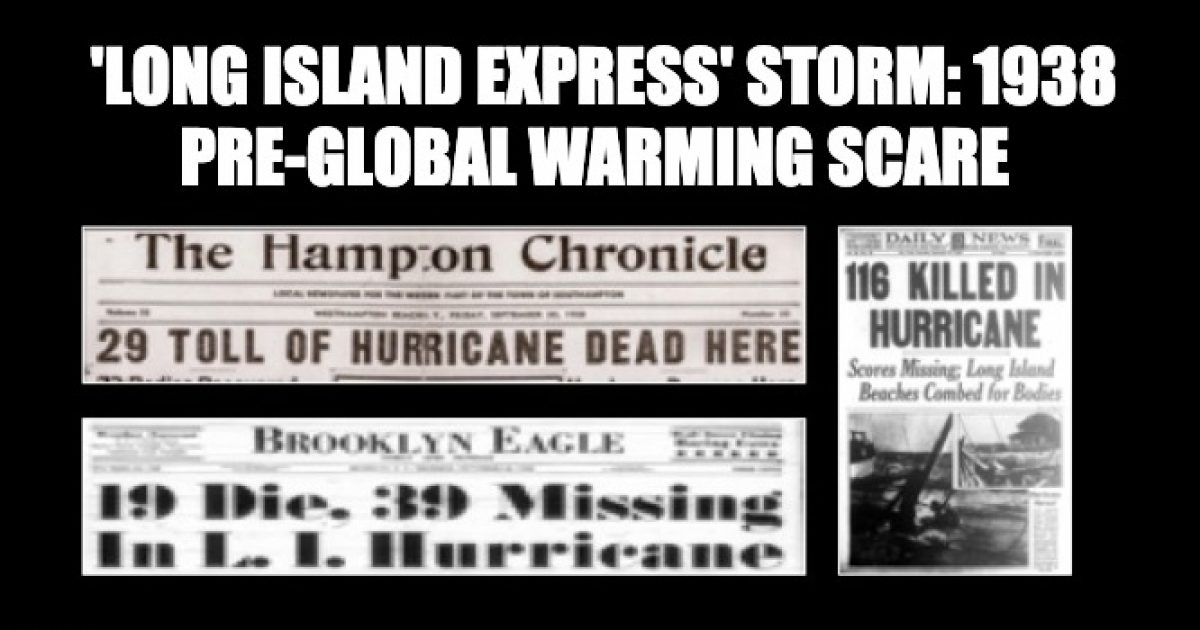 Gov.Cuomo
Maybe he was just trying to protect his baby brother because today he said something so stupid, that Andrew Cuomo must have taken the family Fredo title from his brother Chris. Appearing on MSNBC on Friday, Gov. Cuomo declared there were no hurricanes or tornadoes before global warming.  Gov. Cuomo.  Gov. Cuomo.

Notice the anchors didn’t push back?

Giving Gov. Cuomo the benefit of the doubt, let’s assume he was only talking about storms in New York State, and let’s also assume that the unproven climate change hypothesis has been proven, here are just a few of the dozens of examples of major storms occurring before the global warming fearmongering began:

A hurricane in Sept. of 1893, “Many Points in New York,  New Jersey, and Pennsylvania Suffer Great Damage.”

A Hurricane thirteen months later killed ten because it caused the walls of a factory to blow down.

Then there was the great hurricane of 1938, also known as the Long Island Express. Out of the 600 killed in the path of the storm, more than 50 of them were Long Islanders. Parts of the LIRR were destroyed, but no one noticed it because back then like today, LIRR trains never ran on schedule.

New York is outside the part of America known as tornado alley, but it does suffer from tornadic activity once in a while. For example, in July 1904, there was a major F3 tornado in Chappaqua, NY.  The newspaper story below is from the North Carolina Morning post the day after the tornado, July 17, 1904.

If Governor Cuomo had done some research  (assuming he can read), he would know that there is no connection between major storms and the amount of “greenhouse gases” in the atmosphere. All he had to do is go to best climate change-related website Climate Depot which is run by my  friend Marc Morano, an internationally recognized expert on the truth behind the unproven climate change hypothesis, as well as being an  author, filmmaker, lecturer, and TV news guest (he’s a great guy but the climate crazies hate him). I found this at Climate Depot:

Landfalls of major hurricanes in the U.S. have actually declined over the past 140 years, long before humans began burning large quantities of fossil fuels. And the downward trend in storms is holding steady over the past several decades.

As Roger Pielke, the professor of Environmental Studies at the University of Colorado testified before Congress, “The world is presently in an era of unusually low weather disasters.” Pielke Jr. points out that both hurricane landfalls and strength were “down by approximately 20 percent since 1900” and according to the National Oceanic Atmospheric Administration, the worst decade for major hurricanes was the 1940s. In fact, as this chart shows: As carbon dioxide has increased in the atmosphere, landfalling hurricanes have declined in the United States.

The Intergovernmental Panel on Climate Change itself reported in 2013 that “No robust trends in annual numbers of tropical storms, hurricanes and major hurricane counts have been identified over the past 100 years in the North Atlantic Basin.” A 2016 analysis by Kenneth Richard found 33 peer-reviewed scientific papers revealing a lack of connection between global warming and hurricanes.

But what about the recent hurricanes… Michael, Irma, Maria, Harvey. Don’t they prove that hurricane activity is beginning to ramp up? In a word… No.

What the media has largely ignored is the fact that between 2005 and 2017 no major hurricanes made landfall in the United States. A major hurricane is defined as a Category 3 or larger. That 12-year span was the largest extended period of no hurricanes hitting the U.S. mainland since at least 1900, and possibly even the U.S. Civil War. The U.S. has had an amazing vacation from major hurricane activity during that time. When Harvey hit in 2017, it was simply a return to normal.

So what did Governor Andrew Cuomo prove with his climate statement on Friday? Well—besides being divisive (once telling conservatives they had no place in NY), he’s not too smart.  And another thing proved was that the person who called his brother, CNN’s Chris Cuomo- “Fredo,” was incorrect. It is Andrew Cuomo who is the family idiot. From now on Gov. Cuomo is Gov. Fredo.

Oh and one more thing Governor Fredo. We’d much rather have Donald Trump living in New York than you.