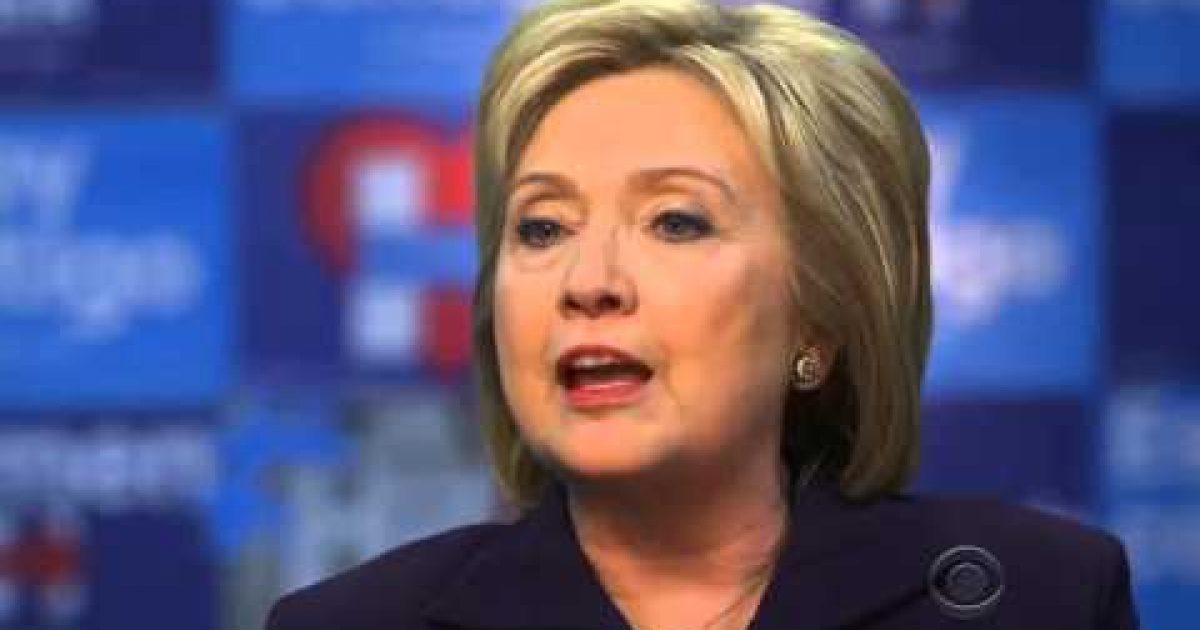 Possible Democratic Party nominee Hillary Clinton has invented a new strategy to avoid attacks on her policies, it’s called the ultra-fast flip-flop.  She explains one policy and before anyone can criticizes her, she changes it. This way her opponents will always be trying to figure out what’s the real policy.

For example on Thursday she appeared on the CBS Evening News for an interview with Scott Pelley and pledged not to raise taxes on families making less that $250K/year:

Clinton: “Well first, I am not raising taxes on the middle class, period. I’m going after incomes $5 million or more that I think have too many opportunities to game the system and escape paying the taxes that they should. I’m going after corporations that are ‘gaming’ the system. I want to have a sensible corporate tax policy.”

Clinton: “Well I said I will not raise taxes on anybody $250[K] or below. But, here’s the problem with Senator Sander’s plan– his numbers don’t add up. There is no way for him to fulfill the promises he is making without raising taxes on the middle class.”

For a politician that’s a very clear answer.

But two hours later during the MSNBC Town Hall, Ms. Clinton had a much different answer when host Jose Diaz-Balart asked her about taxes

Diaz-Balart: “Among those different issues that you mentioned as you know people pay social security taxes on income up to about $120,000. Senator Sanders wants to change that. You were opposed to raising the cap in 2008. This time around you seem to be considering it, but you haven’t come out one way or another. Should people start paying social security income taxes on over $120,000?”

Clinton: “That’s one of the options Jose. You know that’s why I said… Well it could be over $250,000, it could from a $120[k] up, it could be a higher amount, but this is the kind of issue that you’ve got to try to figure out where the Congress might be. So I’ve laid out a number of different approaches to get the money. The other one that I mentioned to the gentleman is putting the – you know, putting the percentage on passive income so that people with a lot of income, but from capital gains and from investments – you know, they don’t pay much into social security, but they have a lot of money, they will have to pay more. So those are a couple of the options. I think we can pick one or more of those, but the goal is to get more money into the trust fund.”

Now granted I am not a mathematician, however even with my amateur math skills, I know that $120K is less that $250K.  In all fairness she said that it could higher than $120K, but on the CBS Evening News she said firmly,  I will not raise taxes on anybody $250[K] or below.

So which one is it Ms. Clinton?  Are you confused also? Is that your intent, or are you feeling the bern?