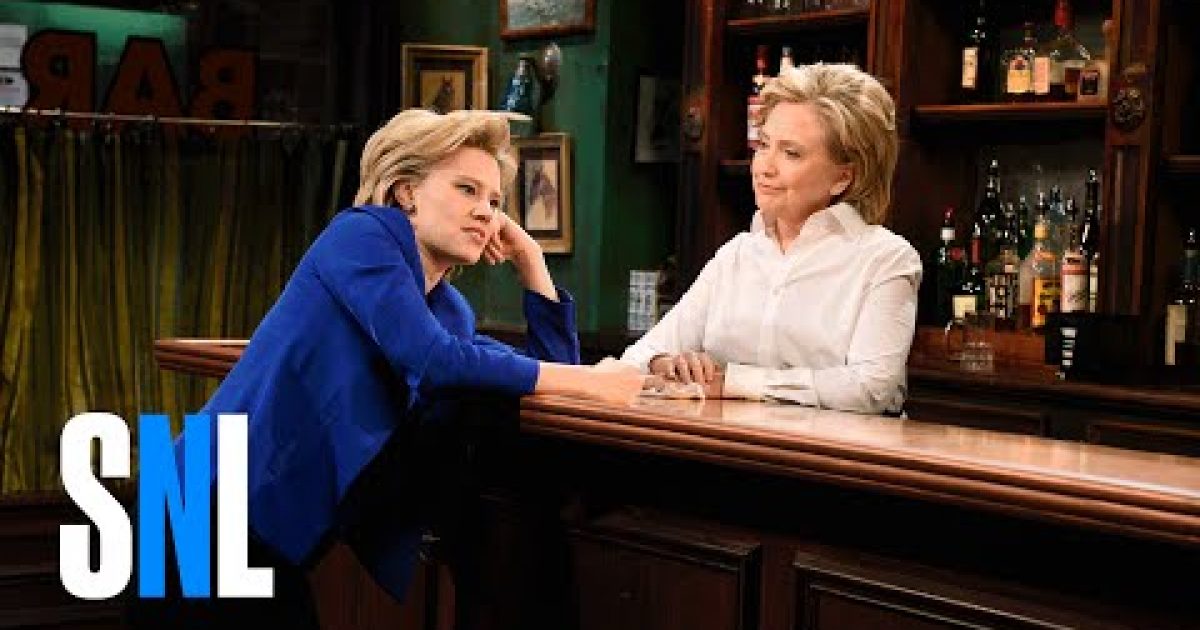 Hillary Clinton did  “Saturday Night Live” this week playing a bartender named Val pouring drinks for Hillary Clinton (“SNL” regular Kate McKinnon). Of course the sketch beat up on the GOP. Including at one point Clinton playing Val,  mimicked Donald Trump with a hoarse, throaty rendition of his dismissive statement, “Uh, you’re all losers.” But in the end it wasn’t very funny. Oh there were a few giggles but in the end it was nothing more than a six minute commercial for Hillary Clinton with a few gag lines.

Probably the funniest part was when a former member of the SNL ensemble, Darrell Hammond walked into the bar as former President Bubba Clinton. He takes a look at both Hillary’s and says, “My God, they’re multiplying!” Which happens to be a fear many Americans have.

The skit treated Clinton very gently and because if that it wasn’t as funny as it could be, generally McKinnon’s Hillary sketches are biting and funny, this was kind of vanilla. Obviously this was an attempt by the Clinton campaign to make their candidate seem like a “regular” person, but that shouldn’t have stopped the SNL writers from making it funny (although I must admit, I can see Ms. Clinton as a bartender before ever imagining her as POTUS).

If you wish to watch the full segment, it’s embedded below:

WATCH: Democrat Congressman Says ‘The Border Is Not Under Control’ And It’s A ‘Shell Game’ For Optics
May 7th, 2021 Clash Daily

Presenting Irrefutable Proof That The Temple Mount Is Jewish
May 7th, 2021 The Lid