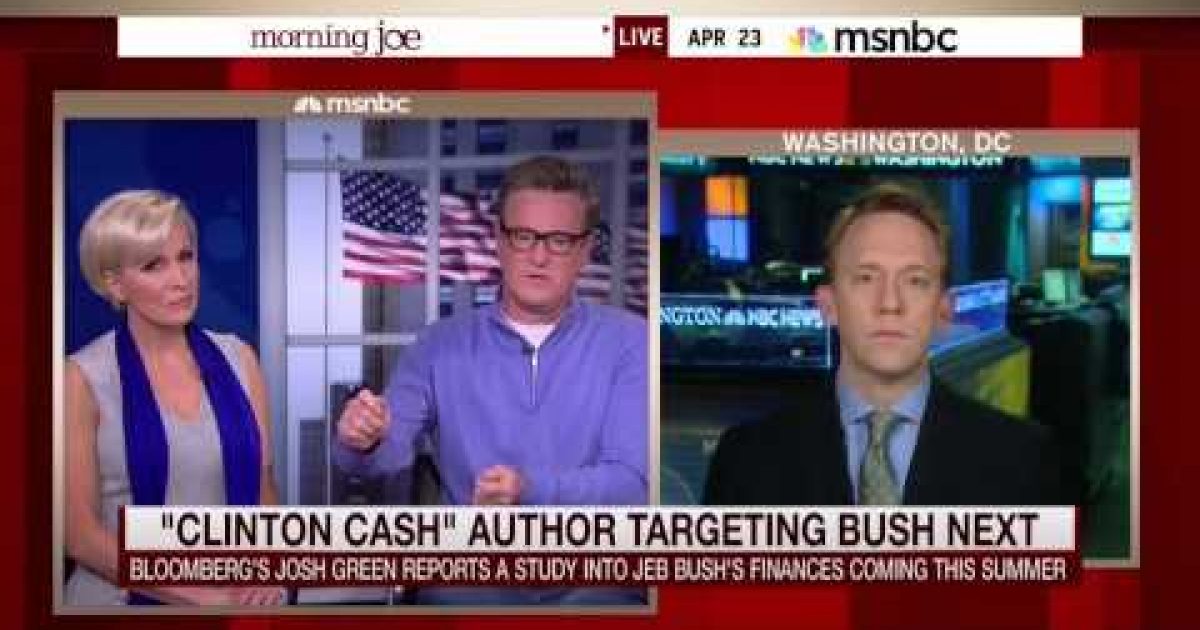 Facebook Twitter Flipboard
Ever since Peter Schweizer’s book “Clinton Cash” hit the news team Hillary has been deflecting from the charges of cronyism in the book to attacks on Schweizer throwing practically everything at him including calling him right-wing operative, paid by Ted Cruz, paid by Rand Paul, the guy at Fox who made the stupid decision to cancel Firefly, and even the man suspected of stealing the egg salad recipe in the old Woody Allen movie “What’s Up Tiger Lilly?”

The attacks, at least the biased-related ones do not hold much water.  Schweizer’s last book “Extortion” dealt with congressional members of both parties, who enriched themselves by using inside information learned via their congressional duties to trade in stocks.

Joshua Green of Bloomberg news interviewed Schweizer on Wednesday and he revealed his next book attacks a Repubican Jeb Bush:


That hasn’t quieted the left-wing clamor that Schweizer is simply out to get Hillary Clinton. But maybe this will: Schweizer is working on a similar investigation of Jeb Bush’s finances that he expects to publish this summer.

As he did with the Clinton book, Schweizer is hoping to partner with media organizations interested in reporting on and advancing his examination of Bush’s finances—an arrangement Schweizer feels has been mischaracterized in the media. “With the Clinton book, we didn’t just give it to reporters with the expectation that they would report on the book,” he says. “We shared it early on with investigative reporters at ABC, the New York Times, and the Washington Post because we wanted that additional scrutiny [of the book’s subjects]. And we want similar scrutiny for this project.”

Schweizer also wanted to rebut the implication that he may have been paid by news organizations for an early look at the book. “There was absolutely no money that changed hands,” he says. “It’s ridiculous to suggest so. “

Green was also on Morning Joe Thursday morning where he talked about the Schweizer interview: