Claims That Iran’s Complying With The JCPOA Aren’t True 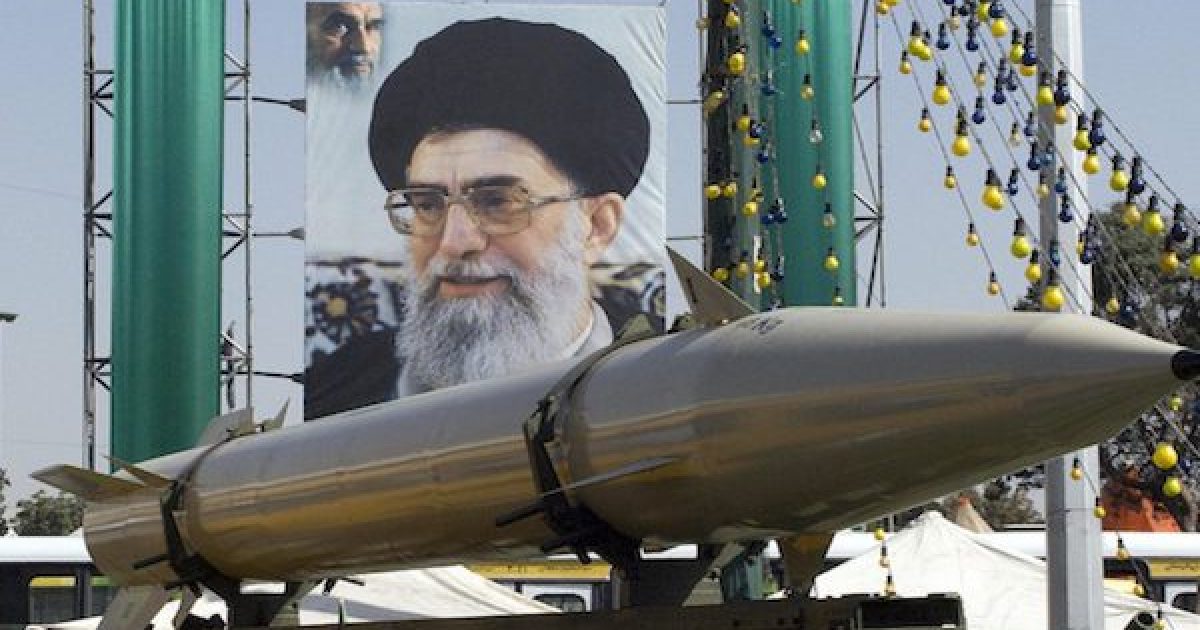 Between now and May 12th President Trump will announce his decision as to whether or not he will pull out of the JCPOA, the Nuclear deal with Iran. Whether you agree with the President or not, it should be known that any claim that we should stay in the deal because Iran is complying with the JCPOA is simply not true. In some cases, we know that Iran has violated the terms of the deal,  in other cases, the IAEA hasn’t done its job so we don’t know if the rogue regime is compliant.

President Trump has said his final decision about the JCPOA would be based on achieving three improvements to the deal. None of which have been made.

Allowing a nuclear-capable long-range missile program and the expiration of nuclear restrictions were concessions made by the spineless team of Obama and Kerry. But the third item, inspections of military sites is already part of the JCPOS.

Because of a secret side deal revealed by the Associated Press long before the deal was agreed to, Iran gets to self-inspect the Parchin military base with no IAEA inspectors present. However, all other military base inspections are allowed under the JCPOA. However, Iran has stated more than once they will not allow inspections of military sites,  which has restricted The International Atomic Energy Agency (IAEA) from completing its inspection tasks.

The  agreement specifically “requests the Director General of the IAEA to undertake the necessary verification and monitoring of Iran’s nuclear-related commitments for the full duration of those commitments under the JCPOA.”

Despite the what the JCPOA states, the Iranian authorities claim military sites are off limits to the IAEA. And the IAEA refuses to push the point because they don’t want Iran to seem non-compliant. A key result of this refusal involves “Section T” of the deal.

This lack of access led to the IAEA’s announcement last August that it has been unable to verify a key part of the JCPOA, “Section T”  which outlines “Activities which could contribute to the design and development of a nuclear explosive device”

Per the deal, “Section T” activities include:

This alone makes it impossible to say Iran is complying with the JCPOA, but there are other examples.

Iran has been non-compliant with its obligation to reveal its nuclear history. According to the JCPOA, the rogue nation was supposed to reveal the all the details of its nuclear program that existed prior to the deal. This was a condition for implementing the deal.  In fact, The IAEA was required to publish a report by year-end 2015 on Iran’s past nuclear work on its military sites as part of the agreement.

This historical inquiry did not have as a purpose is not to find out the extent of Iran’s nuclear weapon’s program so the IAEA could reprimand them for being bad children. The historical knowledge is necessary to understand what the Iranian nuclear program was so the IAEA will know how, when, and where to inspect their program in the future. Iran told the IAEA that it never had a nuclear weapons program and the inspectors didn’t press the point.

Twice in 2016 Iran broke the terms of the heavy water provisions of the deal but Obama let them “off the hook.”  According to the err— JCPOA, the rogue regime was to keep no more than 130 metric tons of heavy water (which is used to manufacture weapons-grade plutonium). But the Iranians kept producing the heavy water and were over the cap in February and November 2016.

Please Note: Heavy water has nothing to do with Michael Moore’s perspiration.

Iranian heavy water production overages put Obama’s Iranian deal (his only foreign policy legacy besides screwing Israel) between a rock and a hard place. Either the Obama administration could find someone to purchase the excess heavy water (which would allow Iran to make a profit off of violating the deal) or expressing that Iran was in noncompliance of the deal, which would put Obama’s legacy in danger.

The first time Iran went over (February) the Obama administration purchased the overage for $8.6 million. Sensing a way to make some extra spending money for the Ayatollah,  Iran violated the JCPOA deal again in November by over-producing the heavy water.

When asked, State Department spokesperson Mark Toner refused to call the overproduction a violation — “I’m not going to use the V word necessarily in this case — and the Iranians eventually found someone else to purchase the excess” (It is not true that Sec. Kerry criticized Mr.Toner to the carpet for not calling the overproduction an “Iranian revenue enhancement.”)

In parenting, refusing to call a violation a violation and buying Iran’s excess heavy water would be called rewarding bad behavior, which was something the Obama administration was unusually adept at.

“The procurement channel set up under the Joint Comprehensive Plan of Action (JCPOA), or Iran nuclear deal, appears to be considering fewer proposals than expected and is altogether unused by a traditionally illicit conduit to Iran’s nuclear, missile, and non-nuclear programs, namely China. The procurement channel was designed to regulate Iran’s imports of nuclear and nuclear-related dual-use goods for nuclear or non-nuclear use. Given that Iran’s non-nuclear industries have often imported nuclear dual-use goods, this finding raises the question of whether the procurement channel, and its associated Procurement Working Group (PWG), is simply not being used, but illicit, nuclear dual-use supplies are still going to Iran. Although no evidence has emerged of banned sales going from the United States, Europe, or Japan, which have often been targets of Iranian illicit procurement networks, there is concern that banned sales could be going from parts of Asia. In particular, Chinese entities may be continuing to make sales of nuclear dual-use goods to Iran without using the channel. The United States and its allies should augment efforts to detect and intercept the flow of any strategic goods from China to Iran and from other potentially illicit supplier countries to Iran. China needs to reach out to suppliers or distributors of dual-use goods operating on its territory and ensure that they are informed about China’s export control laws and PWG requirements governing the sale of nuclear dual-use goods to Iran’s industries, whether they be nuclear or non-nuclear.”

Like the provisions of “Section T,” the issue is not non-compliance but that we can not be sure Iran is complying.

Iran was in violation of the provision limiting the number of advanced centrifuges. ” It had also run 13-15 IR-6 centrifuges in a cascade that was supposed to be limited to ten centrifuges.” But lucky for them, some of their other centrifuges broke down putting them in compliance again.

Here’s the bottom line according to ISIS:

Iran has repeatedly tested the boundaries of the Joint Comprehensive Plan of Action (JCPOA) and in many cases crossed the line into a violation. Many of these violations and efforts to push the boundaries have not been reported by the International Atomic Energy Agency (IAEA) in its quarterly reports to member states, reflecting a failing on its part. But the information is not classified, and we have reported on these violations and controversies in previous reports.

The IAEA can only report that Iran is in compliance with the JCPOA because of its refusal to report its violations, along with its refusal to push the issue of military site inspections per the terms of the JCPOA deal, thus giving the rogue regime cover to violate the deal where or whenever it wants.