Former CNN Journalist of the Year Fired For Fabricating Stories 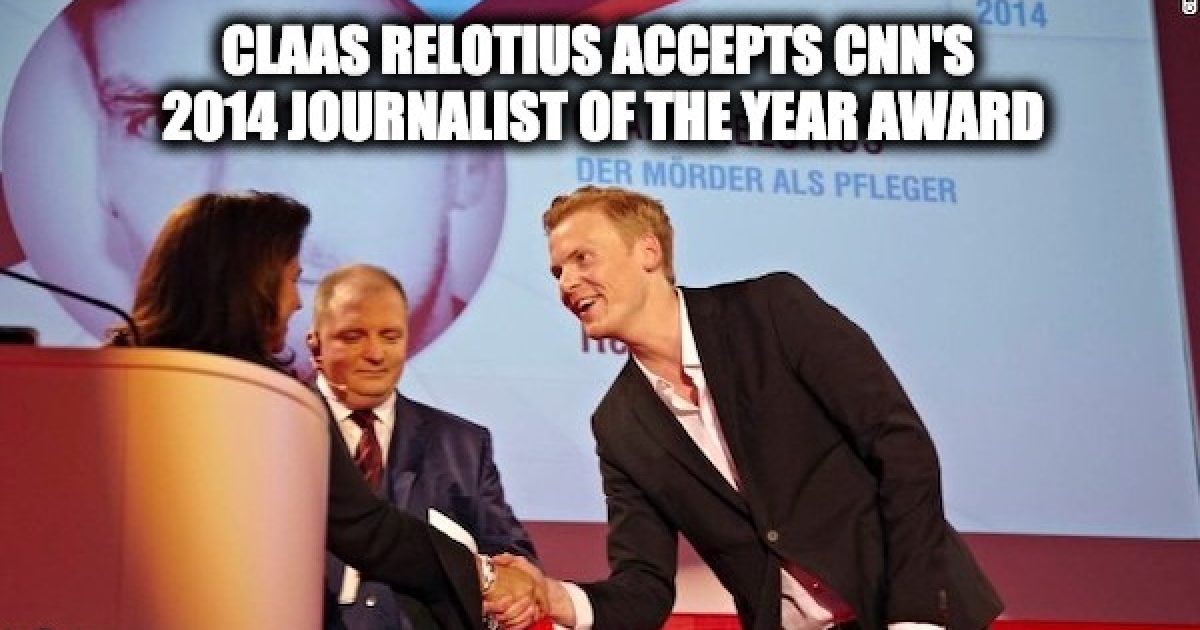 Claas Relotius was named CNN Journalist of the Year in 2014 for the story “Murderers as Carers.” The story, first published in Swiss magazine Reportagen. On Wednesday 12/19 Der Spiegel announced he had resigned after seven years at the magazine. Der Spiegel said in a statement that Relotius admitted that he had “made up stories and invented protagonists” in at least 14 of the 60 articles that he had written for the magazine. Der Spiegel is checking the rest of his stories to make sure there aren’t more fakes.

In recent years, DER SPIEGEL published just under 60 articles by reporter and editor Claas Relotius. He has now admitted that, in several instances, he either invented stories or distorted facts. https://t.co/MPqsZwM7b5

The first suspicions emerged following the publication in November 2018 of the article “Hunter’s border” about an American vigilante group that patrols the border between Mexico and the United States.

Juan Moreno, who reported the story together with Relotius for DER SPIEGEL, grew distrustful of his colleague. Moreno also reported his concerns to DER SPIEGEL. He didn’t relent, and he took advantage of a trip to the U.S. for reporting on another story to gather incriminating information about Relotius — and also in order to take steps to protect himself, given that his byline had also appeared on the article.

After initially denying the allegations, Relotius finally confessed at the end of last week. It has emerged that he invented entire passages — not only in the article “Jaegers border,” but also in a number of other articles.

Among the fake news produced by @DerSPIEGEL reporter #Relotius:

All of it fake.

Apparently, other magazines may be in the same boat as Der Spiegel

Relotius also worked for other media organizations in Germany and abroad. During his time as a freelance journalist, his work got published by other media including Cicero, the Neue Zürcher Zeitung am Sonntag, the Financial Times Deutschland, Die Tageszeitung, Die Welt, Süddeutsche Zeitung Magazin, Weltwoche, Zeit Online and the Frankfurter Allgemeine Sonntagszeitung.

According to the Guardian:

In his confession to his employer, he said: “It wasn’t because of the next big thing. It was fear of failing. My pressure to not be able to fail got ever bigger the more successful I became.”

Claas Relotius may have realized his mistake, or he is trying to look good now that he’s been caught.

Relotius told Spiegel he regretted his actions and was deeply ashamed, the magazine said. “I am sick and I need to get help,” he was quoted as saying.

Sadly he does need help, and I hope he gets it.