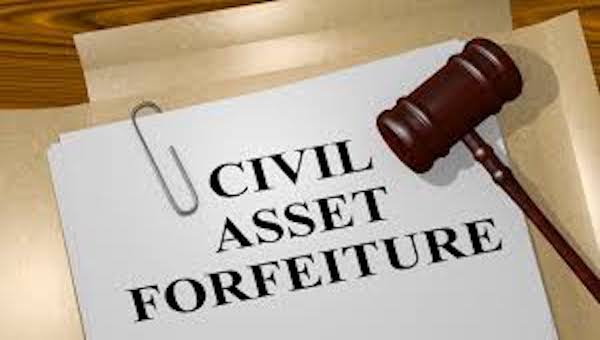 Every year the federal, state, and local governments seize about $3 billion of property via a process known as civil asset forfeiture, a perverse incentive for law enforcement officials to engage in searches in the hopes of finding something valuable to seize, knowing that it most likely will not be challenged and recovered.

Now, many states are taking action to finally end the practice, a study by the Competitive Enterprise Institute’s Dan Greenberg, “Five Myths of Civil Forfeiture,” reveals.

In these states, you have to be charged with a crime first and convicted before any assets can be seized. The government has to prove that those assets were connected to the crime committed, and then the forfeiture is tethered to the prosecution and then sentencing, only attainable upon conviction.

But, Greenberg warns, conviction requirements on their own do not end civil asset forfeiture if they do not get the process out of civil courts, writing, “conviction prerequisites that keep forfeiture litigation in civil court have little or no effect, and that these provisions’ impact on the fairness or the consequences of forfeiture programs is largely insignificant.”

Here, Greenberg notes that to assert a right against asset forfeiture in most states, a citizen would have to hire an attorney to fight it out in civil courts, which run separately from the original criminal prosecution, if such a prosecution even occurred. In many cases, the property is seized without even a prosecution, let alone a conviction.

Those are deprivations of liberty and property without due process of law, a clear violation of the Fifth and Fourteenth Amendments to the U.S. Constitution.

Instead, Greenberg proposes that asset forfeiture be exclusively a part of the criminal justice process. It still requires a conviction, but keeping the process in the criminal system is an important distinction.

Other keys to these laws are higher thresholds for asset forfeiture to come into play and requiring a nexus of the property to a law being broken as ill-gotten gains. In New Mexico, property must be at least $50,000 in value; in Nebraska, it’s $25,000; and in Maine, it’s $100,000. Greenberg dispels the myth that most civil asset forfeiture is in such high amounts. Those, he writes, are the exception, not the rule: “A typical cash seizure and forfeiture often range from several hundred dollars to a little over $1,000.”

And that’s generally the problem. Usually, the cost of fighting the seizure usually costs more than the asset is even worth, so the theft goes uncontested.

In addition, laws should block “equitable sharing” with federal law enforcement. This is the practice where local officials seize property, give it to the feds under the program, and then receive a substantial amount in return — all to avert state laws designed to rein in civil asset forfeiture.

New Mexico’s law explicitly prevents “equitable sharing” in its law, stating, “The law enforcement agency shall not transfer property to the federal government if the transfer would circumvent the protections of the Forfeiture Act that would otherwise be available to a putative interest holder in the property.”

Greenberg outlined two additional reforms that states should consider as well: 1) “require that forfeited assets go to a state’s general fund, rather than to supplement the budgets of police agencies and prosecutors’ offices… reduc[ing] system incentives… that appears to encourage some degree of personal and political corruption among public employees.” And 2) “require greater transparency in seizure and forfeiture processes.”

This theft of property by the government of private citizens needs to come to an end. Here, states like Maine, New Mexico, Nebraska, and North Carolina are providing a solid basis for ending civil asset forfeiture the right way and restoring due process under the Constitution. It’s about time.