If there is any doubt that professional Anti-war protester Cindy Sheehan is insane that doubt should be erased now. Today she was in Egypt trying to get members of the Islamic organization Muslim Brotherhood freed from facing a military trial. Yes THAT Muslim Brotherhood, arguably the mother of the Islamo-facist movement. These are the people who help start the movement that lead to the death of her son and this nut job goes to Egypt to defend them. Folks, most assuredly, this lady needs some psychological help.

Cindy Sheehan in Egypt for Islamists By MAGGIE MICHAEL Anti-war activist Cindy Sheehan joined a protest Wednesday seeking the support of Egypt’s first lady in ending a military trial of members of the country’s largest Islamic organization. Under the watchful eyes of dozens of black-clad and helmeted anti-riot police, some 50 heavily veiled wives and children of 40 senior members of the Muslim Brotherhood detained for the past year, gathered in front of the headquarters of first lady Suzanne Mubarak’s National Council Women carrying banners calling for their release. “I am here to protest the trial of civilians in front of a military tribunal as this is a violation to international law,” said Sheehan, who gained fame in the U.S. for her sit-in outside President Bush’s Texas ranch following the death of her son in Iraq. “As a mother of a son who was killed in the war, I presented a letter to Ms. Suzanne Mubarak to realize how those women and children are suffering.” The street protest was rare in Egypt where authorities ban most signs of public dissent. One woman carried a sleeping infant in her arms along with a poster reading “Father, I miss you.” In December 2006, the government engaged in a wide-ranging crackdown against the Brotherhood, the country’s largest opposition force — which holds one-fifth of the seats in the parliament — targeting in particular businessmen known to financially support the group. In February 2007, President Hosni Mubarak ordered 40 of the organization’s members to be tried by a military tribunal on charges of money laundering and terrorism. The court’s verdict is expected Feb. 26. According to the Brotherhood, 3,245 members of their organization were arrested in 2007. 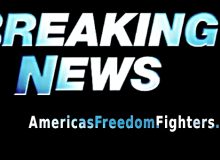 The Fence is Back, as Capitol Prepares for ‘J6’, Ashli Babbitt Rallies
Flag And Cross