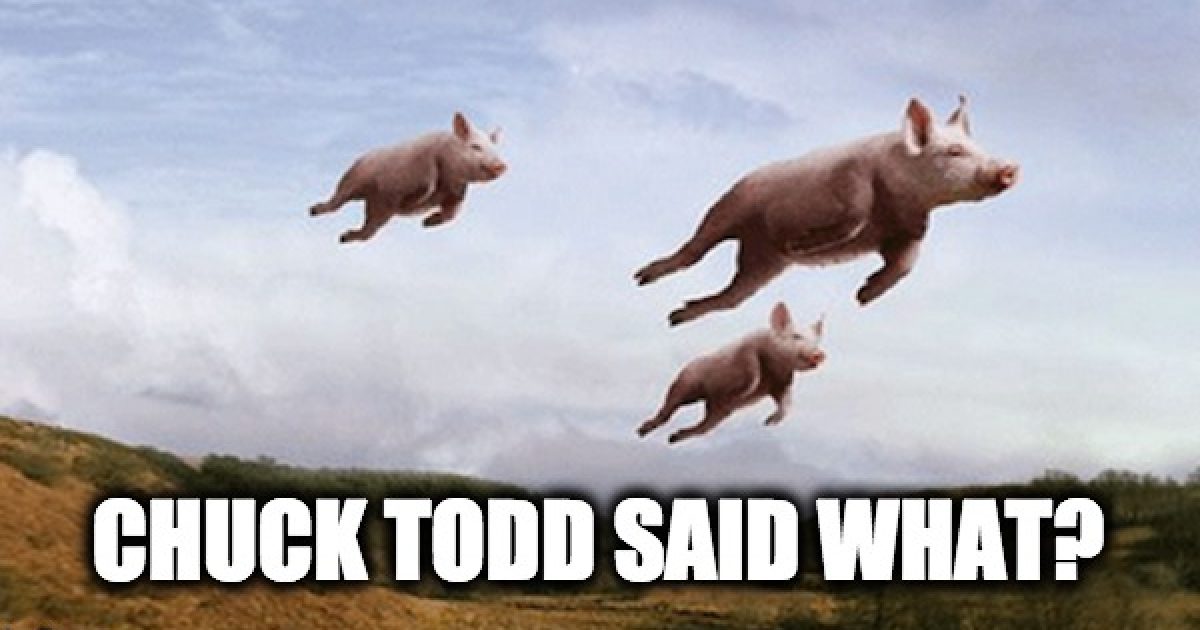 On Sunday’s episode of Meet the Press, Chuck Todd was forced to admit a truth that he apparently had no desire to accept.

He explained that Trump had the Democrats reeling, before launching into backhanded attacks on Trump’s honesty, and calling the President ‘unpopular’. While the President’s popularity is underwater, it’s at a similar level to President Obama’s at the same time in his presidency, can you remember anyone in the mainstream media calling him “unpopular”?

Despite his overall unpopularity, President Trump is winning and the Democrats right now are reeling.

The Supreme Court, Mr. Trump is about to shape the court for a generation by choosing a possible tie-breaking conservative justice and he’s already filled the lower courts with like-minded conservatives.

Republican party: The president’s approval rating among Republicans is around 90%. Elected Republicans fear to criticize him and the party has become a cult of personality. His.

Fake News: How about the term fake news? Mr. Trump has turned that phrase, which initially referred to the phony Russian-generated designed to support his campaign in 2016, into an applause line now to discredit responsible reporting showcasing his misdeeds.

Mueller: How about the Mueller investigation? The president has succeeded in convincing millions that the investigation is biased despite trafficking only in innuendo and not providing evidence.

Economy: Then there is the economy. It is doing well but it was doing well before he took office. With unemployment down and jobs being created, President Trump is getting this credit.

Still, much of Mr. Trump’s success is superficial. While he’s more popular among Republicans, the party overall is shrinking. His trade war, North Korea or the Mueller investigation all could turn against him and, frankly, turn against him now like North Korea has. But if the Democrats’ reaction to the Kennedy retirement proved anything, it’s that the Democratic Party has not figured out how to succeed in the Trump era.