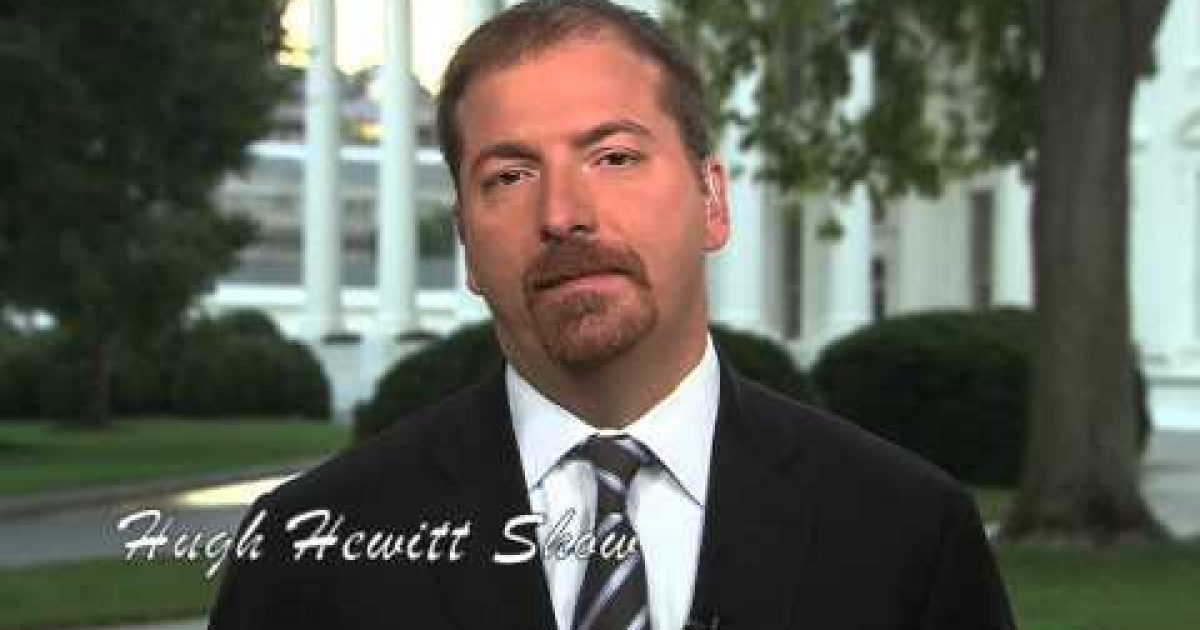 If there is going to be a fight for donors between Chris Cristie and Jeb Bush the New Jersey Governor is going to lose. At least that’s what Meet The Press’ Chuck Todd told Hugh Hewitt Show guest host Ed Morrissey on Friday evening’s program. Morrissey and Todd discussed the 2016 prospects for the GOP candidates explaining that Bush’s announcement earlier in the week was a notice to some of the other “moderate” candidates, stop talking me down to potential donors.


Morrissey: Look towards 2016. Now we’re hearing a little bit that there seems to be a big knife fight developing between the Jeb Bush team and the Chris Christie team on donors. Are you hearing anything about this?


Todd: Look, I wouldn’t call it a knife fight. I mean, I think it’s if, you know, I think, you know, I think Christie’s going to be on the losing end of this. I mean, look, what Jeb Bush did, and is, I think Jeb knew that a lot of people were skeptical of if he was serious, okay? I certainly was a skeptic. I certainly talked to people close to him that made me feel comfortable being sort of a 55% skeptic, meaning I just was more convinced he wouldn’t than would. And donors were in that same place. And in order to make them believe, he had to go early. They wanted to believe. Well, he did. And so this was about sending a message to Christie and Romney, okay, stop talking down, talking me down to these donors, because they’re all fishing in the same donor pond, the three of them. So, and all this stuff through the circular telephone and all, I mean, it is gossip central in that world. Jeb really made life miserable for both Christie and Romney right now.

Morrissey: So it’s getting cutthroat, then, in that small pool of the large donors, then?

Todd: So…on what’s legal and what’s not, even when they’re running for president. So you know, Jeb is in the pole position financially in ways that I think both Christie and Romney hoped they could have been that guy.

Morrissey: I am very surprised to hear that, actually. It’s been 14 years since Jeb’s run for any office. Nobody’s worried about that?

Todd: Well, his donor network has always been strong. Look, I think, look, we’re just talking about money. I’m with you. I think he could be out of shape politically. He certainly has issues with base conservatives. I’m going to have a little chart, actually, on Sunday that I’m going to show folks that shows that among Republican primary voters that we surveyed, you know, he’s fifth among Tea Partiers, okay, when it comes to could find themselves supporting. Fifth, okay? He’s first or second among every other demographic group of said Republicans, but fifth among Tea Party, or you know, folks that call themselves or supportive of Tea Party. Well, that’s your sort of populist, grassroots conservative. And that’s where he’s got problems. But Ed, if you’re advising him, if you want to be the nominee, what do you do? Get in early and start dealing with your problems. Well, what’s Jeb doing? Getting in early and seeing how deep his problem is.