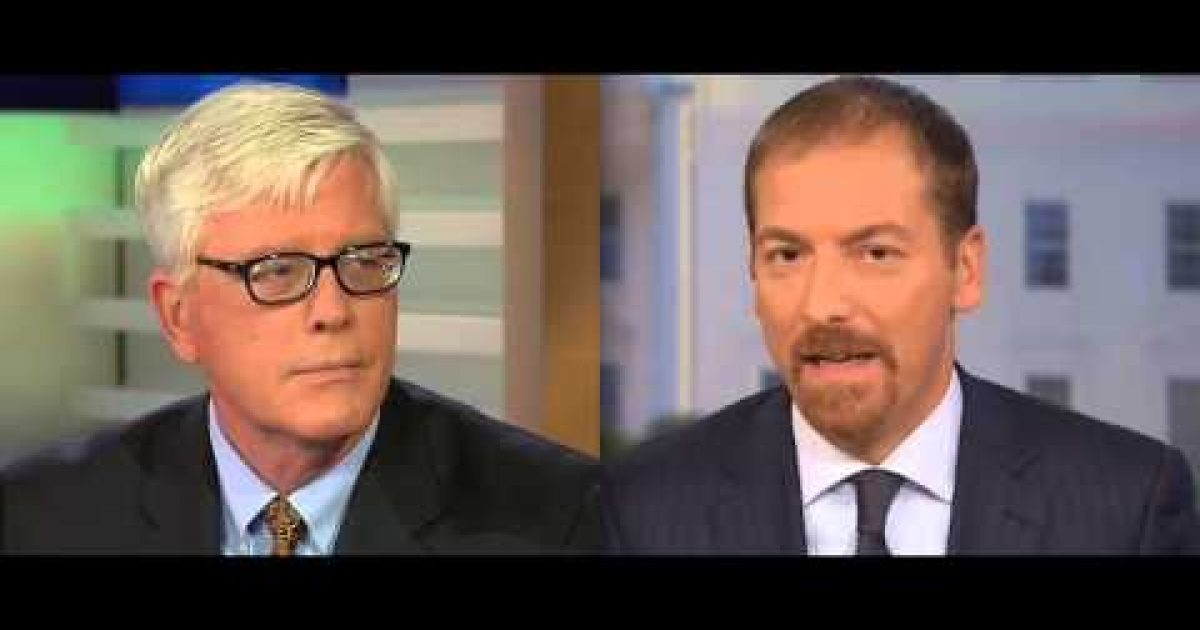 When someone from NBC News says a progressive liberal has had a bad week, you know it must have been a really lousy week. Chuck Todd, host of Meet The Press was a guest on Friday’s Hugh Hewitt program and as the interview was wrapping up he said a few things one would never expect someone who worked for NBC would ever say. First he said Hillary’s email servers were a huge issue going to her trustworthiness. He followed that up by saying Hillary’s first week of campaigning was a bomb, she had a good first day and has swung and missed every day since.

Todd: Look, I think it’s a huge issue. I’m sorry. I think it’s why those trust, those honest and trustworthy numbers were the way they were. We talked about this last week. I used those numbers on the show on Sunday.

Todd: I think this is, it brought back all of the Clinton demons that swing voters are uncomfortable with.

Hewitt: And she doesn’t, she didn’t take any questions this week to dispel those, did she?

Todd: No, and all, and can I just say this week, she had a golden opportunity to come across unscripted and truly out of her bubble. She created opportunities for herself, and then didn’t take them. I just say this was a perplexing week.

Todd: …watching her. They did very well on day one, and then sort of swung and missed every other day.