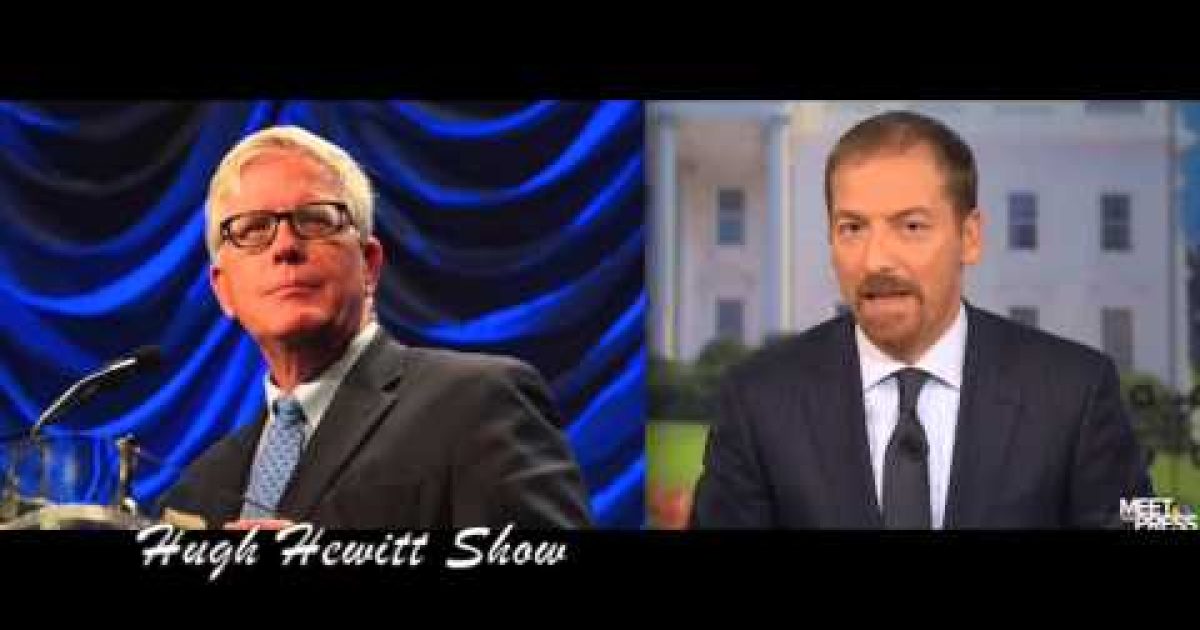 Chuck Todd, Meet the Press host and political director for NBC News it upset at the Cable news networks for spending an inordinate amount of time on “deflate-gate, ” the possible cheating by the New England Patriots, and too little time discussing the coup in Yemen and the U.S. losing a key ally in the War on Terror. Todd made the declaration on the Hugh Hewitt Show on Friday.

Hewitt: And here’s the irony. Tomorrow is the 50th anniversary of the death of Winston Churchill. Winston Churchill when he was the secretary for the colonies, and I’m going to talk with Larry Arnn next hour about this from Hillsdale College, drew the map of the modern Middle East. And today, 50 years later, it’s all going to hell, Chuck Todd. I don’t even know if you’re going to try and cover Yemen. No one can find Yemen on a map.

Todd: No, you know, it’s funny, you say try and cover. I’m actually, this has been, I’m obsessed with this. I mean, I’m sorry, look, I’m a football fan. I enjoy football. But yesterday, I was embarrassed, because I’m looking up, and all three news channels, okay, and all three major cable news channels, I have four TV’s in my office, always have three of the news channels. They’re all on Tom Brady. Yemen is actually on fire, okay? Yemen has the single most important, look, it’s the dangerous safe haven there is between Syria and Yemen, that Yemen, a very dangerous safe haven, and we’re just sitting here going, I’m just sitting there, and man, this is like this, when somebody, while Rome is burning, or while the string quartet is playing on the Titanic, we’re worried about deflated footballs when the Yemen situation is where it’s at? It was one of those, and I’m not trying to be like a news snob about this. But I’m interested in the Patriots story, too, but come on.