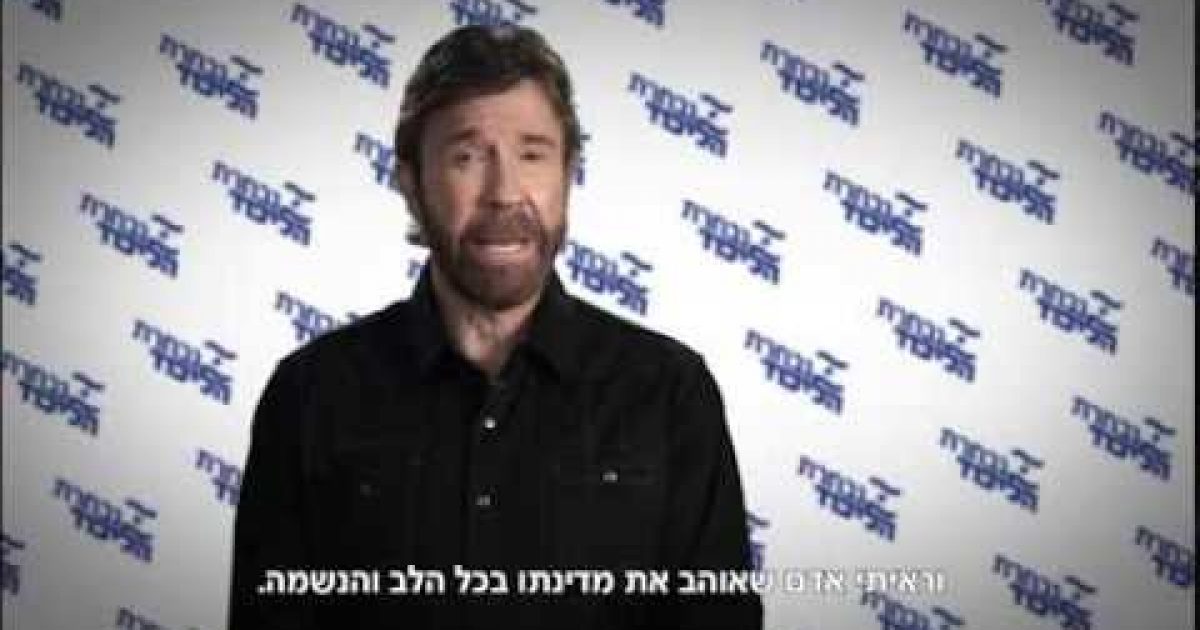 It is said that Rome was not built in a day, but only because Chuck Norris was too busy at the time helping God create the Heavens and the Earth. I guess the Lord was busy because now Chuck Norris has done an ad for Bibi Netanyahu’s campaign. Hopefully the power of the Chuck will work —after all everyone knows that on the 8th day God created Chuck Norris.

Watch the commercial below:

I watched Prime Minister Netanyahu’s speech before Congress, and I saw a man who loves his country with all his heart and soul. I also saw a strong leader that is absolutely crucial for the safety of the Israeli people.

I have done three movies in Israel – “Delta Force” being my favorite – and I formed many friendships while there. You have an incredible country, and we want to keep it that way.

That’s why it is so important that you keep a leader who has the courage and vision to stand up against the evil forces that are threatening not only Israel but also the United States. You see, we the American people need Prime Minister Netanyahu as much as you do. Weak leadership can destroy your country and then the evil forces can concentrate on America, too.

So I ask you, please, for the sake of Israel and the whole Middle East, vote for Prime Minister Netanyahu on Election Day

Megyn Kelly: Biden’s Call for Unity Is ‘Nonsense’; the Left Has ‘Awakened a Sleeping Giant’
January 23rd, 2021 The Mental Recession