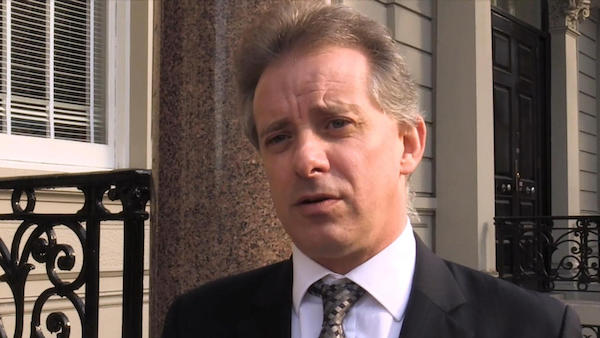 In September 2017, four months into the Mueller investigation, the FBI interviewed Christopher Steele, the man behind the Steele Dossier, and learned it was a partisan document designed to hurt Donald Trump. Yet the investigation continued for another year and a half.

On his last full day in office, President Trump announced that over the objections of the FBI, he had declassified many of the remaining documents from “Crossfire Hurricane.” The documents will be redacted to protect sources and methods. The first of those documents surrounding an interview of Christopher Steele was released to John Solomon who published them (embedded below).

Dossier author Christopher Steele admitted to the FBI that he leaked the Russia collusion story during the height of the 2016 election to help Hillary Clinton overcome her lingering email scandal and because he believed Donald Trump’s election would be bad for U.S. relations with his home country of Britain, according to documents declassified by the president in his final full day in office.

The FBI report of an interview that agents conducted with Steele in September 2017, nearly a year after he had been terminated as an informant, provided explosive information about his motives in working simultaneously for the FBI and the opposition research firm for Clinton’s campaign. The document was obtained by Just the News and at times reads like a confession from the now-infamous former MI6 agent and author of the anti-Trump dossier.

Steele was working two angles at the same time. On one hand, he was cooperating with the FBI, on the other, he was busy muck-raking for team Hillary. When push came to shove, he prioritized his work with Hillary over the FBI. When questions about her emails resurfaced, Steele knew she was in trouble, and took action… leaking the Russia story to the press.

We also know he leaked it to John McCain (per McCain himself), and the Steele interview confirmed that fact. As for the ‘foreign interference’ that Hillary keeps talking about, it wasn’t Russia:

Steele and his partner Christopher Burrows even suggested the FBI deserved some of the blame for the decision to leak to the news media and Sen. John McCain’s office.

“STEELE and BURROWS described the overall situation as being one where it was ‘your [FBI] fault’ and ‘our fault,’” the memo reported, adding that Burrows was also upset the FBI had not paid Steele for his anti-Trump work.

The two British citizens told the FBI that concerns about the impact of a Trump presidency also motivated them.

“STEELE and BURROWS described President TRUMP as their ‘main opponent’ and indicated that they were fearful about how Trump’s presidency negatively impacted the historical US-US alliance and the US-UK special relationship,” the memo stated.

This interview was buried, but it was also conducted in 2017. There is NO (honest) reason for the Mueller investigation to have dragged on for as long as it did when we know the very predicate of it was complete bulls**t.

It gets better. How did Steele meet that sketchy Russian sub-source he cited in the dossier?  You’ll recognize her name.

Fiona Hill. Remember her? She testified against Trump during the first Trump trial. Based on her other Russiagate actions, helping Steele was not surprising. 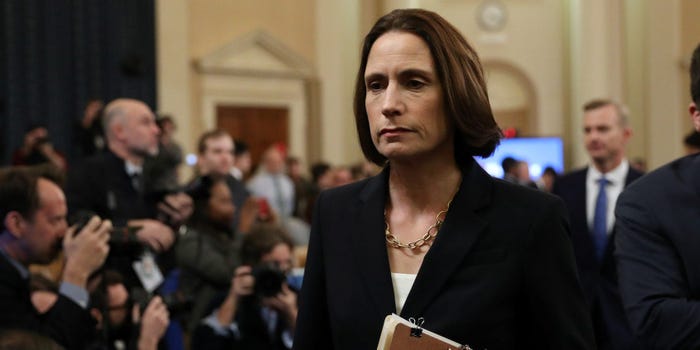 On 27 July 2016, out of the blue, Fiona Hill published an article in Vox on “3 reasons Russia’s Vladimir Putin might want to interfere in the US presidential elections.” The timing was, let us say, distinctive.  This was four days before the FBI launched “Crossfire Hurricane,” and three days before Bruce and Nellie Ohr’s fateful breakfast meeting with Christopher Steele.

It was also at the time the mainstream media were suddenly beating a drum about “Russian interference in the U.S. election.”  There can be little doubt that that spurt of themed coverage, virtually identical across media platforms, as a result of Glenn Simpson’s and Christopher Steele’s effort to stop the “Russian interference” narrative around the mainstream media, a campaign Simpson alluded to (albeit obliquely) in his testimony to Congress in 2017.

Obviously, Hill was out to “get” Trump from the beginning.

Trump kept using the word ‘witch-hunt’ to describe the attacks on his Presidency. It really does look like he was onto something.

And this is just ONE of the many documents that Trump just declassified. We look forward to seeing the rest later today.

Read the declassified FBI documents regarding the Steele interview below:

Steele 2017 FBI Interviewed Part One by Jeffrey Dunetz on Scribd