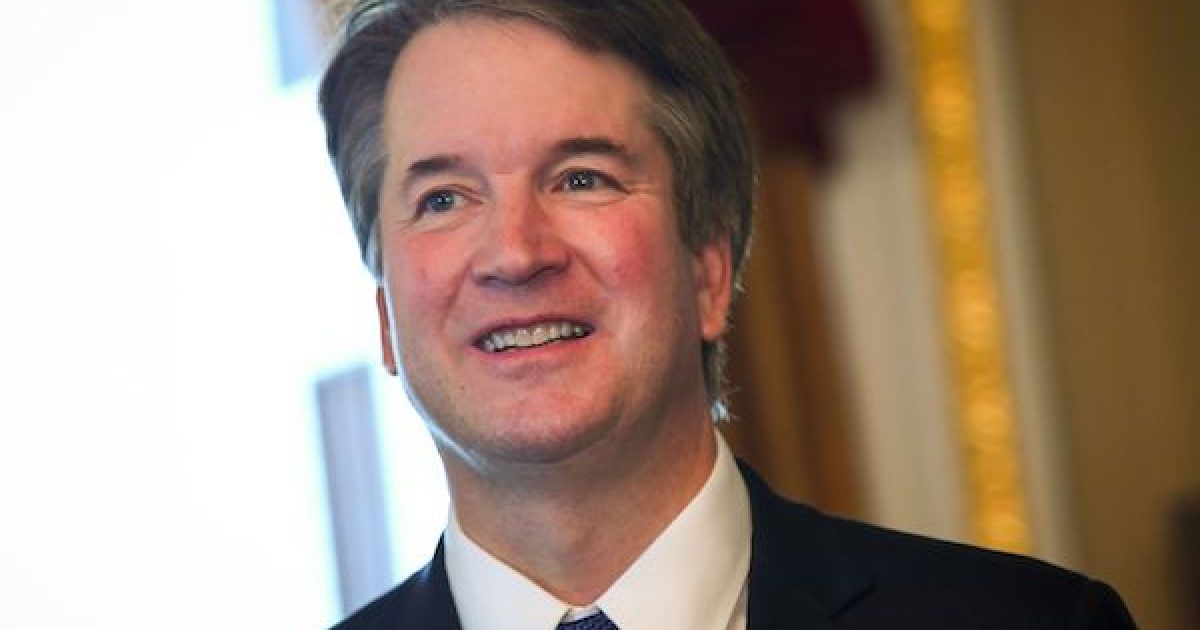 It wasn’t witness tampering, it was more like witness noodging. The WSJ is reporting that Leland Keyser, a friend of Kavanaugh accuser Christine Blasey Ford who Ford claims attended the party where she was allegedly assaulted, told FBI investigators, a retired Federal Bureau of Investigation agent had urged her to “clarify” her statement, the people said.

That former FBI agent was Monica McLean. If McClean’s name sounds familiar, we reported earlier this week that according to an ex-boyfriend of Dr. Ford, McClean was coached by the accuser on how to take a lie detector test. That ex-boyfriend’s account (below)  contradicts Ms. Ford’s testimony.

“I witnessed Dr. Ford help [Monica L.] McLean prepare for a potential polygraph exam” and that Ford had “explained in detail what to expect, how polygraphs worked and helped [her] become familiar and less nervous about the exam,” using her background in psychology He added that the woman, Monica McLean, had been interviewing for jobs with the FBI and U.S. Attorney’s office

The statement to the FBI offers a glimpse into how Dr. Ford’s allies were working behind the scenes to lobby old classmates to bolster their versions of the alleged incident, as were Judge Kavanaugh’s.

(…)On Thursday, a day after sending to the White House the report on its investigation into the allegations against Judge Kavanaugh, the FBI sent the White House and Senate an additional package of information that included text messages from Ms. McLean to Ms. Keyser, according to a person familiar with the matter.

Ms. McLean’s lawyer, David Laufman, said in a statement: “Any notion or claim that Ms. McLean pressured Leland Keyser to alter Ms. Keyser’s account of what she recalled concerning the alleged incident between Dr. Ford and Brett Kavanaugh is absolutely false.”

Ms. Keyser’s lawyer on Sept. 23 said in a letter to the Senate Judiciary Committee that she had no recollection of attending a party with Judge Kavanaugh, whom she said she didn’t know. That same day, however, she told the Washington Post that she believed Dr. Ford.

On Sept. 29, two days after Dr. Ford and the judge testified before the Senate Judiciary Committee, Ms. Keyser’s attorney sent a letter to the panel saying his client wasn’t refuting Dr. Ford’s account and that she believed it but couldn’t corroborate it.

In other words, her statement wasn’t changed but merely softened by the forces trying to slander the name of a good man.

Hopefully, by late Saturday night,  Brett Kavanaugh will be confirmed to be the next Supreme Court justice.   But, I am afraid that he will never be able to regain his good name.  I am reminded of an old Hasidic tale about a man who went through his community slandering the town’s rabbi.

One day, feeling remorseful, he begged the rabbi for forgiveness and said he was willing to do penance. The rabbi told him to take several feather pillows, cut them open, and scatter the feathers to the winds. The man did so, but when he returned to tell the rabbi that he had fulfilled his request, he was told, “Now go and gather all the feathers.”

The man protested, “But that is impossible.”

“Of course it is. And though you may sincerely regret the evil you have done and truly desire to correct it, it is as impossible to repair the damage done by your words as it will be to recover the feathers.”