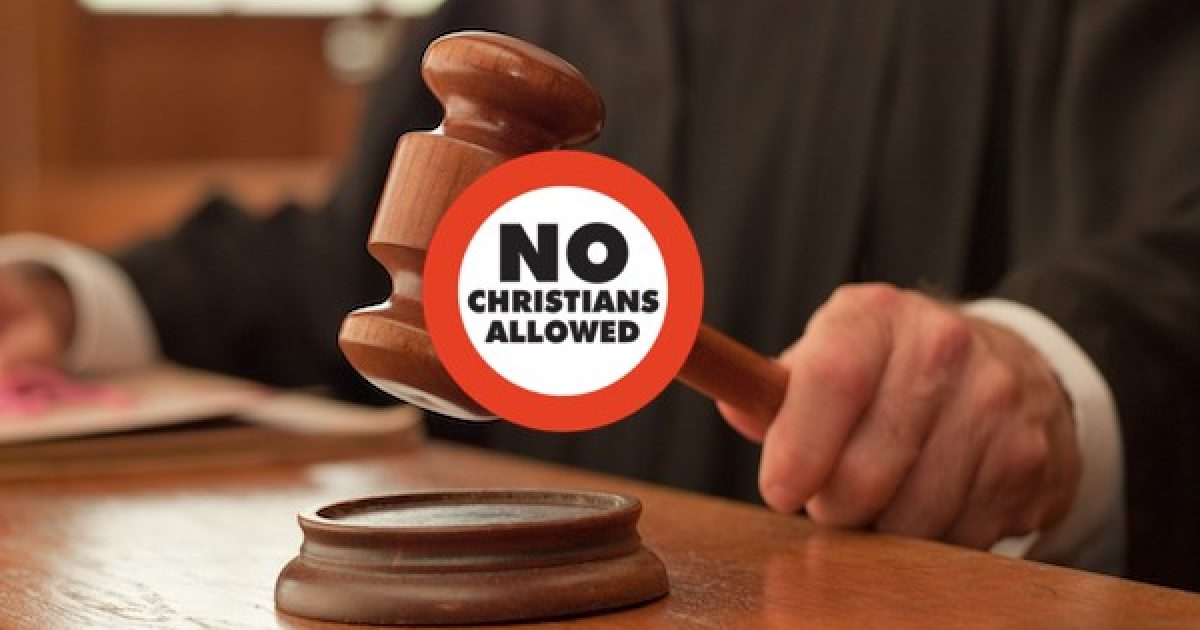 Do you want to be a federal judge?

Then you better not be a professing Christian believer, or the Democrat Party will fight against your confirmation.

Amy Coney Barrett is a nominee for the 7th Circuit Court of Appeals and I think she was probably blown away by the negative attention she received from the Democrat Party during her confirmation hearing on Wednesday morning.

Barrett is a professor of law at the University of Notre Dame and as a practicing Catholic and a lawyer, she’s spoken and written quite a bit on the confluence of faith and work in the public sector.

It was this combination of the role your faith plays in your work that the Democrats took issues with and the brilliant legal mind was taken to task for her Christian faith.

Senators Dianne Feinstein (D-CA), Dick Durbin (D-IL), and Mazie Hirono (D-HI) all took shots at Barrett’s faith and suggested that she wouldn’t be able to do the job of a judge because of her Catholic faith.

“When you read your speeches, the conclusion one draws is that the dogma lives loudly within you and that’s of concern when you come to big issues that large numbers of people have fought for years in this country,” Feinstein said. Feinstein is clearly hinting here at the Supreme Court decision in Roe v. Wade, a ruling that Feinstein supports so vociferously that she has even called it a “super-precedent.”

Feinstein issued this highly unnecessary and evidently anti-Catholic comment in spite of the fact that Barrett said earlier in the hearing, “It is never appropriate for a judge to apply their personal convictions whether it derives from faith or personal conviction.”

It wasn’t just Feinstein spitting bigotry and hate in Barrett’s direction, the supposedly Catholic Dick Durbin also had some criticism for Barrett’s version of the faith.

Other Democratic senators took issue with Barrett over her faith as well. Senate minority whip Dick Durbin criticized Barrett’s use of the term “Orthodox Catholic,” insisting that it unfairly maligns Catholics who do not hold certain positions about abortion or the death penalty. (Durbin himself is a Catholic who abandoned his previous pro-life position.) “Are you an orthodox Catholic?” he later asked Barrett point blank.

And Senator Mazie Hirono spent some time speaking down to Barrett and mocking her Christian faith.

And Hawaii Senator Mazie Hirono snarked, “I think your article is very plain in your perspective about the role of religion for judges, and particularly with regard to Catholic judges.”

The problem here is that these Senators all chose to ignore what Barrett has explicitly written about the faith and practice of judges serving on the bench.

In fact, Barrett has explicitly written that “judges cannot — nor should they try to — align our legal system with the Church’s moral teaching whenever the two diverge.” She has also insisted that judges ought to recuse themselves in situations when their faith conflicts with their judicial responsibility.

It’s not just judges that Democrats believe Christians are ill-suited to be, earlier this year Senator Bernie Sanders (I-VT) and Senator Chris Van Hollen (D-MD) railed against Russell Vought, who was Trump’s nominee for Deputy Director of the White House Office of Management and Budget. What didn’t they like about Vought? The fact that he was a Christian.

Watch the ugly attack on Vought by Sanders: