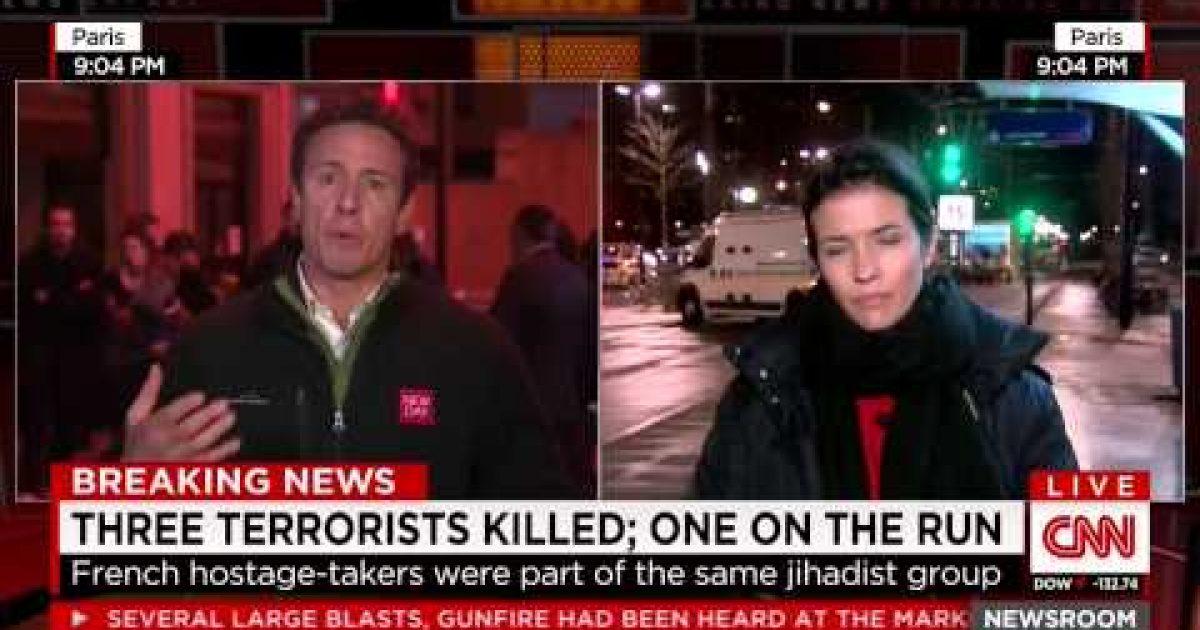 Hours after French President Francois Hollande denounced Friday’s terrorist attack against Hyper Cacher, a Paris kosher market, as an “anti-Semitic attack,” CNN wasn’t convinced. According to Chris Cuomo, the fact that Muslims shop at the market because followers of Halal can also eat kosher food casts doubt about why the market was chosen.

Cuomo: Let’s go to Isa Soares. The French President Isa —You are outside of the kosher market where hostages were held and many were released. Some did not make it out. Others were injured. So were some of the S.W.A.T. Team members that perpetrated the assault there to try to free them. The French president said this was an anti-Semitic attack. Now, of course, it’s a kosher market. We’re also told that many Muslims shopped there as well to fill their own specific religious dietary needs. What have you heard there about how this is perceived and whether or not it was a specific targeting attack of Jews?

Soares: Hi, Chris. Yes, the people I’ve been speaking to, they’re not really saying it was specifically attacking Jews. This is not particularly a Jewish area in the east of Paris. This is middle class area. It’s lots of different stores. Not just Jewish stores like you said, Muslim stores as well. A variety of shops here. People would not expect to see much police activity in this area. So it’s a very ordinary, if I can say that, a very ordinary part of the east of Paris, really.

Soon after this report, CNN quoted a reporter from BFM, a French TV station which interviewed the kosher market terrorist via phone. The reporter said, “He said he did to defend oppressed Muslims, especially in Palestine, and he chose a kosher supermarket because it served Jews.’”