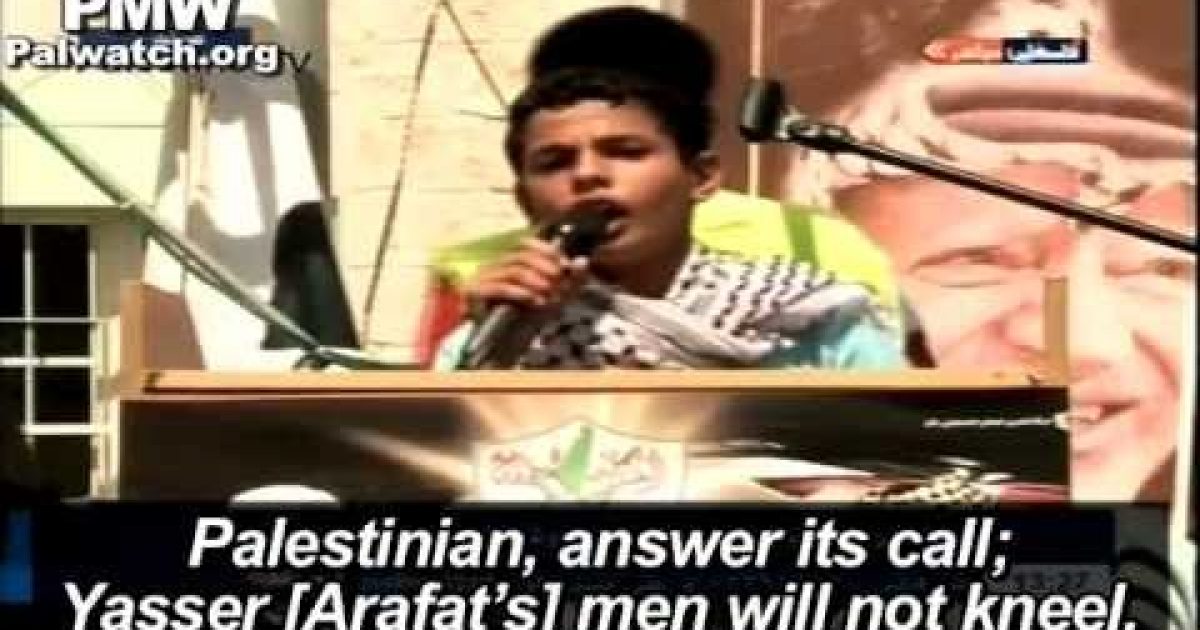 At a Fatah party ceremony broadcast on the official Palestinian TV channel last month, a young boy was asked to present a poem he had written. The poem called to attack Israel violently: “Destroy, shock, burn, and set fire,” as well as martyrdom, “Your homeland is your honor; protect it with your blood.”

Fatah is the Palestinian political party ruled by Palestinian Authority President Mahmoud Abbas, who is considered a moderate peace partner by President Obama, the mainstream media, and (at least publicly) by the Israeli government. Despite the image of moderation portrayed to the Western World, Abbas’ party spews hatred in Arabic to its own people .

The video above is just one example of the ways Mahmoud Abbas passes on hatred to the next generation, as the young child reads a poem calling for blood:

Pick up your rifle, resist and terrify [them].
Break your silence, free your thoughts,
Stand firm, strengthen your heart.
Destroy, shock, burn, and set fire.
Heal your wounds and forget your cares.
Your homeland is your honor;
protect it with your blood…
Find your weapon next to my weapon.
Al-Aqsa [Mosque] calls: ‘Where are my men?’
Palestinian, answer its call;
Yasser [Arafat’s] men will not kneel.
[Official PA TV Live, Sept. 16, 2014]

Watching the child in the video below makes one wonder of these Palestinian Muslim moms really love their children.