Chelsea Handler Wants To Restrict Free Speech (Except for Hers) 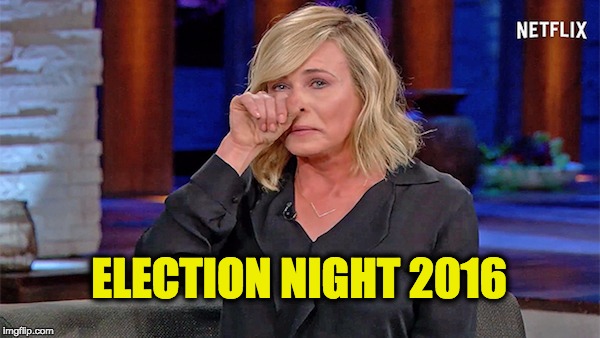 It started with the report that two Chinese tourists in Germany were arrested for racist jokes, even though they were not even mocking or denigrating anyone’s race. They were actually mocking defeated Naziism!

Like millions of visitors to Germany each year, two Chinese tourists made their way this weekend to the Reichstag, seat of the lower house of Parliament, where they snapped photos of themselves outside the historic building.

But the two tourists were hauled off to a Berlin police station after running afoul of decades-old laws forbidding the use of some symbols and gestures — like those used by Hitler and his followers.

According to the police, the two snapped cellphone photos of each other making a Nazi salute outside the Reichstag — an illegal act witnessed by police officers assigned to guard the numerous historic sites in the area.

The article goes on, but it is pretty clear that, though Germany may not be Nazi anymore, it clearly has never stopped being fascist. There is no freedom there.

Naturally, Chelsea Handler thinks Germany is superior to the United States. She holds it up as a model for America.

2 Chinese guys were arrested in Berlin for making nazi salutes. Wouldn’t it be nice 2 have laws here for people who think racism is funny?

The Daily Caller summed it up in their headline: “Chelsea Handler Wants Thought Crimes to Be a Thing.”

What is even more pathetic about this stance is that it would get Handler herself thrown in jail. As the Independent reported last year, “Chelsea Handler accused of making ‘racist’ joke about Angelina Jolie and Brad Pitt’s children.”

Angelina Jolie has filed for divorce from Brad Pitt… he wants the China; she wants Pax and Maddox. ##sorrycouldnthelpmyself

There was also the time she said something that her fellow liberals would consider xenophobic,

“This is not going to be a popular thing to say, but honestly, if Muslims are primarily the people that are blowing up planes, then I would like [the TSA] to be searching Muslims before I get on a plane,”

Then there was that Oscar night when she took pot shots at 12 Years A Slave star Lupita Nyong’o when she won the Academy Award for Best Supporting Actress: