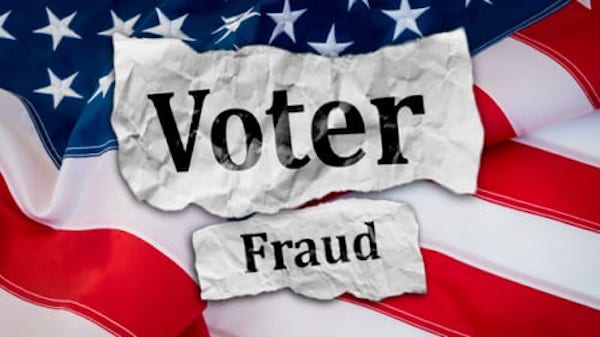 There’s an old joke that goes like this: How does a lifelong conservative voter in Chicago switch to being a liberal voter? He dies. cheating in elections.

If the left is so great and their ideas are so fantastic, then how come they often have to cheat to win elections?

During the coronavirus, with its extraordinary upending of our regular life, some want to use this crisis to permanently change how we vote in this country. This reminds me of the left’s slogan, “Never let a crisis go to waste.”

On March 16, the A.P. reported on a new law in Chicago whereby prisoners can vote in prison (not just by absentee ballot): “A state law enacted last summer requires that Illinois’ 20,000 pretrial detainees be given the opportunity to vote. That means absentee ballots must be distributed in every jail in the state. But the law also requires that any county with more than 3 million residents set up voting machines in the jail. Cook was the only county to qualify.”

On April 3, CNN observed, “The coronavirus crisis has prompted new calls to expand access to voting ahead of November’s election and intensified the long-running partisan fight over voting rights…. And House Speaker Nancy Pelosi has said she wants money dedicated to vote-by-mail to be part of the next coronavirus bill.”

It may sound good, but some of the left’s tactics have been designed to basically steal the vote.

The left has been pushing for illegal immigrants to be able to vote. And every time an illegitimate vote is cast, it nullifies a legitimate vote that is cast.

If there is cheating by Republicans against Democrats, I’m not aware of it. If you answer, “Watergate,” please note that was about half a century ago.

As we face the critical election this year, 2020, we do well to stay on guard against any means from anybody to steal our vote. Veteran journalist Bob Knight wrote a book, Liberty on the Brink, on the left’s efforts to falsify elections.

In a TV interview, he told me, “One thing is to allow millions of illegal immigrants into the country, not keep track of them, and then weaken the voting laws….In the book, I go through several ways they do this. They fight voter ID laws, which are very common-sense laws because everybody agrees on them.”

Scott Powell, a senior fellow with the Discovery Institute, told me: “In America, you have to have an identification to fly, to buy alcohol, to drive a car. Voting in an election is one of the more important things an American citizen can do, and there should be unanimous support for voter identification. Without voter identification, we are more likely to have electoral fraud, and that can swing elections in key areas.”

One of the critical strategies of the left to try and sway the outcome of upcoming elections is a movement to abolish the Electoral College. But that was a brilliant concept by the founders in the Constitution itself to allow for states across the nation to have their say in the outcome of the election for president. The left just wants the big cities (usually liberal) to decide.

As constitutional attorney Jenna Ellis points out, “The Electoral College is a process that was put in place to safeguard the safety of the voters and to make sure that every state has a voice and has representation.”

Bob Knight gives an example of a practice rife with the potential for voter fraud: “Ballot harvesting is one of the latest techniques that the left is using to, I believe, steal elections. Ballot harvesting is legal in some jurisdictions, and it means you can go out and collect ballots from people you’re not related to. Usually, you cannot vote, you cannot turn in a ballot for someone you’re not related to, and that’s to prevent vote fraud.”

He points out that on election night 2018, in usually conservative Orange County, California, several Republicans were leading—one of them by 14%. And then, says Knight: “Thousands of ballots came in [later] that were harvested by volunteers, usually union leaders. And that swept the Democrats to power in all congressional districts in Orange County. Now I can’t believe that Orange County overnight became a Democratic county, other than the ballot harvesting that facilitated it.”

Yes, the coronavirus may alter some of how voting is done in this critical election year. But it ought not to be how the left tries to steal our vote.

Knight notes how serious this threat of voter fraud is: “The left is trying to take over the country and impose a socialist state on America. If they win this time around, I’m not sure we’ll ever get the American freedom we’re used to back.”