Charlie Crist Says I Left The GOP Because of The Party’s Racism (Not Because Rubio Kicked His Arse?) 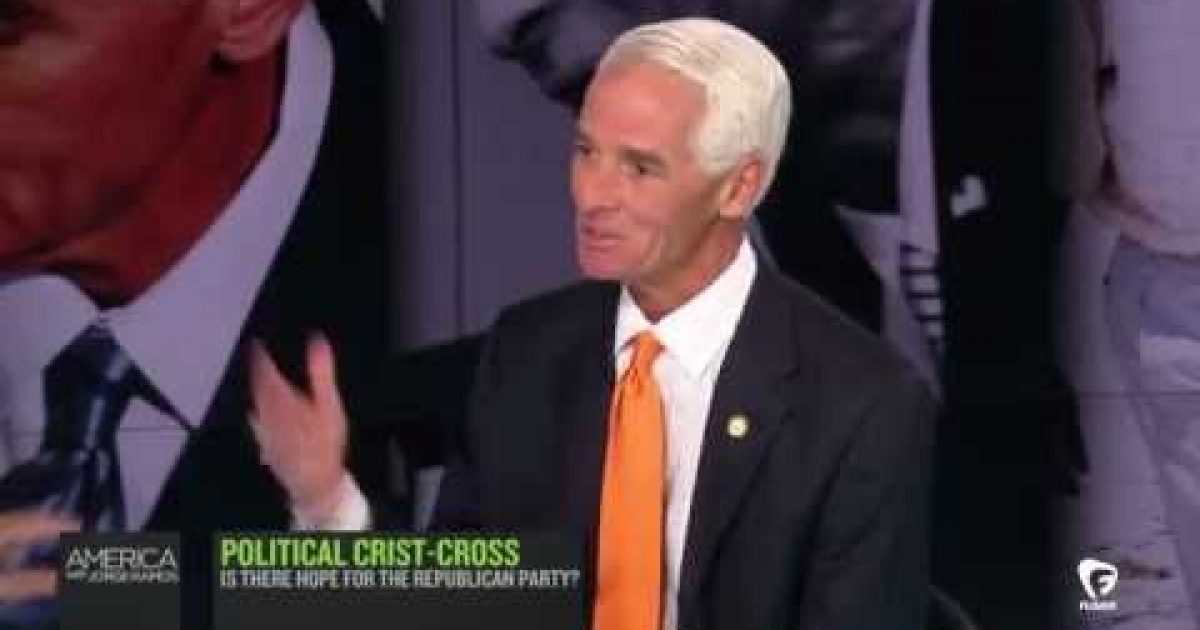 Former Florida Republican Governor and present Democratic Party candidate for returning to that office Charlie Crist blasted his old party Tuesday during an interview with Fusion’s Jorge Ramos, saying he left the party because party had a “racially-motivated bias against President Barack Obama.” When host Jorge Ramos pushed back suggesting that Crist left the party because Marco Rubio beat him handily in the primary, Crist insisted it was because the “Republican leadership went off the cliff.”

No, I left the Republican Party because Republican leadership went off the cliff. They’re so hard right now they won’t cooperate with the president on anything. It was because I couldn’t be consistent with myself and my core beliefs and stay with a party that was so unfriendly toward the African-American president. I’ll just go there.

Because I was a Republican, and I saw the activists and what they were doing, it was intolerable to me. As I told you before, my mother and father taught my three sisters and me to treat everybody well – we’re all children of God – and I saw how the party, some of them, were treating the African-American president, and I couldn’t take it anymore.

When Ramos asked Crist about opposing in-state tuition for children of illegal immigrants as a Republican but supporting it now Crist blamed the GOP.

I was a Republican, and Republicans didn’t like it. I really felt like a round peg in a square hole, so, you know, would try to be a good team player, and it wasn’t always comfortable for me. But now that I’ve been liberated as a Democrat my true soul is seen, and I couldn’t be happier about that.

Crist had no issue with the party at the beginning of his Senate primary race, when he had a huge lead over Marco Rubio. But when it became apparent that Rubio would beat him on primary day Crist announced he would run against Rubio and Democrat Kendrick Meek as an independent which drove party leadership to disassociate themselves from the Governor. Crist’s reaction was to attack his old party a strategy he continued in the interview with Ramos.