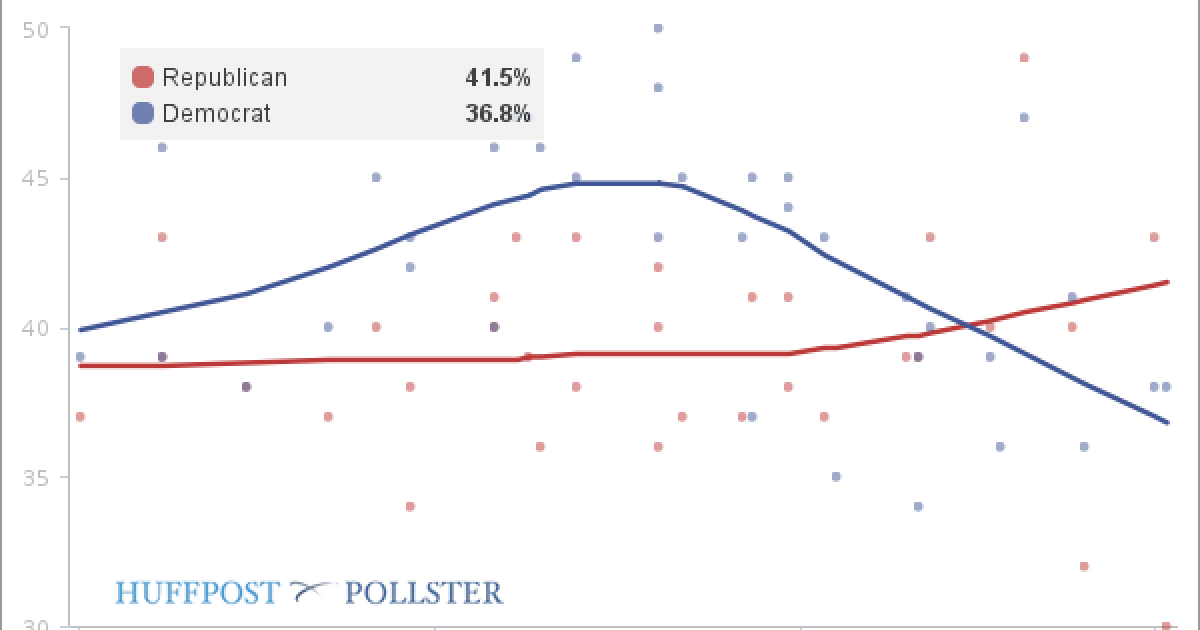 Although sales of “Green Eggs and Ham” spiked up, after the 16-day government shutdown in October, the numbers weren’t quite as good for the Republican Party at least with the generic congressional ballot polls. According to a Huffington Post polling average, in mid-July the two parties were separated by a tiny two-tenths of a percent, but then came the shut down and what Charlie Cook, dean of political polling gurus called “one of the most dramatic shifts I’ve ever seen in 40 years of involvement in politics.” Sure enough, the Democratic numbers in the generic ballot began to pull dramatically ahead, resembling a steep ascent up the side of a mountain, ending about 7 points ahead of Republicans, 45 percent to 38 percent—an advantage that, were it to last until the election, would give Democrats a chance to recapture the House.

Then, in mid-October, the focus shifted from the government-shutdown fiasco to a different debacle, this time a Democratic disaster: the botched launch of the Obamacare website and subsequent implementation problems of the health care law, including termination notices going out to many people who had insurance coverage. The Democratic numbers from the generic-ballot test dropped from 45 percent to 37 percent, and Republicans moved up to 40 percent. This 10-point net shift from a Democratic advantage of 7 points to a GOP edge of 3 points in just over a month is breathtaking, perhaps an unprecedented swing in such a short period. Occurring around Election Day, such a shift would probably amount to the difference between Democrats picking up at least 10 House seats, possibly even the 17 needed for a majority, and instead losing a half-dozen or so seats.

The shift may be a once in 40-years event for the generic congressional ballot, but not necessarily for all political polls. During the 2012 GOP primaries it was not uncommon to see a 20 percentage point shift from one candidate to another in the space of a week or two.

Republican’s should not allow their present advantage in the generic ballot to spur them to purchase food and beer for a victory party, the 2014 mid-terms are a long time away and their is much that can happen.

Their latest advantage was not built on anything the GOP did, but on the failed Obamacare launch. Americans forgive and forget easily. However unlikely the scenario, should there be no more issues with the website and no more people losing the plans they were promised they could keep, the initial negative effect of the bad launch could wane.

On the other hand if there is another government shutdown (just as unlikely) the Republican numbers will crash.

Then there is the economy, the 3.6% growth rate in the GDP, and the 7% unemployment rate, both announced this week could be the start of the long-awaited economic recovery. Although an improving economy will produce a slower polling turn around than what we have seen as a result of each party’s blunder.

The most important thing these numbers reflect is that 2014 is a very winnable election for the Republican Party, but then again so was 2012.