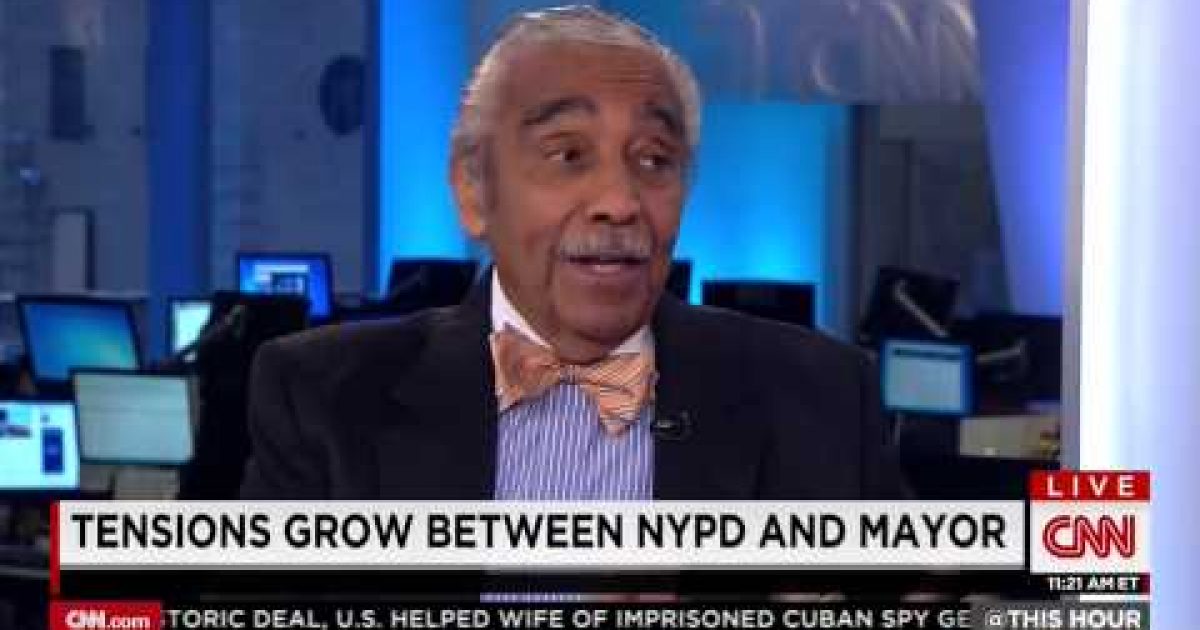 Charlie Rangel (D-NY) may be the only person in NYC who didn’t know the protesters in New York were chanting, “What do we want? DEAD COPS When do we want them? NOW!” A cording to Charlie they never happened. He!was on CNN this morning being interviewed by Ashleigh Banfield. When Banfield brought up the ugly chants, Rangel insisted the call for “dead cops” never happened, that was until Ashleigh showed him the tape.

But you have to feel bad for Charlie, he also believes his many ethics violations never happened. He was censured on the House floor in
December 2010 after the ethics panel found him guilty of 11 charges
related to his conduct outside the Capitol. The vote against him was a
bi-partisan 333-79. But to crazy Charlie it was all racism. So cut the guy a break, he has no conception of reality.