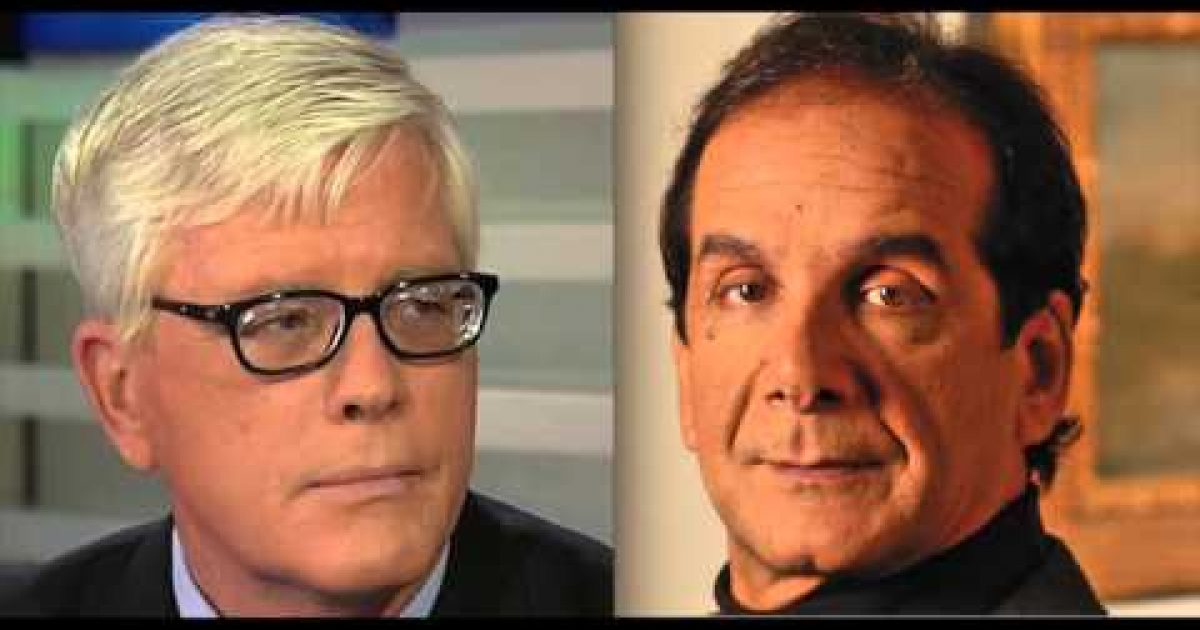 Once again our thin-skinned president has made Fox News the symbol of everybody who disagree with him and his policies. This time he says that Fox is always describing poor people as lazy or leeches, etc. He used that as a leaping point to criticize all of the media.

On his Wednesday evening program Hugh Hewitt asked Charles Krauthammer about the comments, as usual Krauthammer was direct, brutal and correct. Read and hear his comments below:

Hewitt: Charles, tomorrow, I’m talking to your colleague, Kirsten Powers, about her new book, The Silencing. There’s an entire chapter on the President’s obsession with Fox News. But what does, it kind of reached a crescendo yesterday. What did you make of that?

Krauthammer: I remember we talked about it last night on Special Report, and I suggested that Fox buy a full-page ad touting the fact that Barack Obama is apparently now a constant viewer of Fox News, he’s such an expert on it. He said if you watch it all the time, so I’m glad to know that he’s joined this vast audience that Fox commands. Look, this is sort of a pathological Obama where you know, he picks up these memes. He doesn’t know a damn thing about what’s on Fox. The idea that Fox is constantly showing, you know, sponges and leeches, and never shows the waitress trying to make it, it’s just sort of the mythological world that he lives in. Or he may be cynical. I mean, he may know it’s all nonsense. I mean, I can’t tell. I mean, after all, you probably need a psychiatrist to figure that out. But it’s either cynical or just hopelessly deluded on this. I would prefer to think he’s cynical, because I’d like somebody in the White House who’s not delusional. And this is the usual Obama cynicism. It’s the media, it’s the press, they’re underreporting liberal successes. I mean, look, the fact is a war on poverty, the billions poured into helping the poor, which in my 20s I rather supported until in my 30s, the empirical social science evidence began to come out that not only was money poured down the drain, but it was undermining the traditional structures of even the poorest neighborhoods and leading to real terrible pathologies, including helping to accelerate the breakdown of the family. So these are, there’s just the empirical social science refuting the liberal nostrums about how to help the poor. But he never engages in an argument. It’s all ad hominin.