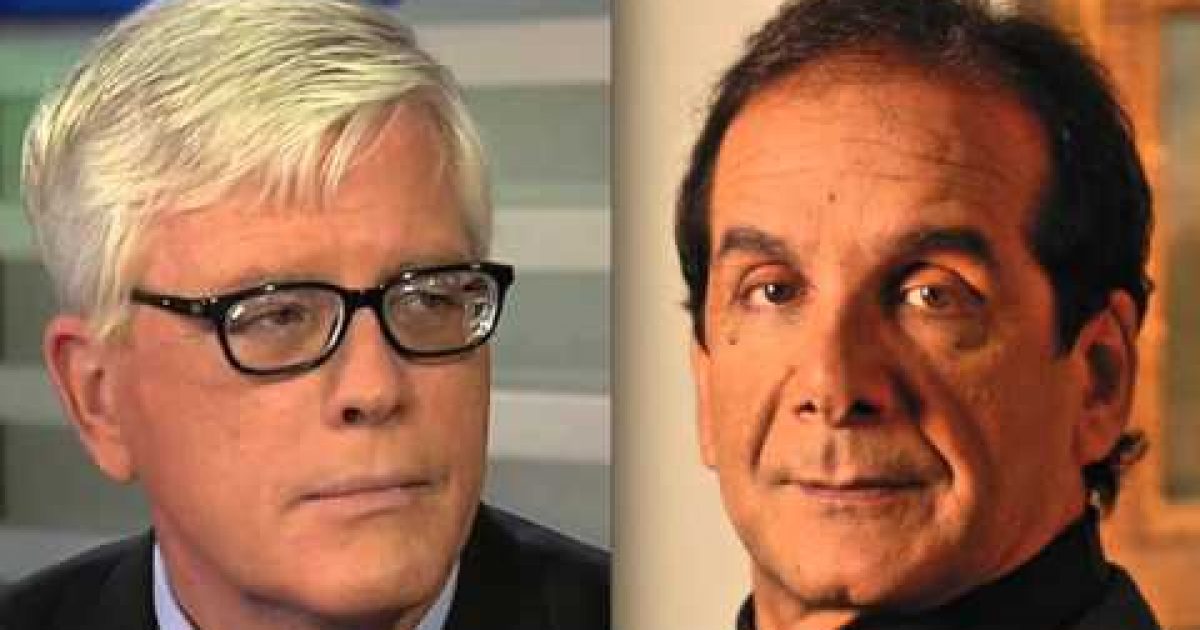 Add Charles Krauthammer to the list of people who were unhappy with Rand Paul’s recent statement blaming a segment of his fellow Republicans for the development of ISIS.  The Pulitzer Prize winning columnist was a guest on Hugh Hewitt’s program on Friday and blasted the Kentucky Senator for his ignorance and then let the listeners through all the reasons Paul was wrong. The transcript and audio of this segment is a must read/listen to and follows below:

Hewitt: And so Charles Krauthammer, who’s right in this spectrum of explanations for ISIS?

Krauthammer: Excuse me, yes. That’s a Freudian slip right there.

Krauthammer: Yeah, Rand Paul’s, actually, both of them, but Ron’s innocent on this one. He says, you know, these guys, Lindsey Graham wanted to bomb Assad, which somehow contributes to the growth of ISIS.


Is he aware of the fact that until this week, or it was last week when ISIS took over Palmyra, ISIS had not once taken a city or a town from the Assad government? Every place it has taken over was swallowing up territory from anti-Assad insurgents, some religious, some jihadist, some secular, some sort of pro-Western, you would say. That’s where their growth has been.

He doesn’t even understand that ISIS and the Assad government, until last week when ISIS grew so strong that it could be bold and invade, essentially, Assad territory, Assad and ISIS has had this cozy, tacit, non-aggression agreement, where they essentially split the country in two, and Assad relied on ISIS to swallow up all the anti-Assad opposition.

So that’s number one. This is just, if he thinks that we’d be helping ISIS by attacking Assad, we didn’t do it. But that’s not why ISIS rose. It took over in the areas of Syria where there was no government presence.

Number two, the idea that these weapons that we had given, well, that mostly occurred in Mosul. That was the outer region, that’s after ISIS had taken over Syria. That’s after ISIS had already swept into parts of Iraq. And yes, it got a lot of weapons at the end.

And I think our policy is misguided to arm the Iraqi Security Forces, which are unreliable, as our own Secretary of Defense has said. They don’t have the will to fight. But that’s not our mistake.

The big mistake is saying that it’s not; we should not be refraining from sending weapons. We should be sending them to the right people, to the Kurds who want to fight and who are pro-American, and to the Sunni Anbar tribes, the few remaining right now, because it’s so late in the game, who are pro-American and desperate for weaponry to fight off ISIS. One of the leaders of the tribe said last week after Ramadi that they have to go out and to purchase their own bullets.

What are we doing? Pouring money into a government in Iraq that has an army that doesn’t want to fight, and a government that is heavily influenced by Iran.