These CCP Threats Are Only Made To Throw The Media And Politicians Off Their Case, They Already Own Biden 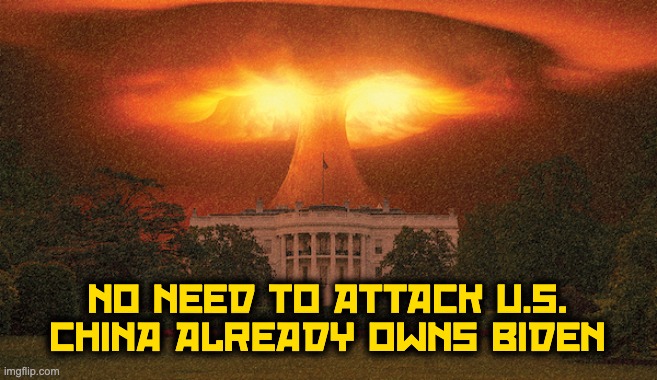 China’s government-owned media organs are rattling their sabers, reminding the world that they are a nuclear power, and aren’t afraid to throw their weight around to keep the USA from holding China accountable for a variety of untoward actions, ranging from their economic double-dealings to their infiltration of institutions around the world or the obvious systematic cover-up we saw in the wake of the spread of COVID, and so on. CCP state media propaganda

Remember this story the next time Hollywood, the NBA, Disney, or Big Tech openly appease the unreasonable demands of the power-mad Chi-Com dictators.

Those of us who grew up in the 80s know what it was like to think of World War III as an eventual certainty. The Cold War would eventually heat up, and the showdown between American and the USSR was a question of ‘when’ and ‘where,’ not ‘if.’

If we had hoped that the fall of the USSR would lead to a future where the words ‘Nuclear Winter’ would never again be spoken in anything other than a historical context, this story would come as bad news.

[Considering it would only take one nuke detonated at altitude to wipe out the power grid, this might be a good time for us to remind our leaders that hardening our electrical grid against man-made or solar Electromagnetic Pulse (EMP) is a long-neglected infrastructure priority. 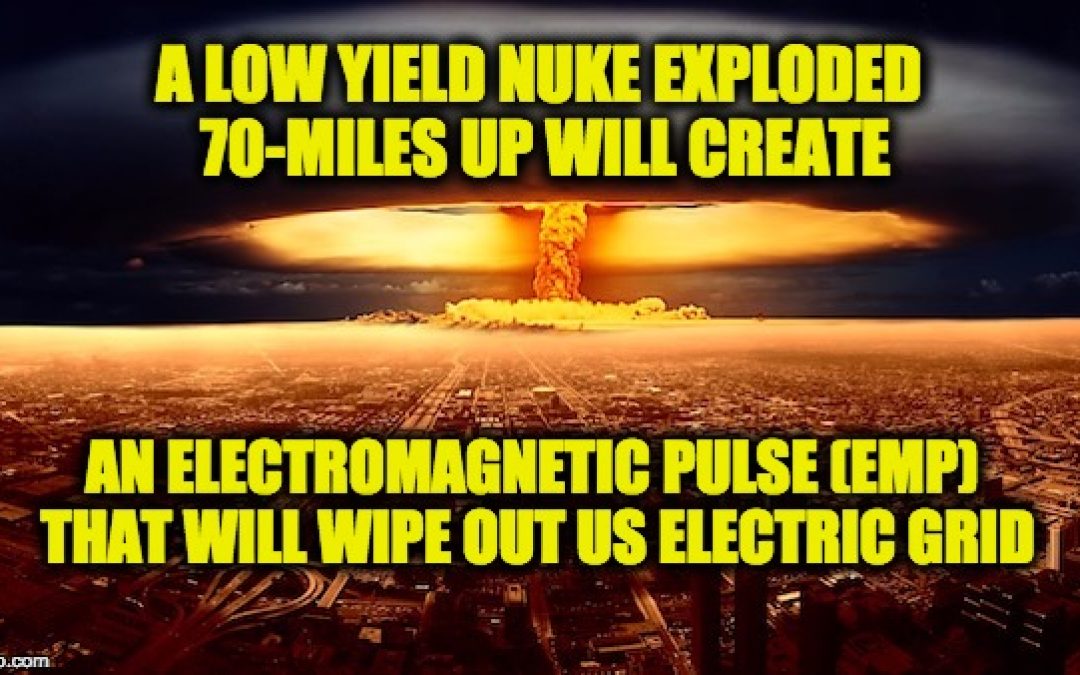 It is widely speculated that China is posturing to make some aggressive advances against their neighbors in the near-term future. They are talking tough and counting on America having become too soft and timid to do anything to stop them [Beijing Biden?].

In response to Biden finally being shamed into investigating the Lab Leak theory (reopening the investigation that his own administration had just closed), State-Owned media mouthpieces in China responded with this message… Understand that with China’s state-run media, editorials such as the one below are pre-approved by the CCP. The editorial that started it all appeared in China’s state-run Global Times:

As the US strategic containment of Chinas has increasingly intensified, I would like to remind again that we have plenty of urgent tasks, but among the most important ones is to rapidly increase the number of commissioned nuclear warheads, and the DF-41s, the strategic missiles that are capable to strike long-range and have high-survivability, in the Chinese arsenal. This is the cornerstone of China’s strategic deterrence against the US.

We must be prepared for an intense showdown between China and the US. In that scenario,  a large number of Dongfeng-41, and JL-2 and JL-3 (both intercontinental-range submarine-launched ballistic missile) will form the pillar of our strategic will. The number of China’s nuclear warheads must reach the quantity that makes US elites shiver should they entertain the idea of engaging in a military confrontation with China.

On this basis, we can calmly and actively manage divergences with Washington to avoid a minor incident sparking a war. US hostility toward China is burning. We must use our strength, and consequences that Washington cannot afford to bear if it takes risky moves, to keep them sober.

That brings us to the end of the ‘news’ part of this article. But it should be obvious to any reader that a potential nuclear provocation should prompt serious questions from the American (or, in the wider sense, Western perspective).

The threat, however, was probably not made to warn Beijing Biden. The Chinese published the op-ed in reaction to a call for an Investigation of the COVID-19 source. Biden resisted the calls for an investigation until they came from his protectors in the MSM and members of his own party. China’s op-ed was meant for those Americans, not Biden. The POTUS is their friend. Despite decades of Chinese tariffs, stealing American intellectual property, territorial water disputes, propping up North Korea, atrocities against its own people, etc., Joe Biden was (and still is)  a supporter of the CCP.

On May 1st, 2019, Biden mocked President Trump for believing China was a threat.

The future President doubled down on his stance two weeks later in New Hampshire:

And don’t forget that Biden’s son Hunter has a special relationship with the Communist nation. As revealed in Peter Schweizer’s book Secret Empires: How the American Political Class Hides Corruption and Enriches Family and Friends:

In December 2013, Hunter traveled to Beijing aboard Air Force Two with his dad, VP Joe Biden. Coincidently (if you believe in coincidences), ten days later, “Hunter’s company, Rosemont Seneca, became a partner in a new investment company backed by the state-owned Bank of China.” They called the new company Bohai Harvest RST (BHR).

In a NY Post article summarizing the Hunter Biden/China part of his book, Peter Schweizer wrote:

Via a statement by his attorney on October 13th of 2019, Hunter Biden announced his intention to resign from the board of directors of BHR, the Chinese investment company he helped to create by October 31st, 2019. As of 2020 Tax Day, He did resign from the board, but as of 4/30/21, he still owned a 10% share of the firm.

The bottom line is don’t worry about CCP threats. They are only made this one to throw the media and politicians off their case. They know that Joe Biden is on their side.

Part of this post was first seen at Clash Daily