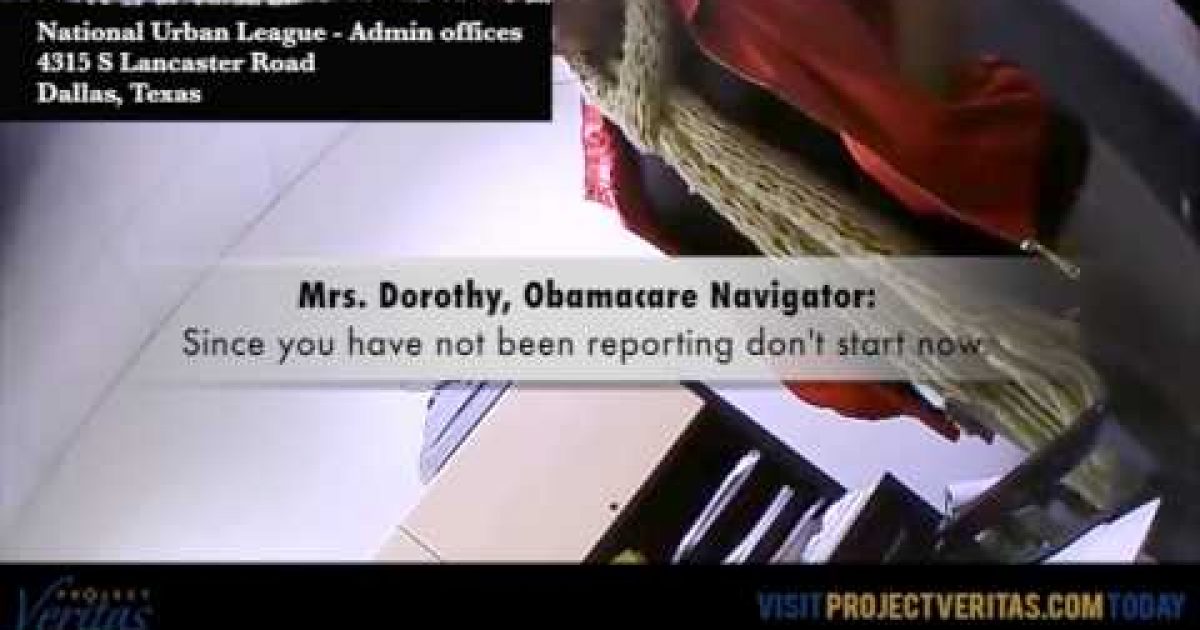 James O’Keefe’s Project Veratas has exposed another government scandal, and this time its about Obamacare (see video below). This latest Project Veritas  investigation exposes Obamacare navigators counseling applicants to lie about their income and deceive the IRS, commit fraud on applications by not reporting full health history, and more.  Heck, why should the President be the only Obamacare liar:

“This investigation shows just how vulnerable Obamacare is to fraud,” said James O’Keefe.

“Taxpayers loose billions due to Medicare fraud and there is a clear possibility of billions more being wasted under a government-run health care system costing taxpayers $1.7 trillion.”

Obama Administration’s campaign to sign everyone up for government healthcare inspired Project Veritas to go straight to the source and investigate what’s really going on.

What we found is shocking: navigators, in positions of public trust, told our undercover journalists to lie and defraud the government. Over and over again.

Yes, as if the roll-out of Obamacare hasn’t been disastrous enough, Project Veritas has caught Obamacare navigators counseling citizens to lie about their income and deceive the IRS, commit fraud on applications by not reporting full health history, and worse.

Despite reassurances that “fraud could not be committed,” clearly, that is not the case.

“You lie because your premiums will be higher.”

“Never report it … I always lie on my applications.”

Lets see if the MSM picks up on this one (I doubt it). Watch the video below.

In a statement Tuesday, the Urban League said it “does not condone, nor would we ever sanction, misleading the public or any individual who seeks our assistance about any issue, and particularly in this case, an issue as critical as health care,” KDFW-TV reports.

A “part-time receptionist trainee” was fired, who was reportedly not authorized to speak on behalf of the Urban League or act as an Obamacare” navigator. Further, the organization said it condones “decertifying” the three “navigators-in-training” seen in the video.